Sparring can be constructive, but personal attacks are juvenile. 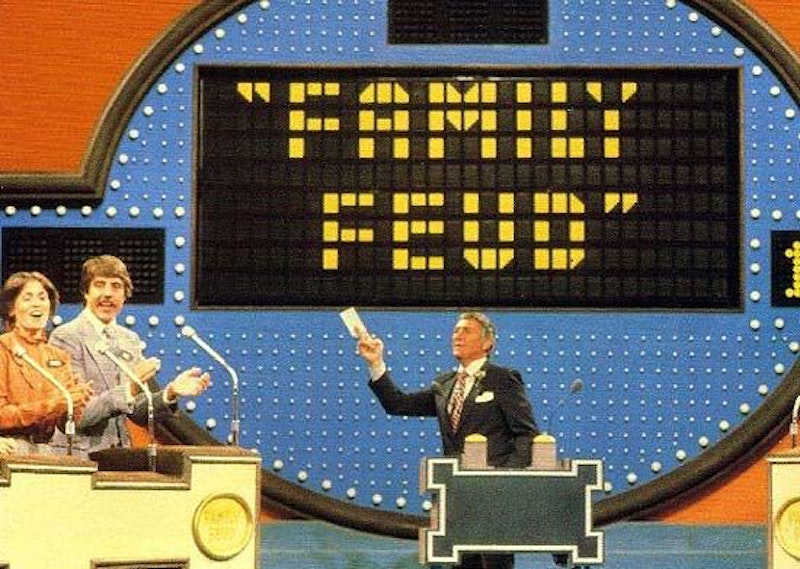 If you write for Splice Today long enough, you’ll eventually write a rebuttal to Noah Berlatsky. Since Berlatsky is a friend, and we're often on the same page on many topics, I haven't felt much need to refute anything he's had to say. When I've written rebuttals to other writers, it's usually because I think their initial arguments are very wrong or incredibly strange—sometimes both.

In the case of Andrew Moody's recent review of Berlatsky's book, Nazi Dreams: Films About Fascism, I was disappointed to see that it was written more for the purpose of executing a personal vendetta than an actual review. I’ve considered Moody, a Londoner, something of a friendly acquaintance; he sent me a copy of his novel, Smoking Is Cool, when I'm not sure he could afford to. I've admired his courage and candor in writing about his personal experiences with addiction and homelessness. I’ve also appreciated his enthusiastic encouragement of my own work.

The conundrum I face is that, as I reviewed some of Berlatsky's previous work, I realized that he’s prone to personal attacks. This is a frustrating feature of writing online—the cycles of feuding and fighting, which does more to stoke animosity and resentment than explore ideas. While I can't take on the entire Internet, I can tell my friends when they have the equivalent of food in their teeth.

Berlatsky has a knack for finding bigotry under every rock he turns over. While I'm enough of a nerd to find some of the historical references he puts forth fascinating, many find this habit to be one of P.C.-culture's excesses. Moody’s one of those people. Moody also regards Berlatsky's style to be an academic snoozefest, in addition to warehousing condescension. Moody likens Berlatsky's style to Laurie Penny, which I don't agree with. I think Penny's prose style is punchier, and if there's any feminist writer and cultural critic I’d compare Berlatsky to, it's Susan Sontag.

Moody frequently attacks Berlatsky for too often comparing Donald Trump to Adolf Hitler, but doesn't expound on the criticism. It's a shame, because I think this particular critique has some merit in that it’s become a bad habit for left-leaning writers. It's intellectually lazy, and I worry that repeated use of this trope creates a boy-who-cried-wolf effect. But, as Berlatsky himself points out, Nazis are Hollywood's favorite villains. By relying too much on Hitler comparisons, we deny ourselves the opportunity to explore the atrocities of other fascist regimes, like Franco and Mussolini. The fascism of Nazi Germany existed on a more extreme scale than in Spain and Italy; by overlooking the smaller ways that fascism manifests is to lose sight of its full context.

The difficulty in assessing the quality of something like Nazi Dreams is that some analyses work better than others. I really liked Berlatsky's analysis of Dirty Harry because it delved into the underlying narcissism that authoritarians are prone to. It also gives him a chance to explore small-scale fascism. I thought the weakest was the Casablanca piece, where Berlatsky's modern-day view takes us too far out of the plot, pondering side characters who were given little exposition.

Moody's own arguments in regard to Nazi history are too close to conspiracy theory territory. While I don't deny Hitler's occult interests, it overlooks the anti-Semitic animus that allowed him to thrive. Moody is right to describe the Aryan Superman theory as "hateful racism" and "a hair-brained vision of ultimate political progress," but to suggest "there are many modern schools of thought that share the Nazi approach to weaponized debate, however objectively correct the opposing view may be" is rich.

An obvious refutation is that I've let my own friendship with Berlatsky cloud my judgment. I won't deny it, but I try to be as fair as possible. When I wrote a rebuttal to a couple of articles by Dennis Prager, my mother looked at a draft and said it was terrible because I went too heavy on personal attacks. Another friend suggested that I keep my focus on the content of articles I was refuting, instead of trying to take on conservatism itself. I believe the end result was a better, more focused essay. Since Moody likes to think of himself as a gangster, I'd like to see him approach this sort of writing more like Michael Corleone—it's not personal, it's business.