People like to talk about art. Why shouldn't they? 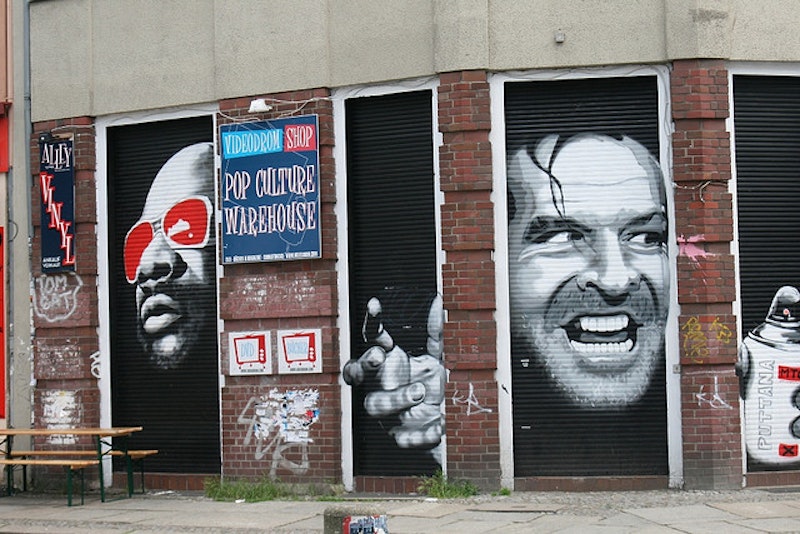 Writing about pop culture is frivolous and masturbatory. Sit-coms, romcoms, Star Wars movies—they have no real point beyond providing mindless entertainment and distraction. Who cares whether Sherlock is homophobic? What does it matter if Dr. Strange uses Orientalist tropes? Complaining about the politics of pop culture doesn't help anyone. Give money to charity or something worthwhile, and keep your moralistic cantankerousness off the Internet.

These are common complaints, reiterated with more or less nuance by Splice Today's Booker Smith. Smith wobbles a bit; he admits that analyzing pop culture is worthwhile, but feels it has gone too far. "Recent coverage has shown itself to be overly biased and increasingly pointless," he insists vaguely, before launching into criticism of think pieces he doesn't like (including mine). But surely if people talk about pop culture, some will say things that you disagree with? Is that a reason to abandon discussion of pop culture altogether?

Perhaps it is—if you don't think there's much in pop culture to discuss in the first place. Pop culture is there to be enjoyed; thinking about it is beside the point. Those who do think about it, therefore, don't really mean it. They are poseurs, claiming to care about the stalker narrative in Passengers to score feminist brownie points. Politics and art don't have anything to do with each other, so when people complain about the politics of art, they must have ulterior motives.

But is the enjoyment of art really divorced from all brain functions? Overt racism or sexism in art often irritates and depresses me, and I doubt I'm the only one. Thinking about what art means is a part of the enjoyment of art. Passengers muses obsessively on the ethics of stalking; how can you respond to the film without engaging with that? Sherlock's Watson reflexively, repeatedly denies that he is gay; homosexuality and homophobia are part of the content of the series. You're supposed to giggle and find Watson's disavowals funny; you're supposed to agree with Passengers when it tells you Jim is a good guy and the stalking was fine. No doubt some people do. But if you don't agree that Jim is a good guy, the fact that the film keeps telling you that he is will interfere is going to affect your experience of the art.

Okay, you may say; so you didn't like the film. But why write about it? Why do other people have to know you didn't like it? Why not just shut up and change the channel? Well, part of the enjoyment of art is talking about it. Art's a form of communication, after all—and communication tends to lead to more communication. Art isn't a private experience. People like to share thoughts on what they love and what they don’t, on why Passengers is terrible or Rogue One is great.

Inevitably, many of those conversations will be about politics. If art is a conversation between people, politics is a description of power relations between people—power relations that have to be negotiated and enforced through communication. Rogue One is about heroes resisting oppression. One way or another, if you talk about the film, eventually you'll get around to talking about people resisting oppression. Westworld is explicitly and implicitly about rape and slavery; responding to the show is going to involve thinking about rape and slavery.

You could certainly argue that Harry Potter and Rogue One are banal, and that it’d be better to talk about, say, 1984. And sure, I like Orwell better than J.K. Rowling. But that doesn't mean Rowling is worthless or no one should talk about her books.

Pop culture think pieces can be irritating for the same reason any art can be irritating—because they can be poorly thought through, badly written, or you disagree with the argument. By all means, if you don't like pop culture criticism, don't read it. But there's nothing sinister or debased about the fact that people talk about art and how it intersects with culture and politics. And if, like Smith, you write think pieces about think pieces; well, there's no shame in that either.