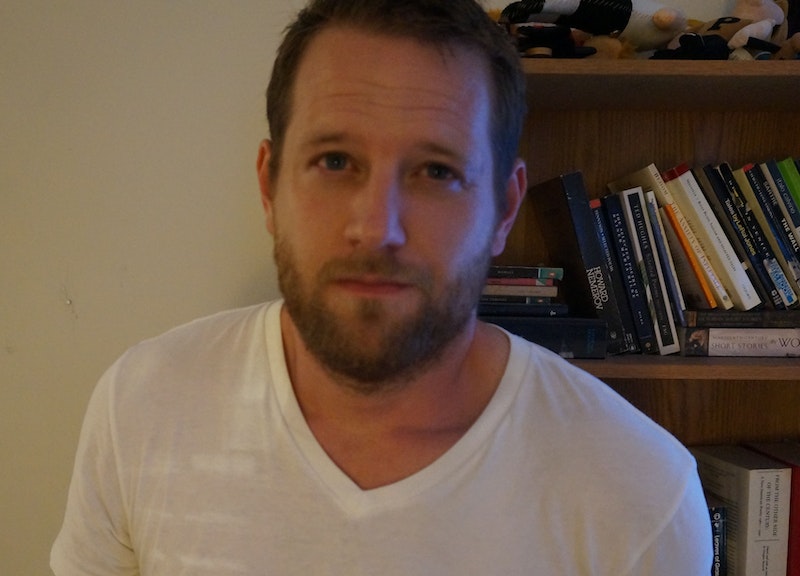 As you've probably noticed, the rant above is at best hypocritical, and at worst incoherent burble. You can't spew bile at people for spewing bile and expect anyone to take you seriously. When you are taking a stand for sweetness and light, you need to be kind and friendly and cuddly, and not write like a belching toad squatting in bilious ponds of pique and self-pity. If you're going to be positive, be positive. If you're going to be negative, be negative. But you can't rant and rave about the evils of ranting and raving. Any fool can see that.

Freddie deBoer is not just any fool though. In a recent piece on Medium he accuses the whole world of being nasty little interfering police judging each other's opinions and actions—and then goes on to whine about the awfulness of everybody else's opinions and actions. "That’s what liberalism is, now — the search for baddies doing bad things, like little offense archaeologists," he screams in a rapture of indignation and offense. It is an outrage, says deBoer, that people accused of sexual harassment have their careers damaged. It is an outrage (an outrage!) that Minecraft is going to fix its game so that kids don't think you can feed chocolate chip cookies to parrots.  Minecraft patches for parrot cookies are what is wrong with the left. Who knew?

DeBoer even takes a moment out to sneer at gay people these days who are so square and conservative and unhip that they want marriage equality. When he was young, he says, his parents were friends with queers and artists, "the kind of queer people who wouldn’t get caught dead getting married." Gay people, until recently, were actually legally unable to get married, yet somehow now gay people getting married are on the side of the cops, and deBoer is on the side of radical and unconstrained awesomeness when he (ahem) polices their life choices.

DeBoer would no doubt scream in outrage (outrage!) that I am policing him. How can I presume to judge his judginess? Is not his judginess free and radical and hip, bursting with bohemian suchness? How dare you, sir? How dare you? Luckily, I don't have to judge deBoer. The greatness of deBoer is that he is so perennially confused and dunderheaded that he always takes care to be on two sides of an issue. In every deBoer article, there is the deBoer who is self-refuting, and the deBoer who is self-refuted. One need not judge him; one need only pick which sad little deBoer to champion.

In this case, I think the deBoer who embraces bile and negativity is right. The world is filled with cruelty and injustice. Writers—and for that matter citizens—have a duty to criticize and protest and call for a better world.  You should try to make those criticisms in a way that actually does good rather than harm; being careful and recognizing people's humanity is important. Ideally, you shouldn't trivialize policing issues by pretending that folks who criticize you are equivalent to cops, for example. You shouldn't sneer at queer people you don't like in order to say that you are queerer and cooler than they are.

But holding people accountable isn't wrong. Asking people to live ethically and treat each other better isn't an insupportable intrusion on freedom. Building a better community and country means expecting more from each other. If deBoer didn't believe that, in his own dim way, he wouldn't have written his post.