A fascist around every corner. 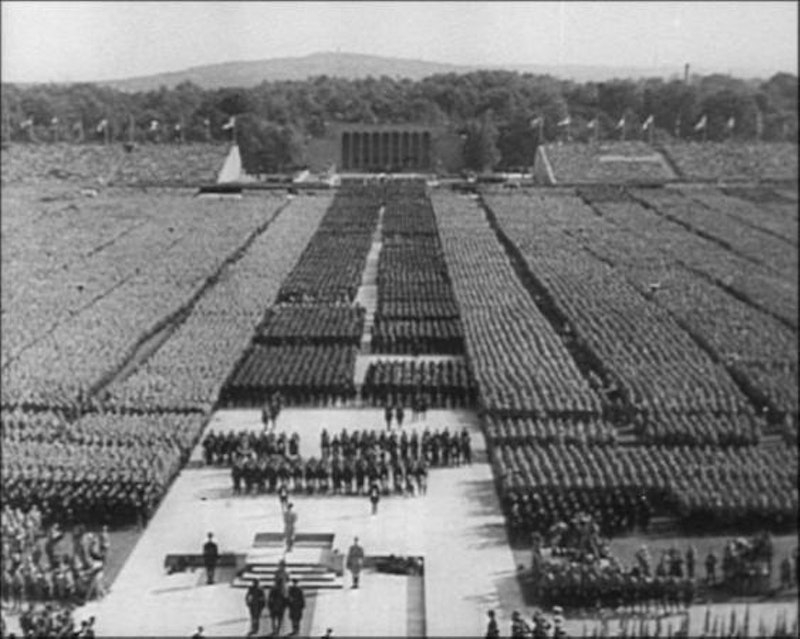 I read two of Splice Today contributor Noah Berlatsky’s non-fiction books. I borrowed them on Kindle Unlimited, so I didn’t contribute to his purse.

Berlatsky is American, and American journalism today is almost always a response to Donald Trump since it’s impossible to escape his shadow. One could argue that Brexit overwhelms British political writing. Political correctness is a tool of the totalitarian mind, and those on the left are far more willing to use language as a weapon to neutralize threats to their agenda.

Berlatsky’s book Nazi Dreams: Films About Fascism states: “Learn how to identify Nazis and punch them in the snoot!” It’s short, but still a chore to read. It’s essentially a collection of film reviews that the author is attempting to re-define as fascist, including Casablanca and Dead Poet’s Society. On a chapter about The White Hotel, Berlatsky writes:

“The soul of man is a far country, which cannot be approached or explored. Most of the dead (at Babi Yar) were poor and illiterate. But every single one of them had dreamed dreams, seen visions and had amazing experiences, even the babes in arms (perhaps especially the babes in arms) Though most of them had never lived outside the Podol slum, their lives and histories were as rich and complex as Lisa Erdman-Berentstein’s. If a Sigmund Freud had been listening and taking notes from the time of Adam, he would still not fully have explored even a single group, even a single person.”

It’s written with the same mock authority, and patronizing, contemptuous tone, as the worst writing of the academic left, typified in my mind, certainly in London, by the intersectional manifestos of Laurie Penny. The above quote is a typical nonsense theory that reinforces the fallacies of “white” and “male” privilege, and the passionate, if misguided critical theory that’s taken over Western college and university humanities departments. The hard academic left believes it’s on the right side of history, regardless of proving their argument in any considered way, and will ruthlessly oppose any argument to the contrary.

In this respect, Trump is the equivalent to Hitler for them, and Berlatsky’s book is peppered with tenuous references to the president, linking him to the Fuhrer. Berlatsky delights in the cognitive dissonance of others, although his own may prove to be too painful for him to handle.

The writer claims to understand Nazism in a way that you don’t (Berlatsky’s arrogance is always off-putting), typical is of regressive left ideology. The Nazi use of symbols is well-documented, but Berlatsky believes he holds the intellectual key. He’s now deigning to tell you about the world, by showing how representations of Nazism in cinema are biased, white propaganda, in order to prove that rich, white heterosexual males are the only true Nazis, and they should be wiped out.

I watched Hitler: A Career, the documentary by Joachim Fest, as I tried to articulate what I thought the most contemptible irony of left-wing academic thought, the hysterical use of the term Nazi as a short, all-encompassing dismissal of an intellectual opponent. Berlatsky has a deep-rooted fear of male violence, which reminds me of a London Times article released around the time of the 2017 UK General Election, which said that weaker men tend to vote socialist.

“When you’re fantasising about action,” Berlatsky warns in a conclusion to a chapter on the fascist themes of Paul Verhoeven’s Total Recall, “you can be made to do anything.”

Nazism is an occult theory, originating with unemployed, socially awkward artist Hitler, and branded with his prison memoir/manifesto Mein Kampf. At the turn of the 20th century, and after the First World War, many other occult projects were vying with Nazism for potential dominance in Europe. If we set aside the hateful racism of the Aryan Superman theory, the Nazis’ hair-brained vision of ultimate political progress, there are many modern schools of thought that share the Nazi approach to weaponized debate, however objectively correct the opposing view may be. As Hitler said, “You make a mistake if you see what we do as merely political.”

Berlatsky mistakenly believes he was rewriting history with Nazi Dreams: Films About Fascism, finally telling his audience why white, heterosexual males are the true fascists. However, as a work of academia, it’s hysterical and lazily researched, picking films to designate fascist almost randomly.

There are many good books on Nazism: this isn’t one of them.