Tommy Robinson’s Fall and the Rise of British Islam

The celebrity criminal is all wrong about Islam. 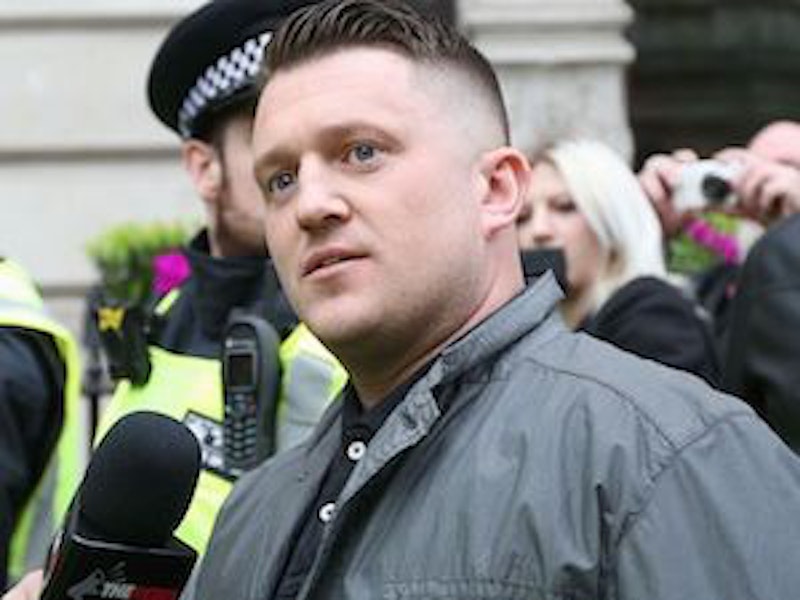 As I wrote several weeks ago, I’ve known many Muslims and my perception of them (despite the majority being crack and heroin dealers) is that they’re strong, self-reliant, and polite to anyone who isn’t their victim. Even though there were some Jamaicans in my hip-hop trap house, the vast majority, including my ex-girlfriend, were Somali Muslims.

According to author James Fergusson, “An estimated two million Somalis have fled abroad during and since the civil war of the 1990s, putting down roots in almost every country in the world. But many young Somalis, most of whom left when they were small children and are now typically in their early twenties, have failed to adapt as they should to life in the West, leading to all kinds of troubling social problems. Young Somalis everywhere, in Canada, America, Europe and Australia, are noted for their atrocious performance at school and high levels of unemployment. Somali street gangs have also become a by-word for lawlessness and violence.”

However, they were my friends, and Islam was defined as a warrior religion. I decided then that I identified as part Muslim (and still do). In defense of their career options as drug dealers, they weren’t like the psychotic white dealers I’d met. They simply did it because they had no benefits, no job opportunities, no education, and no other choice. It’s not much of an excuse (and many of them are now in prison) but I still pitied them. Around the time of the trap house in Vauxhall I wrote a glowing review of the ISIS drama The State, which was one of the most thoughtful TV shows I’d ever seen, and certified that it was not Islam the religion that was the problem, but Islamic fundamental psychopathy, which is very different.

Two years ago I wrote a defense of Tommy Robinson, which describes Robinson’s aggressive, atheistic view of Islam. He recently wrote a book called Mohammad’s Koran, an attempt to destroy the religion and rile up the uneducated right. I found poorly researched and unpleasant. He was set up by the police (or MI5) and sent back to prison for no real reason, as detailed by Chris Beck.

But the truth is that Robinson is an ex-convict (while in prison he enjoyed the fruits of his criminal reputation) who attempted to become a celebrity, and if you know anything about the UK police, there’s nothing they hate worse than a rich, famous criminal.

Philosopher John Gray wrote in Seven Types of Atheism: "In the twenty-first century a potent source of faith-based violence has emerged in Islamist movements, which blend ideas borrowed from Leninism and fascism with fundamentalist currents from within Islam. It is true that slavery and torture were flaws of pre-modern societies… Slave auctions in the so-called Caliphate established by the Islamic State in parts of Iraq and Syria were advertised on Facebook. Human trafficking flourishes throughout much of the world. Torture has been renormalized. Banned in England in the mid-seventeenth century and in Europe by the Habsburg empress Maria Theresa in the late eighteenth, the practice was revived by the world’s pre-eminent democracy when George W. Bush sanctioned it in the run-up to the invasion of Iraq."

I currently live (for my physical safety following violence that emerged in my hometown in June) in a recovery mental health center. One of the women who works here, Zeeta, wears a hijab and brought me in a lavish English translation of the Qu’ran.

It seems that both sides, the West, and the Middle East, have made errors and committed heinous crimes, since we’ve been at war for 15 years. I admire many Muslims, and it’s time to allow them to enjoy the economy and the benefits of the West. The vast majority of Muslims I’ve met in and around London are hardworking, strong and disciplined, and as I continue carefully reading the Qu’ran, I’m convinced that the way to peace is communication, not Tommy Robinson’s anti-Islamic, self-imposed, criminal martyrdom.