The Need for Muslim Reform and Integration

Tommy Robinson's not all wrong. 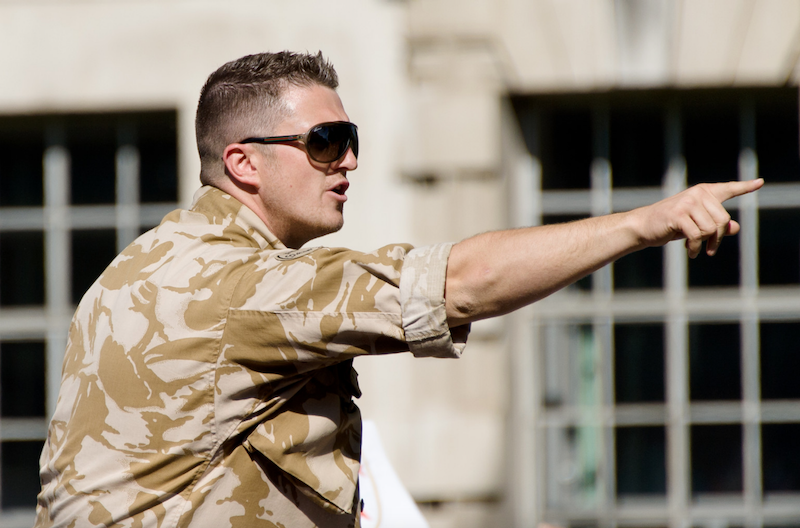 I just assumed Tommy Robinson was a neo-Nazi. I’d vaguely heard of the English Defence League (EDL), but wrote them off as a far-right group not worth my attention, one that would eventually collapse from internecine strife. I started to delve deeper, reading Robinson’s memoir Enemy of the State.

I was raised in Bromley, in middle class areas that didn’t have a large Muslim population. Robinson (real name Stephen Christopher Yaxley-Lennon) was raised in Luton, a racially-divided town 30 miles north of London where white, working class people are, according to him, an ethnic minority. There are places where you’d almost never see a white face. Burkas are commonplace.

“Am I jealous?” he writes in Enemy of the State, “not so much jealous as resentful, I think. [In Luton] it seemed like there was no shortage of money to buy the friendship and respect of a group of people who just took it and laughed in our faces.”

Robinson has been to prison on numerous occasions, and the book is in part a gripping and instructive prison memoir. Lily Allen, who recently accused him of racism in a highly publicised Twitter spat, would have no frame of reference to understand the life and death stakes of British jails, and it’s the worst sort of safe space, elitist, upper-middle-class leftism that she’s employing here. Robinson is no racist, but he did trigger a reaction, and that was enough, in her cloistered worldview, to denounce him as a fascist. Despite racist elements within the English Defence League, he dedicated himself to rooting them out, before exhaustion and persecution drove him to abandon the protest group. He dismisses the BNP as “a right set of wankers, that lot.”

He has read the Qur’an, and has Muslim friends. This makes him a compelling character, seeing as the criminal justice system and MI5 tried to portray him as a potential Oswald Mosley. Allen is simply reinforcing this stereotype, and even though I’m a fan of her music, her reputation (echo chambers aside) will suffer.

Robinson has spoken at the Oxford Union (shortly after being released from prison) and is active on Twitter. His Wikipedia page describes him as “an activist.” All this is encouraging, but Shelina Janmohamed’s single sentence description of the EDL as “a far-right British Supremacist group” in her well-meaning, progressive Generation M: Young Muslims Changing the World raises questions about the state of free speech within British publishing. Are moderate Muslims given carte blanche to cash in where white working class men are being silenced?

“Why aren’t entire Muslim communities,” Robinson asks, “as opposed to a few individuals (who happen to be making a good living out of their token gestures) taking on the extremists and criminals?”

The EDL were met with counter protests from Unite Against Fascism when they marched on Rotherham to condemn the child prostitution rings organised by Muslim men that saw over 1,400 white victims of grooming over a period of 16 years. The mainstream media typically took the side of UAF in reporting the story, despite Robinson saying: “When I sat in jail, everything we were ridiculed over, everything we were told was promoting hate and creating division, all of it is now public knowledge.”

Even PM Theresa May said that the failure of the Rotherham enquiry was due to “institutionalised political correctness.” With the success of the right wing in 2016, first with Brexit, then the election of Donald Trump, conservative figures are both more prominent and more criticized by a wounded liberal media who never predicted either event. That all Brexiteers are “racist xenophobes,” and all Trump supporters “deplorables” is simply untrue, but there are many who take it as hysterical fact. Robinson is unfairly written off a Neo-Nazi by vast swathes of the politically correct left. Unsurprisingly, given his rhetoric on Muslim immigrants, Robinson is a Trump fan, and I can see him gaining more popular acceptance as Trump settles into his presidency. I predict a far more conservative future for the western world in the next four years, and Robinson’s anti-Islam message gaining more widespread support. The ISIS-claimed terror attacks in Berlin and Istanbul, coupled with the nationalist power politics in France, Holland, and Germany, could see a massive upswing in anti-Islam support. I find myself sympathizing with Robinson when he writes about living in racially-segregated Luton, since unlike liberal critics such as Gary Linekar, Piers Morgan, and Lily Allen, who live in mansions in predominantly white areas and send their children to private school, he, as a working class man, will have to deal with the Muslim migrants. And it’s Islam, not non-whites, that he’s opposed to.

“There is no separation of religion from politics from culture from law in Islam,” he writes in his memoir, “that’s a 7th century problem. It’s too medieval to progress anywhere.”

When he talks about Quilliam’s Usama Hasan telling him that “It’s a 90 percent proportion [of Muslims] supporting right wing, conservative Islam and a Sharia state, and only 10 percent with a moderate and modernist British viewpoint,” I’m reminded of the recent poll of British Muslims which discovered that 43 percent of those 3,000 polled believed in implementing Sharia Law in the UK, and only four percent believed Al Qaeda were to blame for 9/11. In a foreword for the report, Labour MP Khalid Mahmood said: “This readiness to believe in conspiracy theories and the mentality of victimhood to which it speaks is having a pernicious effect on British Muslims and the way they see the world. It is holding us back—as a community—and ensuring that we remain locked in a paranoid and at times fearful worldview."

The argument that all Muslims are extremists, involved in heroin dealing and grooming rings is simply wrong. Anybody who writes Tommy Robinson off as a far-right extremist is just as wrong. What Robinson’s saying is that it’s not up to Britain to reform the aspects of Islam that don’t fit into Western, liberal societal norms but the Muslim community’s responsibility. I hope that the left-wing critics he so vociferously attracts will take some time to finally listen to him.