Is Anne Applebaum right about the Russian-Ukrainian conflict? 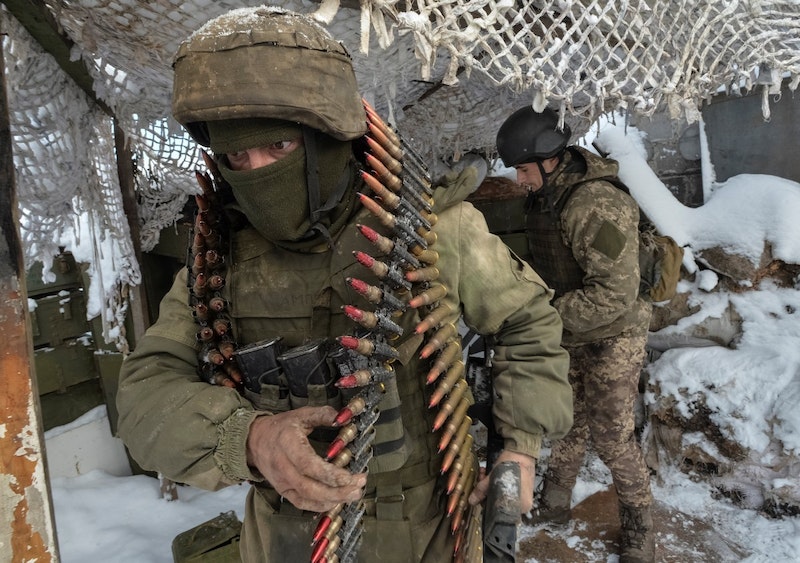 While waiting at the hospital for an MRI (related to the ongoing health problems I’ve alluded to in this space) I did something uncharacteristic. I picked up a discarded copy of The Washington Post and read an op-ed column by Anne Applebaum, on the Ukraine’s increasing independence from its Holy Mother, Russia.

Usually I’m unsympathetic, to say the least, to what a professional anti-Russian racist like Applebaum has to say. But this time it startled me. It’s possible that my anxiety about my health had degraded my usual emotional and intellectual defenses.

Applebaum adduced certain alarming facts. The violent tensions between Russia and that breakaway region of it that we call “the Ukraine” were, she said, having effects the opposite of those that we paleocon worshippers of Russia, the Kremlin, and its church have hoped for, and have been cheerfully expecting. Far from returning the Ukraine to the stern embrace of its God-appointed master, the Russian Federation, the current Russian-Ukrainian conflict was shoring up Ukrainian independence and strengthening the Ukrainian national idea.

The Ukrainian language, she implied, was now more widespread than ever in the Ukraine, as Ukrainians recoiled from speaking the Russian of a country that they now considered an aggressor, rather than a fraternal neighbor.

Russia, on which the Ukraine had economically depended for 1000 years, is no longer the biggest buyer of its food, having been replaced by India. Since air travel between Russia and Ukraine has been suspended, Ukrainians instead simply go to Europe—to which they can now travel without visas. They thus expose themselves more and more to the seductive blandishments of that decadent continent’s scarlet fleshpots—and become more and more comfortable with the West, Russia’s great corrupt nemesis.

Worst of all, the Ukrainian Orthodox church has—blasphemously, tragically, disastrously for Moscow—broken with the Moscow Patriarchate.

I could go on with such details, but Applebaum’s point was simple, and brutal. Putin, it seemed, had managed to do what no Russian leader before him had ever come close to doing: “lose” Ukraine in a spate of world-historical foreign policy ineptitude.

Again, I’m generally uninclined to take the word of an Applebaum. But like I said, I’ve heard mutterings to the same effect from Russian fellow members of my congregation. These are secret mutterings, to be sure, muttered sotto voce out of the corners of mouths—because our doughty Russian priest, Father Nicodemus, tends to be severe, even violent, in the face of impiety.

A nurse (a Hindu by the looks of her) interrupted my depressing hospital meditations and I “snapped to it.” Washing the taste of Applebaum’s poison from my mouth with a drink of water from the cooler, I adjusted my smock, followed the woman down the hall, and bared my testicles to the penetrative surveillance of magnetic resonance imagining.

The question remains though: Is Applebaum—are my Russian fellow parishioners, with their superior knowledge of the post-Soviet landscape—right?

If so, we paleocons need to come to terms with a significant lacuna in our knowledge of the Russian and Ukrainian “scenes.” I’m one paleocon who has simply assumed that the media’s paleocon apologists for the wisdom and effectiveness of the Kremlin’s Ukraine policy—I have in mind the wonderfully groomed Greg Djerejian, or the range of charmingly thin-lipped and bespectacled heartland Protestant bigots (I mean that in a good way) who snuffle in The American Conservative—have known what they’re talking about. I’ve certainly taken them on faith.

I now wonder whether I should have.

I remember snickering as an old law school friend of mine referred to the pundit class as, collectively (and you’ll pardon the salty language), “a bunch of provincial American elite-credentialed mediocre untraveled semi-educated suburban pieces of shit.” I suppose that, in practice, I exempted from that judgment what I took to be the great learned super-geniuses of pro-Russian paleocon commentary.

Was I right to do so? Have I been deceived? Fake news, indeed.

The times are dire. We paleocons must look at the Ukrainian situation clearly, and without illusions. Are we receiving the right information? Is Applebaum (Apfelbaum), that spawn of Orchard St. peddlers, really more reliable on matters Russian and Ukrainian than, say, our great snuffling paleocon Orthodox intellectual hero, Yale professor Daniel Larison, that pure-blooded WASP prophet of the morality and strategic soundness of Russian military aggression?

Duty and humility decree that I find out. I will return to this theme.