The Delivery of Fake News

Facing global conflict on social media and in my driveway. 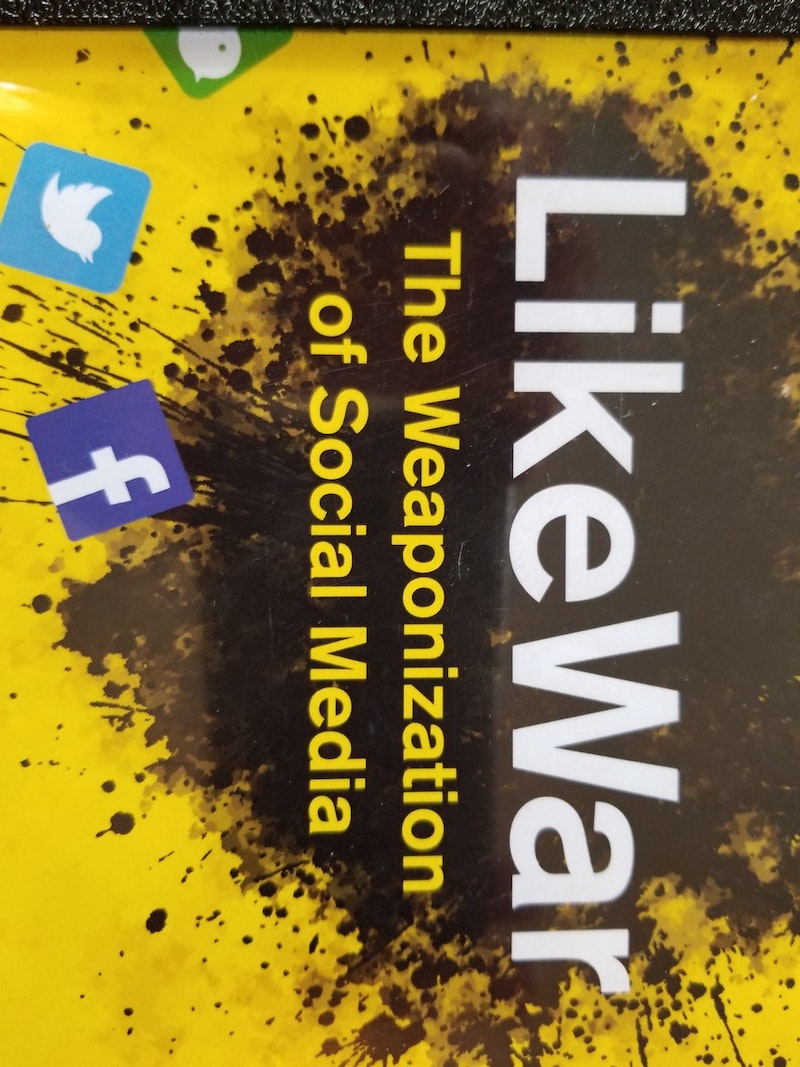 Election Night 2016. Early in the evening, before most results had rolled in, a grocery delivery truck arrived at my house in New Jersey. The driver was a young, wiry guy, probably early 20s, a U.S. citizen originally from Egypt. He was chatty, wanted to talk politics.

He asked whom I’d voted for, and I said Hillary. I didn’t give him the backstory that I’d been a Republican for over 30 years, until Trump clinched the nomination, and that I’d never voted for a Democrat for president before. I wanted to get the groceries onto my back porch.

He’d voted for Trump, he revealed, and didn’t want a woman to be president. (Democrats who assume immigrants from illiberal countries will vote Democratic, take note.) Moreover, he said, “Hillary sold weapons to ISIS.” He asked me why she did that; “for the money?”

Months later, I learned that “Hillary sold weapons to ISIS” was a piece of fake news that circulated widely on Facebook before the election. Plausibly, the young Egyptian guy was more likely than I was to see it, based on the demographics targeted for that particular falsehood.

LikeWar: The Weaponization of Social Media, by Peter W. Singer and Emerson T. Brooking (Houghton Mifflin Harcourt), is a new book that puts my little encounter into a grim, global perspective. It’s about a type of conflict that’s distinct from cyberwar; instead of networks being hacked, human minds get barraged with mendacity and manipulation. The combatants include governments, terrorist groups, criminal enterprises and potentially anyone with Internet access. The battlefield is one that’s designed to be personal: our social media feeds.

I recommend this book as a useful overview of this troubling new phenomenon. The conflicts are deadly serious. Singer and Brooking recount how ISIS rose to power in substantial part through its capacity to recruit and intimidate via social media. They describe how Chicago street gangs mark territory on Facebook and follow up with shootings in real life, and how the struggle between Israelis and Palestinians hinges on hashtags intertwined with bloodshed.

Singer’s a strategist at the think tank New America, an editor at Popular Science and author of several previous books. Brooking is a research fellow at the Council on Foreign Relations. Singer’s 2015 techno-thriller with August Cole, Ghost Fleet: A Novel of the Next World War, caused a stir with its depiction of a war in which China and Russia team up against the United States and rapidly gain the upper hand. Planners in the Pentagon and in foreign military headquarters reportedly paid close attention to Ghost Fleet’s imaginings of near-future weapons and tactics. The book also was a lot of fun, with plot lines such as whether a Chinese-American woman scientist can get a U.S. Navy railgun operational in time to deliver a surprise to the Chinese fleet.

LikeWar isn’t as much fun, partly because it’s not fiction and partly because the prospects for the good guys to make a comeback are taking a long time to emerge. Near the end, Singer and Brooking write: “Too often, efforts to battle back against online dangers emanating from actors at home and abroad have been stymied by elements within the U.S. government. Indeed, at the time we write this in 2018, the Trump White House has not held a single cabinet-level meeting on how to address the challenges outlined in this book, while its State Department refused to increase efforts to counter online terrorist propaganda and Russian disinformation, even as Congress allocated nearly $80 million for the purpose.”

For my part, I think all that will change, as a fuller picture is revealed about what happened in 2016. There will be hell to pay. I haven’t seen that grocery truck driver since Election Night. I wonder if he knows that he was duped. If he shows up in my driveway again, I have a gift for him: one review copy of LikeWar.