On deep background, MQ is diverted from mercenary activities abroad to visit a fellow Splice writer. 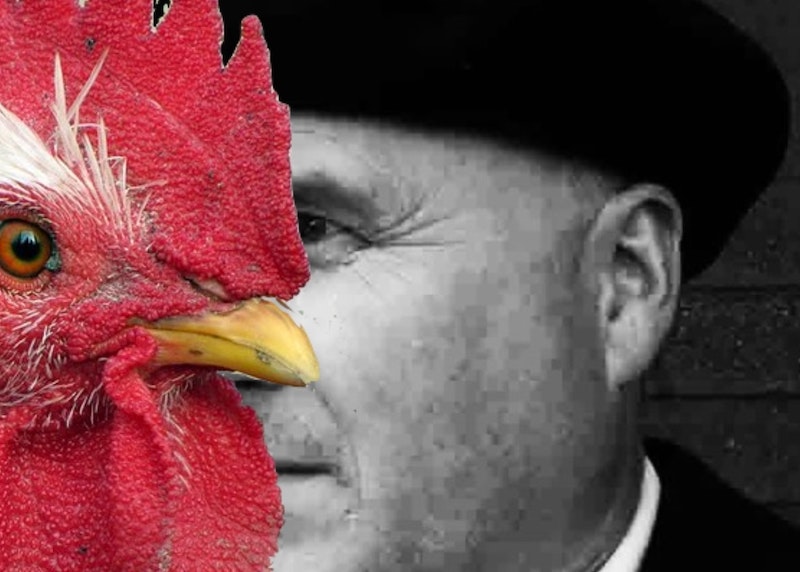 I’ve been in Rohinga killing child rapists for the past month, what did I miss? Let me ask my lawyer…… yes, I can comment on this. Our operation over here did a deep background investigation on Br*tt K*v*n**gh back when our President was considering him for the Supreme Court. Not a nice man—Bart, I mean. Let’s call him that. Spelling out his redacted name is… tiresome, to say the least. But it must be done in my line of work to protect the innocent and harm the possibly guilty or just plain unpleasant. So anyway, Bart O’Kavanaugh is a really bad dude. Multiple rapes, murders, embezzlement schemes, fraud, petty larceny, arson, loitering… I could go on. And I will: public indency, DUI's, shoplifting, vouyerism, indecent exposure, solicitation, and marijuana possession. Never trust a smoker.

Whatever. I think he should be on the Supreme Court. Yes, I’m a Woman for Trump. I support his administration and think what he’s doing is good. Why? Well, I wouldn’t be here in Rohinga killing child rapists if the government wasn’t subsidizing us and our bullets and protein bars. I’m having a blast—literally (ha. We have fun). Besides, what’s so bad about Trump? Sure, he’s raped, embezzled millions of dollars, is a racist and a xenophobe who’s reignited the White Nationalist movement in the United States. Is that so bad? He’s cutting taxes! Get some perspective, people. Jesus.

Why is everyone treating Dr. Ford like she’s made of cotton candy? If I was up there, I’d be squawking and screaming and killing people. Bart had the right idea to go in there guns blazing. Wet the place up, Bart! He probably should’ve taken just three Adderall instead of five, but I think he did a good job. So did she, and obviously I believe her—I mean, I know this for a fact. Look, when you work in the deep government you become privy to information one doesn’t necessarily ever want to know. Like the size of Lindsey Graham’s cock. Listen, there are some images that you can never un-see, that is definitely one of them. Good lord is that man packing heat.

I stopped by Bethany Beach to “interview” Mark Judge last week. A very nice man, but he didn’t offer me a cracker or any refreshments, so I had to hurt him. This was in aid of the FBI investigation ordered last week, and I was happy to oblige, but Judge wouldn’t even let me sit at his table. He made me wait in the foyer of his beach house until all of his towels and comic books and Noam Chomsky books were shoved into a closet. I stole it all later, obviously. Evidence. Heard of it, bitch?

An doesn’t he know that I have eyes in the front and the back of my head? I got some information out of him—information I can’t divulge here—but I was happy to leave his house without having drawn much blood. Well, just a little. He was asking for it anyway. Like, begging for it, weirdly. So I kept biting him and scratching him until he started moaning and taking his clothes off, then I knew I had to go. I tried to get a swipe at his cock with my spur claw but I think he got the message and wanted to protect himself. I wonder why.

He was crying. Very shrill and hysterical. I said, umm, fellow Splice Today writer much? Then he remembered and we drank brandy by the pool and talked about how we miss Quaaludes. A nice man, if a bit strange—I wouldn't I’d let my children hang around him. He'd either touch them or try to eat them, and I don't need another "unnecessary civilian homicide" asterisk on my government profile. He tried to compliment my body and said something about McDonalds so I cut his tendon with my beak and bit the skin off of his Adam's apple. He was asking for it. After I was done and he was finished crying like a bitch, Judge gave me a copy of his book Wasted. Evidence. But it was a new edition, somehow. Historically useless. I threw it out once I got in my helicopter and flew back to Africa.