Burkas and Spiders in London. 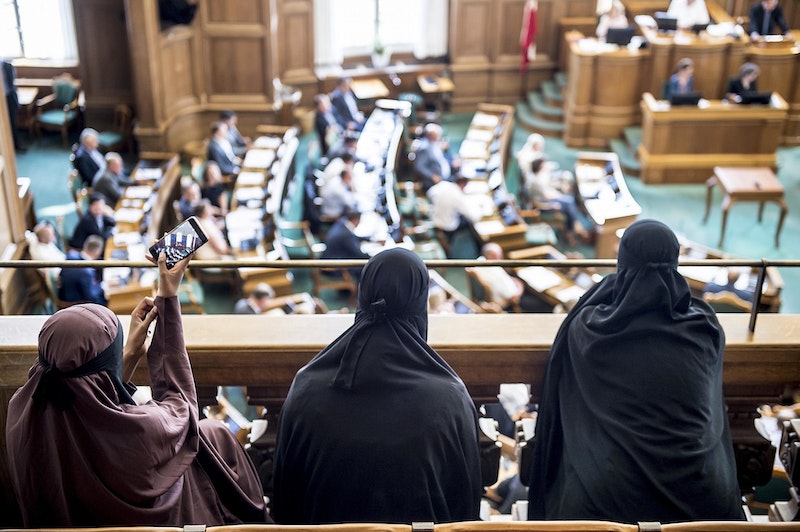 A lot of frustrated Country Squire Conservatives, in the wake of the Rotherham cover-up, and the Radical Islam attacks in Manchester and London, have felt impotent rage at the pro-Corbyn left wing media’s “fury” at Boris Johnson’s comparison of the burka to a “letterbox”, which, in all fairness, is an accurate one. But if you don’t know any Muslims and you say this, my gosh, you’re an Islamaphobe. I feel more justified in saying the comparison is accurate, because I’ve known at least 50 or 60 Muslims, hung out with them, smoked weed, partied, even had fist fights. My last girlfriend (who had an undiagnosed borderline personality and has destroyed my faith in women) was a beautiful, 26-year-old Somali Muslim who often wore a burka around London (although never with me) She always wore a burka in her family home in East London and at the family property in Somalia. But she wore it in London for reasons you may find surprising, or maybe you won’t. I suppose it’ll depend on the reader.

I won’t name her, but she had many nicknames. I’ll always know her as Spider. Ambitious but lazy, she wanted to be both a rapper and a novelist, but found it easier to get the men she slept with to do the work for her. She’s currently failing an English Lit degree at Birkbeck. I met her in what I’ll refer to as my bando in Vauxhall, SW London.

Before I was evicted, after kissing me, Spider, knowing I was a professional writer, asked if I’d help her write a creative writing piece for her course. Her notes were brief: A burka-wearing Muslim woman was slowly torturing her disabled husband to death whilst plotting a terror attack in London. It took me about 20 minutes to write, and, knowing what Liberal creative writing university tutors like, I deliberately didn’t translate about a quarter of the dialogue from Somali and Arabic. There was a word that I thought had a nice ring to it: wayikana. “What does that mean, babe?” I asked. She grinned. “Here I am.”

I used that as the title, and a week later she received “her” grade. 96 percent. Things progressed into a sexual relationship, and all I had to do was every single one of her university essays, and occasionally suffer her sleeping with other men in the same room. She shoplifted a lot too, and developed a coke habit. I asked her why she wore a burka around London once, on the last night we spent together. “So I can spy on people, innit,” she said excitedly. She decided she wanted me to write a manifesto for her, what she called “A Somali Mein Kampf.”

In the end, I decided not to. I think it was the right choice.