Being apolitical is alluring but elusive. 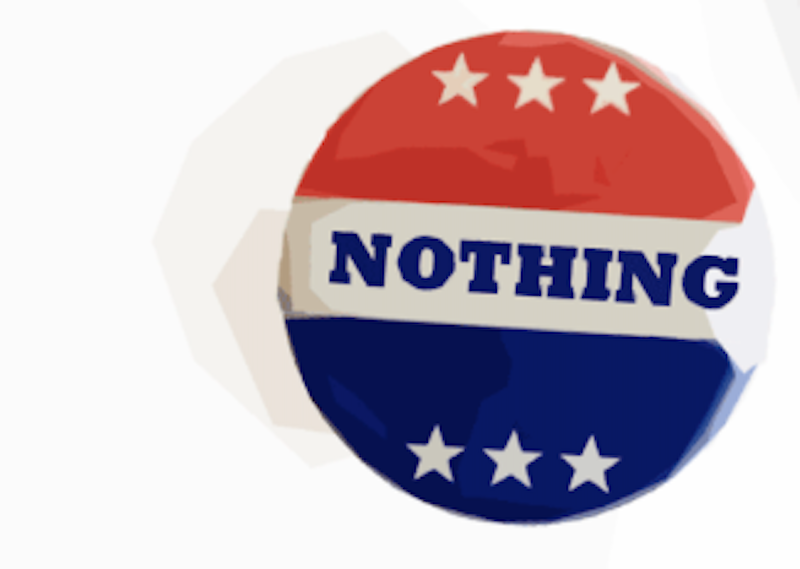 The philosopher Epicurus (341–271 B.C.E.), who lived in the Athenian colony of Samos, advised staying away from politics. He thought political engagement more likely to produce pain than pleasure, including the intellectual joys that he emphasized. “Live unknown” was his injunction; obscurity was better than striving for recognition. He founded a school and commune called the Garden, where people could contemplate philosophy and share meals; it was a place distinct from the Agora, the public space where Athenians hashed out their political issues.

I’ve engaged in a degree of Epicurean practice in recent months. My writings during the years of the Trump presidency were often political, occasionally imagining a topical relevance that was, some would say, a stretch. But as Trump decamped to Florida, most of the hours I’d spent over four years watching cable news, and every minute I’d watched Morning Joe, loomed behind me as time wasted, a cautionary tale to direct my attention to better uses in the future.

A regular reader of my Splice Today articles, if any such person exists, will notice an apolitical swerve to my writings since mid-January. I’ve covered topics in culture and recreation that have little to do with current politics, such as convertible driving and body postures, though granted even in such pieces a few tangential political references may pop up. My last thoroughly political piece was one in which I reported becoming a Democrat in the aftermath of the Capitol riot, and stated that, with regard to the Republican Party, it was “goodbye forever.”

Be it noted that “goodbye forever” is not a position I often take. With a few exceptions, if you’re estranged from me, you plausibly will be on the receiving end of an effort at reconciliation at some point, successful or not. That too reflects an Epicurean streak, as the philosopher placed a high value on friendship. Yet nothing that’s happened since January softens my view that the Republican Party poses a threat to the democratic processes and constitutional institutions of the Republic. Thus, “goodbye forever” to my ex-party carries a certain somberness; that no time soon will there be much of a choice in American politics.

Politics isn’t everything. If your emotional states and social-media feeds depend greatly on scoring points against the other side, you’re likely missing out on some critical aspects of life. At the same time, standing apart from politics carries its own downsides. It can mean being blindsided when a political issue or trend you’d paid no attention to ends up affecting your life, family or community. It can also mean not knowing which things are now entangled in politics. For example, astronomy’s recently become involved in controversies over a Hawaii telescope opposed by indigenous people, the naming of a planned orbiting telescope, and the science’s supposed connection to “settler colonial white supremacist patriarchy.”

Some figures who influenced me politically in my youth were compelling, in significant part, because they had interests outside of politics. William F. Buckley’s building of the conservative movement was supplemented and enhanced by his ability to draw audiences interested in sailing, skiing, spy novels, classical music and more. Similarly, William Safire’s political punditry came alongside extensive writings on language and other subjects. Buckley and Safire had friends of diverse political views, in contrast to another who influenced me, Norman Podhoretz, whose writings emphasized his fallings-out with ideologically incompatible ex-friends.

Epicurus opened his Garden to women and slaves, contrary to the hierarchical and exclusive Athenian ethos of the time. He believed anyone who wanted to study philosophy should be allowed to do so. Those were political views, even if he wasn’t stating them in the Agora. So too were his beliefs that people’s fears of gods and death were responsible for much suffering and should be avoided. Epicurus’ name has come to be associated with pleasure, exemplified by such things as wine connoisseurship, but his focus was on tranquility rather than sensation.

It’s been pleasurable being an Epicurean for a few months, not following politics with the closeness and alarm that I did during the Trump years; spending evenings watching Korean and Japanese movies on streaming TV rather than Rachel Maddow and Lawrence O’Donnell on cable. Still, I know that the boundaries between political and non-political are neither well-marked nor stable; that staying out of the fray leads to its own problems. There may be no escaping politics, but taking a break from it now and then is conducive to happiness.