We do not need any more politicized confirmation hearings. 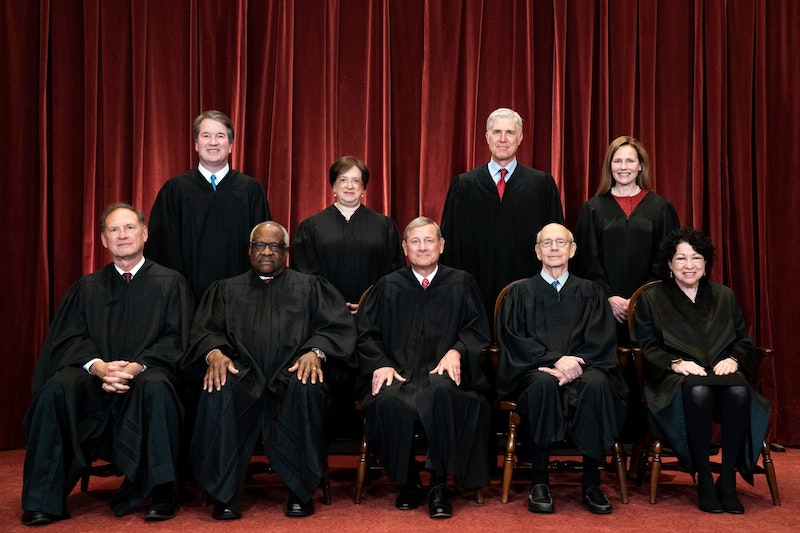 The Presidential Commission on the Supreme Court of the United States met for the first time last week. Nothing was decided in the brief gathering, but this is the Commission that President Joe Biden wants to occasionally meet and discuss a number of Supreme Court reforms: “The Commission’s purpose is to provide an analysis of the principal arguments in the contemporary public debate for and against Supreme Court reform, including an appraisal of the merits and legality of particular reform proposals. The topics it will examine include the genesis of the reform debate; the Court’s role in the Constitutional system; the length of service and turnover of justices on the Court; the membership and size of the Court; and the Court’s case selection, rules, and practices.”

The reform that’s getting a lot of attention involves the idea of adding justices, from the current nine to as many as 13, but one notion that more people should pay attention to is “the length of service and turnover of justices on the Court.” You might like the idea of term limits, as presidents are bound to two terms. So, why not justices? After all, they often don’t leave the Court until decades after confirmation.

A Reuters/Ipsos poll in April showed 63 percent of Americans back term limits for Supreme Court justices. Twenty-two percent of respondents indicated opposition to any sort of term limits. In 2020, a poll commissioned by Fix the Court showed 77 percent of Americans favor restrictions on length of service. The remaining 23 percent were against the idea. I think it’s a bad idea. So does Ashley Baker, director of public policy at the Committee for Justice. We were discussing the Commission’s meeting last week when Baker shared the following concerns about term limits for justices:

“I don’t think that’s a good idea and could actually function to further politicize judicial confirmation hearings when a justice is going to retire. It also has justices thinking about what their next job is and that is not really good for judicial independence. There’s also debate over whether or not that would require a constitutional amendment. That is not necessarily as easily achievable as court-packing, although court-packing would not be easily achievable either. It’s really intimidation is what they’re going for.”

Baker’s right. We do not need any more politicized confirmation hearings. Many of the Democrats on the Senate Judiciary Committee used the Brett Kavanaugh hearings to generate headlines, raise money, and test the waters for a 2020 presidential campaign. During the confirmation hearings for Amy Coney Barrett, Democrats used the moment as an opportunity to promote the Affordable Care Act and spread fear that Barrett was going to take away someone’s health insurance. Meanwhile, Baker is correct when she warned that justices might be consumed with their post-Court plans and not think straight on how cases should be decided. What’s to stop them from ruling a certain way in a case so as to ensure a job will be waiting for them once they leave the bench? Nothing, which is why this Commission created by Joe Biden’s executive order should recommend nothing.

If the framers of the Constitution wanted term limits for justices, they would’ve put that in writing. They assumed that justices would make fair and impartial decisions over the course of their lifetime based on what the Constitution says and means. To change anything would be, to use one of Joe Biden’s terms from the 1980s, a “bonehead idea.”