Vote to protect democracy and the Constitution. 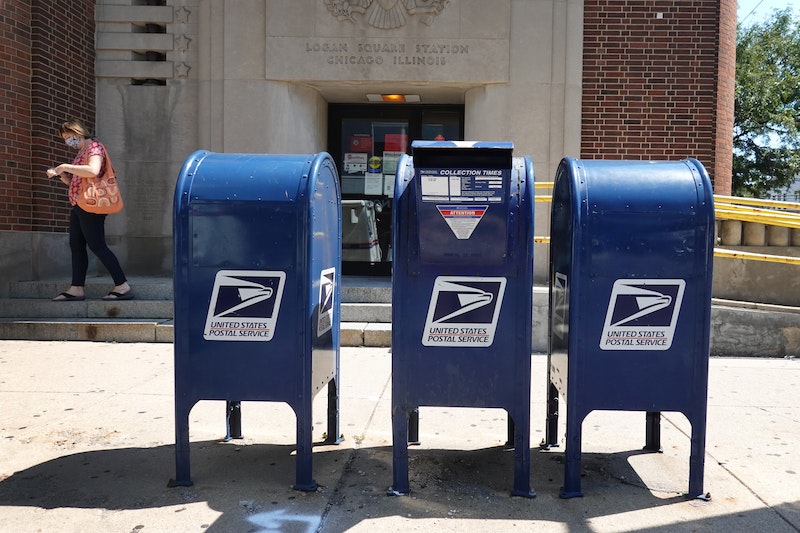 The dropbox where I’ll place my ballot is by the door of Town Hall, under 24/7 video surveillance. I’ll vote at least three weeks before Election Day, and then track the ballot’s processing online, a service now available in New Jersey and various other states. It’s the most reliable way to make sure my vote is counted, something not to be taken for granted this year.

The signs on our lawn are three: one for a local school-board candidate, whom I know; a “BYE-DON” sign; and a banner with the “Science Is Real, Black Lives Matter, No Human Is Illegal, Love Is Love, Women’s Rights Are Human Rights, Kindness Is Everything” multicolored compendium of slogans. I never had a political lawn sign before, or was much for sloganeering, but this is an election season in which I’m not inclined toward nuanced detachment. There are times for political fervor, and now is one of them.

I was a Republican for over 30 years, but I never loathed the Democratic Party as I now do the Republican Party. That’s not just about Trump; it’s about a party that’s become fundamentally geared toward spreading misinformation and undermining democracy. Mike Lee, GOP senator from Utah, notably put out tweets with an explicit anti-democracy theme, upholding a misleading dichotomy of democracy versus constitutional republic, and purporting ludicrously that what he’s concerned about is “excessive accumulation of power in the hands of the few.”

A party that upheld constitutionalism would’ve been outraged at the forced dispersal of demonstrators and clergy for Trump’s June photo op at St. John’s Church; these were blatant violations of the First Amendment’s protections of freedom of speech and religion. Sen. Lee’s Twitter feed had nothing to say on the subject other than some anodyne praise to the National Guard for providing a “secure environment” for people to exercise First Amendment rights.

A party focused on constitutionalism wouldn’t have stood for Trump’s sweeping claims for executive authority and defiance of congressional prerogatives in oversight and spending decisions. Such a party, for example, would’ve insisted on compliance with congressional subpoenas; and pressed the Senate’s obligation to “advise and consent” on presidential appointments, rather than allowing widespread use of acting officials. This non-existent constitutionalist party would’ve been concerned that the President’s ongoing connections to his businesses violate the Constitution’s emoluments clauses.

What about the Democrats? A reflexive rejoinder to criticisms such as the above is that the Democratic Party is as bad or worse. By my reckoning, the evidence for this is lacking, but the possibility of a new set of transgressions is one thing that keeps me a registered independent. Both parties, over decades, have put pressure on the constitutional system of checks and balances, such as by taking a more expansive view of executive orders when holding the presidency. During the primaries, Kamala Harris disturbingly insisted she would circumvent Congress to achieve gun control measures if necessary (and was chided for this by Joe Biden). Vigilance is the price we pay for having a Constitution and a democracy.

The Republican Party of recent years has moved beyond the give-and-take that’s conventional in politics. It has become a party focused on gaming the system so as to preserve itself in power; efforts to suppress and distort the vote have been central to the Trump presidency, abetted by numerous Republican officials. The Constitution stipulates that a new presidential term will begin on January 20, and that the current president will leave office then if he hasn’t been re-elected. Sowing doubt about that is neither constitutionalist nor democratic.