Censorship or not, it’s still stupid. 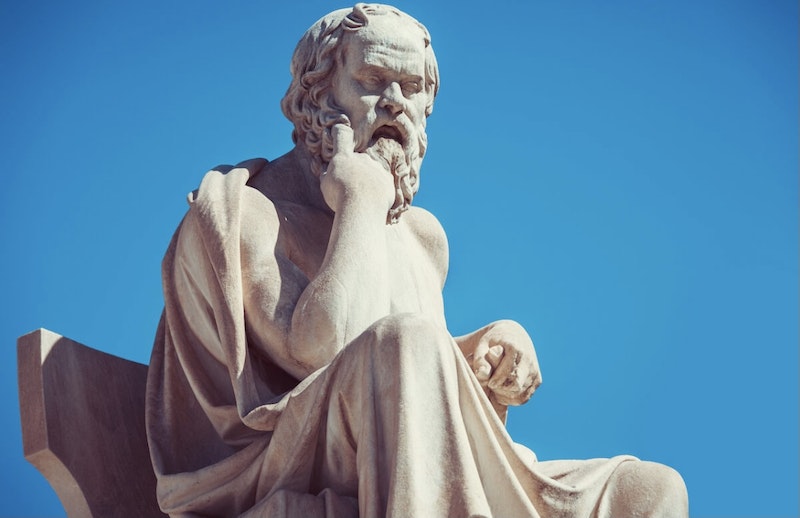 “I’ve got so much I want to say about the First Amendment. I still don’t understand it, but it is bonkers.”—the Harry formerly known as Prince.

Multiple free speech debates in recent years have gotten bogged down on the question of who’s doing the censoring—right or left—and whether it’s censorship in the full-blown sense of government punishing people or only in the looser sense of being a private sector crusade against some reviled target of the moment. Those questions matter but lost in the shuffle is the underlying idiocy of trying to flee or suppress debate, regardless of the precise mechanism.

Consider the following quick list of recent speech controversies, temporarily setting aside questions of legality and political faction if you can, and see if you discern a broader pattern of humanity being a bunch of moronic cowards who can’t abide hearing unwelcome opinions.

Katie Daviscourt, in what has become one of the most familiar laments of our age, tweets that she was banned by Twitter for 10 days last year for mentioning the hypothesis that COVID leaked from a Wuhan laboratory. We can’t allow “misinformation” into the world, after all. Yet now, even revered pandemic expert Dr. Fauci, to whose science all good people are supposed to listen, suspects the leak possibility. What’s a misinformation-banner to do?

Lord knows you can’t find a hero to root for merely by choosing one sector of society to pit against another, such as preferring science or the media to government, since scientists such as Fauci work hand-in-hand with lying public officials such as death-stats-concealing New York Gov. Andrew Cuomo, who in turn received coaching from his CNN correspondent brother Chris Cuomo on how to deal with scandal. And Chris Cuomo, in turn, tells the public it can’t legally read hacked documents and can’t constitutionally engage in “hate speech.” Just trust the incestuous cabal to work out the big questions internally, I guess.

By comparison to our Cuomo-Cuomo-Fauci overlords, Twitter itself may deserve some pity, though. Its offices in India have been targeted for raids by the government there, since the site has not banned criticism of the Indian government’s handling of the COVID crisis. India’s a democracy, but like nearly the whole world, it has a less-free press than does the U.S.

There are places worse than India, too: Belarus’ government is apparently willing to fake a bomb threat in order to get a passenger jet to land so that a blogger critical of the government can be removed from the plane and arrested, with a compliant Ryanair, the Irish airline in question, releasing a statement about the unscheduled stop that barely even acknowledges the arrest, as if their passengers being whisked away by authoritarian regimes is standard procedure, and disgracefully, it is.

None of this would’ve shocked the ancients, who had little use for free speech. They executed Socrates, after all, as a wave of mostly-liberal commentators reminded the world last week when a present-day conservative politician expressed concern that today Socrates would get “canceled”—though I don’t fully understand the commenters’ snorting. Are we supposed to think it’s hilarious that people whine about censorship these days even when they aren’t being murdered? That’s not much consolation.

Or are the liberal critics denying they’d ever find an august intellectual such as Socrates objectionable if he were around today? If so, I think they greatly overestimate their own capacity for tolerance. Socrates really was an authoritarian who repeatedly fomented insurrection against the democratic government of Athens, sometimes using irony to disguise his dangerously Sparta-admiring political leanings. He was the winking, crypto-fascist Pepe the Frog fan of his day. He probably would be #1 on the cancelation hit list today, perhaps even the target of congressional “insurrection” hearings—and who knows, maybe the ancient Athenians were right to worry about him.

But if you can’t cope with Socrates of all people via rational debate, who can you cope with? Must suppression always be the default answer? At the very least, much of the population now assumes that extreme sensitivity and caution must be part of the answer. Conservative pollster Frank Luntz seems to think so.

People now question the reliability of Luntz’s focus groups, from which he tends to draw moderately conservative conclusions about current public sentiment. What Luntz will never do for cowardly conservatives, though, is show them how to perturb conventional wisdom, let alone brashly argue with foes or speak truth to power. I saw a Luntz lecture once, and his main advice for free-marketeers was to completely avoid using divisive words such as “market,” “privatize,” and “individualism.”

And you wonder why the recent crop of impatient, angry young right-wingers spends so much time worrying that the only word the old conservative establishment truly likes is “surrender.”

Troubling as it is that neither left nor right shows a consistent interest in robust debate these days, though, what’s really worrying for a longtime fan of markets and science such as me is that the relatively apolitical people who you might expect to defend free inquiry to the bitter end are themselves losing interest. Take tech companies and science journals, for example.

Apple executive Antonio Garcia Martinez three years ago lamented the existence of a “privacy-industrial complex,” suggesting he didn’t think most normal people care about the privacy of their data. That’s the sort of attitude in a tech exec that makes so many people nowadays understandably fear that whether their lives are influenced by capitalists or politicians, they’re stuck in some sort of authoritarian dystopia.

I’m not sure it helps that Garcia Martinez’s subsequent un-hiring seems to have been motivated more by his having once written (before his hiring) that women in tech are sometimes weak and soft. Is this a case of a fascist stopped in his tracks, or evidence of a feminist layer of censorious authoritarianism added to all the other layers?

And if you thought you could escape all these tensions by focusing on pure science, you’ll have to think again. A recent editorial in the journal Science on the 150th anniversary of Darwin’s book The Descent of Man laments that Darwin is “often problematic, prejudiced, and injurious” and that the book “offers a racist and sexist view of humanity.” Given that Darwin showed greater insight about human nature than nearly anyone who preceded him, the editors at Science should be relieved he didn’t simply declare us all a bunch of myopic jerks.