How Bad a President Was Trump?

Pretty bad. But not the worst. 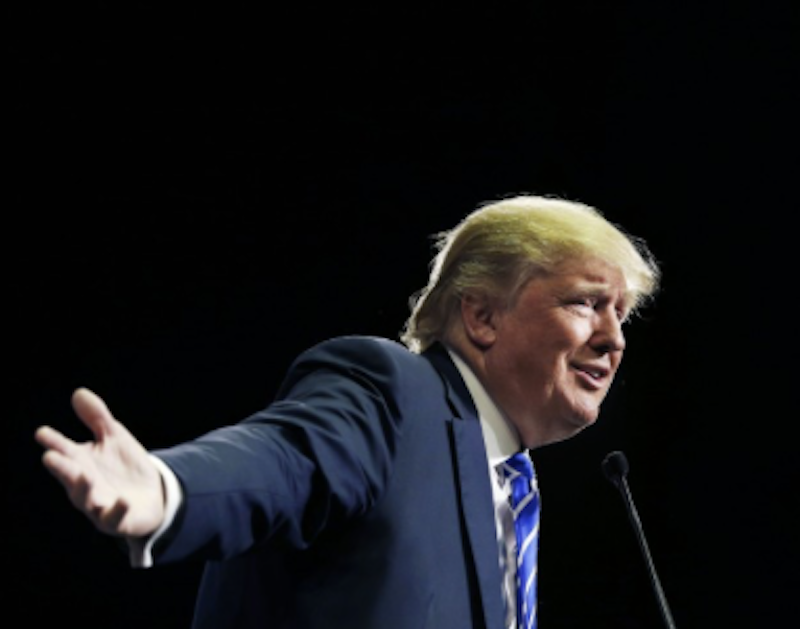 Donald Trump was a very bad president. I don't see why his supporters think he's anything but repulsive as a human being: a greedy con man playing the race card all day, dividing to conquer. Trump's wall is a nasty symbol of human division, and his immigration policies set off a humanitarian disaster. He pulled out of the Paris accords and often seemed directly to endorse maximum carbon emissions. His scandals were serious, and I'm still wondering what the Russians have on him and to what extent he was doing Putin's bidding. He was thinking about his personal fortune as he set policy. He was more or less born corrupt: proud of it, really.

Income inequality grew more quickly under Trump than under Barack Obama, though it grew quickly under Obama too. This had to do with many factors of that economic moment, but Trump's tax cuts and other policies were definitely drivers. He botched the COVID response, and his fad for hydroxychloroquine was a vivid enactment of abject stupidity.

That's bad. But when you consider the comparison class of American presidents, you're dealing with some doozies. And being a decent person is only one criterion, and perhaps not the most relevant, by which they ought to be assessed. I think JFK was a slimebucket in multiple dimensions; I feel that he purchased rather than composed his soaring rhetoric. He didn't do shit on race. The idea that he wouldn’t have prosecuted the Vietnam War as enthusiastically, or as mindlessly and dishonestly, as LBJ is speculative. Seems like he was pretty busy signing off on the CIA assassination program for world leaders. Plus, he was definitely grabbing p.

People did and do assess Trump basically by the rhetoric. True, the way he talks is repulsive, repetitive, manipulative, and so on. People think words are powerful, but they're not the most relevant dimension of assessment. Trump didn’t drag us into any new foreign wars (though there were some actions early on against ISIS, notably effective), and he didn't escalate the existing ones. I think that's more relevant than the tweet stream, alright?

George W. Bush's Cheney/Haliburton-driven war on terror killed perhaps half a million people, while not managing to stand up a working democratic government anywhere. His surveillance state may never be unspooled; it gives the US government effortless access to procedures we might associate with the Soviet Union or China, representing a fundamental lurch toward authoritarianism. It's taken us 20 years to re-lose Afghanistan. International terrorism, including the Islamic variety, is going strong. Overall, Bush was worse than Trump.

The very worst presidents are the ones who’ve taken us into useless wars (and then lost them): Truman in Korea and Johnson in Vietnam, for example. The massive death tolls morally overwhelm every aspect of the American presidency. But there are other standards that ought to give us pause. During the Clinton administration, for example, the US prison population almost doubled in eight years, as the Clintons talked about super-predators and got into a war-on-crime contest with the Republicans. Drug prohibition has been a completely unjustifiable nightmare that’s completely devastated many minority communities. Bill's anti-racist rhetoric was sweet. It wasn't worth a damn thing. Definitely a grabber too, of course.

Just one man's opinion, presidential historians, but the rhetoric and speechmaking of American presidents hasn't been as impressive as you think. And it hasn’t been very relevant to what happens: it's more likely to be used to conceal the reality than to transform it. It's nice that someone wrote you a soaring inaugural; I'm not sure how to balance that against a million incarcerated people or 100,000 blown to smithereens.

I don't think Trump destroyed the economy, which was buzzing along very well before COVID and has recovered quickly afterwards (though the Biden stimuli factors in). He probably showed that Obama's response to the Great Recession was too measured; he was right, in debating Hillary in 2016, that a much quicker economic expansion was possible.

The prison population sagged a bit. Even with all Trump's jive about clean coal, the use of renewable sources of energy increased dramatically during his term, almost doubling. He was right on China, more or less. It aspires to be a totalitarian world-state and is working elaborately in that direction. Obama/Biden offered little but critical rhetoric and economic appeasement; several American administrations helped fuel China's rise, which isn’t in the long-term interest of the USA or the people of the world.

Despite the impulse to blame Trump for everything all the time, he's not responsible for all the COVID deaths, and it was also amazing how bad the CDC messed up testing, for example. I'd say that Bolsonaro's response in Brazil or Modi's in India have been worse; the approaches of the UK and EU featured many amazing fuck-ups and still do. I think assigning any rise in racist violence of various kinds (the Atlanta spa shootings, for example, or the killing of George Floyd) to Trump is speculative. I remind you that Dylann Roof killed all those people at the Charleston church during Obama's presidency. If Trump had been president, people would’ve blamed him.

Trump did incite that Capitol incursion, though perhaps he didn't foresee what form it would actually take. That was "an attack on democracy itself" by Trump followers. It led directly, however, to one or two deaths: one protester, shot by Capitol police, and perhaps one policeman, who died soon after of complex causes. People are worried that without a truth commission, it will all happen again. But that one's not going to happen again anyway, though of course other bad things might.

Trump kind of smashed up American political rhetoric, and his extreme swaggering boldness may end up having a decent effect. He taught even Biden to be a lot more definite, aggressive and direct. Trump's policy proposals were often bold and articulated with little compromise. I think that gutty and frank politicians like Ilhan Omar and AOC have constituted one response: everyone seems to be in the mood for a more direct endorsement of their own positions. This makes for more bracing television, if nothing else, and a little less self-misrepresentation.

Another four years of Trump might’ve put us into an era of redoubled racist violence, and even more pervasive acceptance of misinformation: an atmosphere pervaded by self-serving bullshit. It might’ve led to an even more grotesque cult of that gross personality. It might’ve led to strong-man rule. We'll never know, so I'm going on the history we do have.