It Was Fun to Be a Right-Winger Once 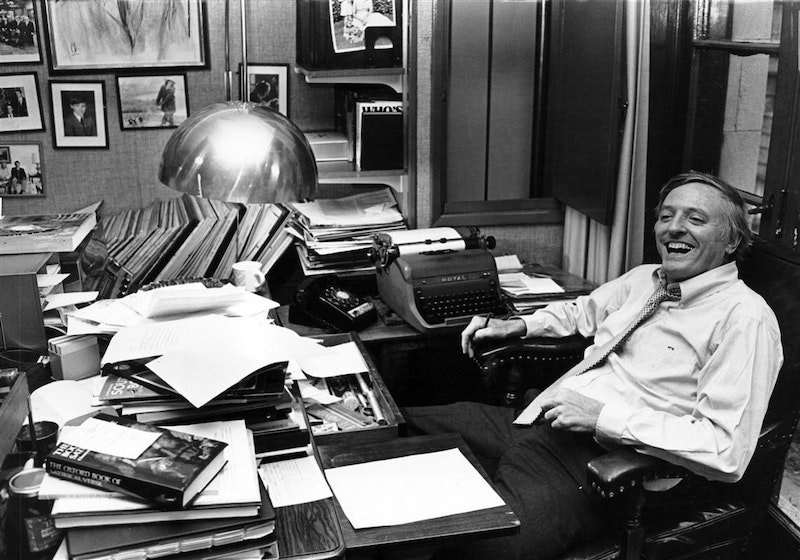 I had my first glimmerings of political interest during the 1976 presidential election. I preferred Gerald Ford to Jimmy Carter, an opinion likely influenced by my mother’s Republican allegiance. But I didn’t really care. I was 11 years old.

By 1980, I did care. Americans were held hostage in Iran. The Soviets were in Afghanistan. My city, New York, was crime-ridden, the subway cars I rode in were covered with graffiti, and the junior high school I attended was rife with fighting and drugs. The Democrats held the presidency and both houses of Congress, and dominated New York politics at state and city levels, and it wasn’t far-fetched to draw links between them and the decay I saw near and far.

That year’s elections brought Ronald Reagan to the presidency and a Republican majority to the Senate. I was delighted. At age 15, I could tell you who was who in the Senate to a degree I could never match today. I became eligible to vote in 1983, just as I went off to NYU, and it was an obvious choice to register as a Republican. The next year, Reagan won re-election in a landslide, reinforcing my sense that history had passed into a beneficent new era.

At college, I enjoyed being a right-wing foil to the many left-wing students and professors I knew. I majored in economics and history, and my conservatism took on a growing libertarian streak, aided by extracurricular readings of Ayn Rand. As a science enthusiast and religious skeptic, I had little affinity for the socially conservative “new right,” but didn’t think they mattered very much; Reagan would phone it in when speaking to their rallies.

After graduation, I began working as a journalist, and soon found my most satisfying (albeit least remunerative) projects were politically opinionated ones: op-eds, book reviews and the like, in publications such as Commentary, City Journal, National Review, Reason, the New York Post, the Washington Times and The Wall Street Journal. My topics varied but usually had something to do with economics and/or science.

I was a defender of free markets and rationality against follies and threats emanating from the left. When anti-nuclear activists campaigned against the Cassini space probe (because its instruments were powered by plutonium), I rebutted their arguments in the Weekly Standard. When environmental regulators overreached, I offered pushback, against electric car mandates in a City Journal piece, for example, or on radon regulations for Reason.

I remained solidly right-wing through the 1990s, with my particular ideological niche being what columnist William Safire had called, in his own self-description, a “libertarian conservative.” I voted Republican, with a notable exception in 1992 when I shunned tax-hiking President George H.W. Bush to vote for the Libertarian candidate, Andre Marrou, whose name I didn’t know how to pronounce. (I have mixed feelings looking back at my votes over the years, but that one strikes me as particularly inane.)

By the turn of the century, I was having qualms about the right’s growing emphasis on social conservatism. I took to writing negatively about “intelligent design,” starting with a 1999 Reason piece that castigated conservatives for spurious claims about physics and religion. That was a turning point in that my contentions were no longer just against the left. Still, I was part of a coalition of the right, and it was to be expected there’d be some internal tensions.

The decade of the 2000s challenged my libertarian conservative convictions. The Iraq War, which I’d supported, was a disaster. The financial crisis of 2008 was caused, in major part, by the free markets and deregulation I’d favored. On climate change, I was increasingly uncomfortable with the right’s dismissals of the problem. Seeing research about cosmic rays get distorted into an exoneration of fossil fuels was a turning point.

I was still identifiably a right-winger into the subsequent decade. I thought the Tea Party reaction to Obama was overwrought but based on legitimate concerns about government spending and expansion. I thought birtherism was nonsense, but didn’t take it seriously, not least because it was led by Donald Trump. I wrote for David Frum’s excellent website FrumForum, which was aimed at reforming the Republican Party and conservative movement. I was still part of the right; I just wanted to fix it.

My first-ever vote for a Democrat was in 2013, for Cory Booker in a special election to fill one of New Jersey’s U.S. Senate seats. I wasn’t going to vote for his hard-right opponent, Steve Lonegan, and was disenchanted with my party after it had forced a government shutdown. I remained a Republican into the 2016 election cycle, hoping John Kasich would be the nominee, willing to vote for a number of the hopefuls, but not Trump. I changed to independent the day after he clinched the nomination, then voted for Hillary.

I’m a centrist nowadays. I look back on my several decades on the right with mixed feelings; I think I was right about some things and wrong about others. But my arguments and writings were at least worth considering. They weren’t part of some personality cult. They weren’t transparently false. They weren’t destructive of American democracy. It was fun to be a right-winger once; one could feel that one was on the right side of history, or at least had some meritorious case to make. The right-wingers of today may never know such joys. If you are, say, a young journalist embarked on a career at right-wing publications, I say get out while you can.