Dissonance of everyday life in America 2021 while “waiting for something to happen.” 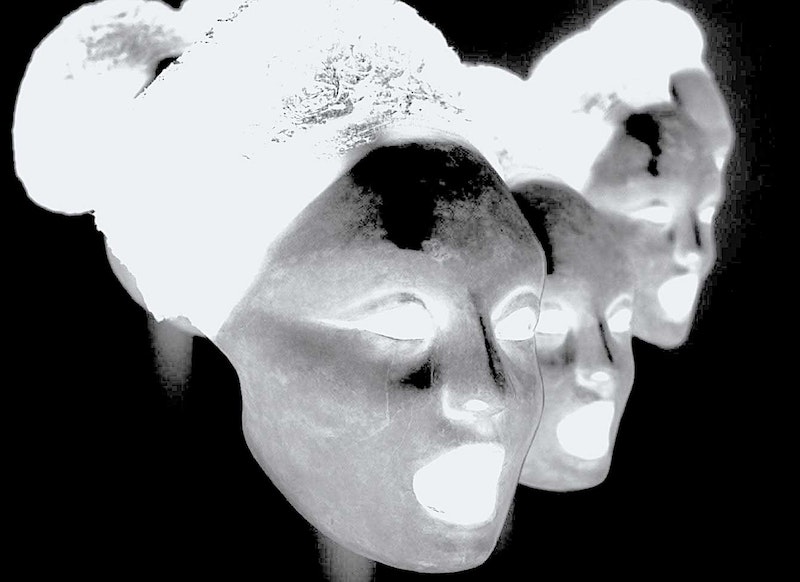 I’m overwhelmed with confusion as soon as I wake up and try to remember what day it is. The longer we go, the closer March 2020 feels, as if a loop is being closed, and the last 16 months were only a brutal memory to be pushed away like so many wars and personal catastrophes that are best left quiet. We cannot speak of them. I was talking with a friend about the future of DIY culture and actual events in Baltimore and on the East Coast. His prognosis was grim: the structure of a particular type of socializing has completely collapsed—those who once threw music festivals with zero corporate sponsorship now host pop-up galleries and open restaurants. And, despite an enthusiasm for activism that wasn’t nearly as popular in the 2000s or most of the 2010s, there isn’t any new art.

At the same time, I was heartened to see that The Charles has brought back their first full revivals series since the pandemic hit right as the Winter 2020 schedule was coming to an end with D.W. Griffith’s Broken Blossoms, which played for only one show (that I missed—that Monday, when I was going to go, everything shut down). Summer 2021 is a shot in the arm: The Naked City, Mirror, Stroszek, Bend of the River, Chungking Express, Persona, along with some Fellini, Two-Lane Blacktop for dear departed Monte Hellman, the new restoration of La Piscine, and perhaps the most “revived” movie in history, Rear Window.

Still, all around us is confusion. It’s not just the gap forming between the wealthy and the homeless, nor the everyday dissonance of living relatively comfortably in an insane world. Everywhere around us is violence and pain, yet there are clubs reopening, outdoor concerts held, “things getting back to normal.” One talks about Palestine as one talks about the weather or old memories. I can’t claim to be of any devoted sect or political caste because I live an extraordinarily confused life, one that contradicts itself every day. A level of delusion is necessary to function as anything other than a real revolutionary, of which there are none for now.

Another friend told me about how, for more than half her life, she’s been on a round of pharmaceuticals—involuntarily—not for any serious medical condition (clinical depression, bipolar disorder, acute anxiety), but because her behavior didn’t match the expectations of her parents or the adults she came into contact with in the various institutions we send children to: schools, doctors, other parents. A combination of conservative laziness and chemical assault left someone frazzled who, perhaps, would’ve benefitted from a different type of education, and certainly a better set of parents. But no one listens to children anyway.

Not that I agree with Noah Berlatsky—parents aren’t “tyrants,” but too many of them are unwilling to listen to their children, and worse, unable to accept their children for who they are. If your offspring’s essential nature is at odds with yours or your worldview, you may be entitled to a return on your baby. If only people could return babies like they can with cats or dogs—well, I suppose it’s already possible. But not after six months, or a year, and certainly not four years in, when the kid may be “too hyperactive” or “too sullen” for so-and-so’s liking. These are things that happen, these are real dynamics, but that doesn’t make all parents “tyrants”—on the whole, too many people are willing to accept “the way things are” and “the way things are done” as an acceptable guidebook or roadmap for their own lives.

This, to me, is insane. But we’re at a cultural crossroads on the scale of the late-1960s through the 1970s in America. It’s a combination, as then, of a shift in generational demographics and acute political and economic strife. It’s still hard to say what will “stick” in this era of puritan activism, just as Second Wave Feminism feels so rusty even next to contemporaries like Phyllis Schlafly, who knew how to go on television and successfully sell the “STOP THE EQUAL RIGHTS AMENDMENT MOVEMENT.” On the other hand, it’s inconceivable that anyone would hunt “longhairs” today, or that men with long hair are necessarily fey hippies holding (or looking).

But people are getting picked off, just as in the end of Easy Rider, and they’re getting run over and hit by cars and the police, and by each other. People are marching for Palestine more than they ever have before in the West, another sign of this coming sea change in not just political opinion but worldview, and it’s possible that we can’t go back, even if we wanted, to a recent past that already feels ancient. Like 2014, when the first cracks began to show in a popular outlook that lasted from approximately 1968—2013. “Public opinion” changed on a number of things and an enormous amount happened in those years, but after 2014, the state and the media could no longer control the story, any story, because the Internet and smartphones had finally reached a point where livestreams beat 24/7 cable news by entire days.

Those old masters, and their young sycophants and dauphins in waiting, are still clinging to the old way, when people could be more easily deceived, and one by one they’re realizing what’s happening. Chuck Schumer said nothing in the past two weeks since Israel’s latest assault on Palestine began, deferring to Alexandria Ocasio-Cortez and other likeminded members of Congress who may have finally broken AIPAC’s stranglehold on American political discourse vis-a-vis Israel. Marches and protests are growing, and they haven’t gone away.

Occupy Wall Street will turn 10 years old this fall, and its hopes and failures—along with the Arab Spring earlier in 2011—haven’t diminished, nor have they gone away. The state is still able to confuse enough people to prevent total anarchy or real revolution. But these marches are growing, and when you start talking about masses of people, politicians listen. Not necessarily the President, and certainly not business or military apparatuses, but politicians who are able to go on television and sell something like “a Free Palestine.” As long as they look good doing it, they can do anything.

Still, confusion reigns. Unless you’re truly committed in your life to one thing or another—be it Mormonism, the state of Israel, anarcho-primitivism, or the kind of community service that no one will ever take pictures of or make a movie about—to live life in 2021 America is to wait for something to happen, because it won’t take long.