It turns out belligerence is a poor basis for a political philosophy. 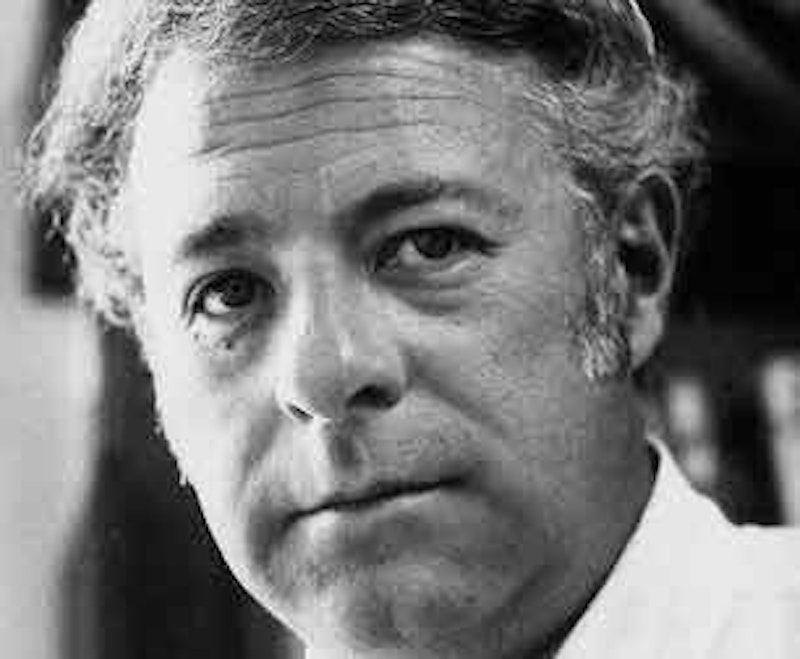 I saw a road-rage duel in Queens the other day. I was driving my mother to a medical appointment in Nassau, getting off the Grand Central Parkway and onto the Northern State, when I noticed that ahead of me two cars were swerving into each other’s paths. Presumably, one had cut the other off, and now there was an escalating conflict. They continued maneuvering around each other, and then one got off onto the service road, the driver’s middle finger on display out the window. One might’ve thought that would be the end of it, but as I drove by, the second car was headed toward the next exit, apparently to continue the fight.

This incident came to mind a day later, when I read excerpts of an interview (paywalled) at Claremont Review of Books with Norman Podhoretz, quintessential neoconservative intellectual, now nearly 90, in which he recounts his evolution from a merely anti-anti-Trump stance to being an ardent Trump supporter. Harkening back to his own rough-and-tumble childhood (in Brooklyn, though the excerpts don’t specify that), Podhoretz recalls, “When I was a kid, you would rather be beaten up than back away from a fight. The worst thing in the world you could be called was a sissy. And I was beaten up many times. Trump fights back.” And so, I thought, did those road-rage drivers.

Podhoretz’s interview got some notice as yet another of his “breaking ranks” with “ex-friends” (those phrases are the titles of a couple of his books). In the 1960s, he shifted from left-wing to neoconservative, and now he’s parting ways with those neocons, such as William Kristol, who remain anti-Trump. And yet, in an astute observation, political scientist Samuel Goldman pointed out on Twitter that “Trump is a perfect vehicle for the aggrieved outer borough schtick that’s been the real constant in Podhoretz’s career.”

As an outer borough boy myself (I grew up in Queens in the 1970s and early-80s), I now see location as an important factor in the receptiveness I showed to Podhoretz’s thinking in my youth. The high school I attended was too crowded to accommodate all its students and so had “split sessions.” Having either mornings or afternoons free, I spent time at the local public library, where my reading included Commentary, which was published by the American Jewish Committee, edited by Podhoretz, and influential in the Reagan administration. The tough-guy aspect of Commentary’s intellectualism struck a chord, in part because the chaotic atmosphere I’d encountered in junior high seemed to validate a “peace through strength” outlook extending to foreign policy as well as schoolyards.

I wrote several book reviews for Commentary in the early- to mid-1990s (Podhoretz stepped down from the editorship around that time, and I never met or spoke with him), and later unsuccessfully sought to join the editorial staff. Not being Jewish, I probably never would’ve fit in well anyway. In the mid-2000s, Podhoretz’s insistence that the Iraq War had gone “not badly but well” struck me as stubborn denialism. A few years later, I’d begun veering from conservatism, and finding nothing persuasive in Podhoretz’s defense of Sarah Palin was a marker of this divergence.

In 1950, literary critic Lionel Trilling wrote, “The conservative impulse and the reactionary impulse do not, with some isolated and some ecclesiastical exceptions, express themselves in ideas but only in action or in irritable mental gestures which seek to resemble ideas.” For several decades, beginning with the founding of National Review in 1955, conservatism took on an increasingly intellectual demeanor, as if to refute Trilling’s calumny. Neoconservatism, with its early emphasis on the social sciences and humanities, took up that project of championing intellectual standards. Such efforts later would be undone by Fox News, talk radio and, as in the case of Podhoretz, some conservative intellectuals themselves.

In the Claremont interview, Podhoretz says he now calls himself “a ‘paleo-neoconservative’ because I’ve been one for so long.” That term seems particularly apt in now that he has a lot in common with Pat Buchanan on trade and immigration, a few decades after he and Commentary fought bitterly against Buchanan’s influence in conservatism. Policy positions are flexible, it seems, while what counts is sticking it to the left or to conservatives who’ve gone squishy because Trump upsets them. Ultimately, for Norman Podhoretz, it’s all about waving the middle finger.