Encountering Science in the 1980s 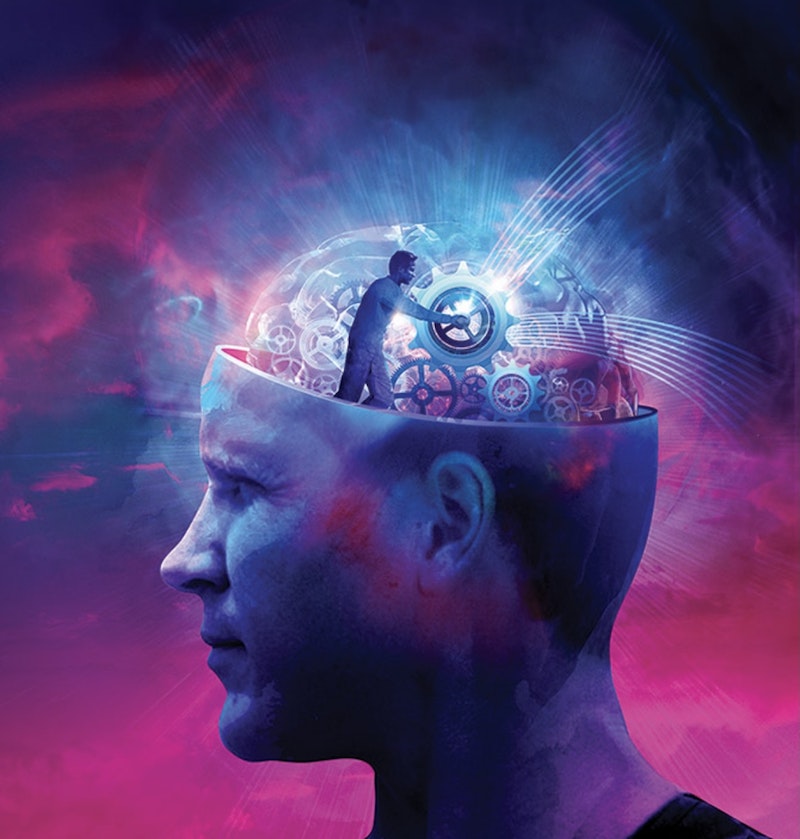 One day in the early-1980s, when I was in my late-teens, I bought a couple of books and brought them to NYU Medical Center. I was a frequent visitor to the hospital, given family health conditions and that my uncle, Bob Silber, headed the hematology division. The books were The Creation, by P.W. Atkins, and Modern Times: The World from the Twenties to the Eighties, by Paul Johnson. These reflected diverse interests I’d developed; as a science enthusiast absorbed with questions about physics and free will; and as a libertarian conservative for whom growing disaffection with the right lay far in the future.

Both books shaped my views of science-related matters. And so did the environment where I began reading them, a major hospital with research and teaching arms.

The Creation offered a worldview of “extreme rationalism and militant reductionism,” as the dust jacket put it. Atkins, an Oxford physical chemist, sketched out a universe with no role for a creator; wherein natural processes arise from a “purposeless collapse into chaos,” and complex phenomena conceal an underlying simplicity. Atkins held that “perfect freedom generates its own constraints,” such that even space, time and physical law are products of chance. He noted a debate that would intensify in later years, on claims that physical constants show evidence of “fine-tuning” for compatibility with life, but he dismissed that idea as an illusion.

Atkins saw the universe he described as compatible with free will. “The singular property of the brain is that its response to circumstance is to a degree under its own control,” he wrote, though he added that this capacity was ultimately just purposeless dispersal of energy. The Creation was a fascinating read, with an appealing format where the main narrative was on right-hand pages while left-hand pages had more-technical comments. The book bolstered my skepticism toward claims that scientists had uncovered, or were trying to evade, evidence of the divine; such claims later became a staple of conservative magazines.

Modern Times had a different sensibility. Johnson, a conservative journalist and historian, saw much calamity in the 20th century as having arisen from displacement of traditional religion by secular or atheistic ideologies. The book took a tack of separating science from such ideologies. It opened with the idea that the “modern world began” in 1919 when Einstein’s theory of relativity was confirmed by solar-eclipse observations. Johnson proceeded to lament that this physics theory helped spur cultural trends that undermined traditional morals and standards. He wrote: “Mistakenly but perhaps inevitably, relativity became confused with relativism.”

Johnson wrote with verve, putting forward a sweeping historical tableau resonant with Thatcherite and Reaganite conservatism. I was generally receptive to his interpretations, though in retrospect I find the book’s tendentiousness overwrought, as with Johnson’s contention that Warren Harding was an “exceptionally shrewd president,” or that Watergate “witch-hunters” toppled Nixon in “what might be described as a media putsch.” Modern Times’s sympathetic treatment of the Franco regime in Spain is an ominous portent in light of right-wing affinities for authoritarian governments in the 2020s.

Johnson evinced a disdain for the social sciences as left-wing endeavors to remake society. “Economics, sociology, psychology and other inexact sciences—scarcely sciences at all in the light of modern experience—had constructed the juggernaut of social engineering, which had crushed beneath it so much wealth and so many lives,” he wrote. He expressed approval that such disciplines had faced “growing disesteem” in the 1970s but regretted it had taken so long.

“The effects of the social science fallacy will therefore still be felt until the turn of the century,” Johnson wrote. “But its influence will steadily diminish and never again, perhaps, will humanity put so much trust in this modern metaphysic.” This argument influenced me—negatively, I now believe, as it fostered a contemptuous dismissal of subjects about which I knew little. (I did, nonetheless, choose economics as one of my majors at NYU a year or so later, seeing it as partly exempt from the negative tendencies that Johnson had described.)

Johnson closed Modern Times with an encomium to sociobiology, a school of thought led by biologist E.O. Wilson that emphasized genetic factors in understanding human behavior. According to Johnson, sociobiology was an “exact science” that was opposed by “the radical social scientists, especially the Marxists” because “it suggested that their work and beliefs were no more than a metaphysics, a form of superstition.” The book’s final paragraph wondered whether “the whole process of seeking social and economic equality” might “run counter to a beneficial biological process under way in every second of creation,” as humans evolve.

I thought back to that passage recently amid allegations after Wilson’s death that he had “racist ideas,” a contretemps I’ve previously noted. Wilson expressly disavowed any such connection, writing that “no justification for racism is to be found in the truly scientific study of the biological basis of social [behavior].” Still, Wilson’s work could be interpreted in bizarre ways, as with Johnson’s suggestion to avoid social reforms so as to keep out of the way of biological improvementsover vast periods of time. Nearly two decades after reading Modern Times, I reviewed Wilson’s book Consilience, which sought to link various disciplines into a comprehensive worldview, with sociobiology as an important connector. I’d maintained skepticism that this gene-centered approach was an “exact science.”

Spending time with Uncle Bob at NYU Medical Center gave me a view of science and its messy realities I couldn’t get from books. One day, he asked a young woman who worked in one of the labs to show me around. At one point, she unlocked a door so I could see “where the monkeys are kept.” In that room, the lab animals were in cages on shelves, and they reacted with rage at seeing us. At another point, we passed containers of blood, which had a strong smell.

Bob told me stories about scientists he knew. One of them had become well-known as an AIDS researcher and once told Bob he was heading to another scientist’s lab as there was something the other wanted him to see. Later, there was a dispute between the two scientists as to who’d seen something first, and the well-known guy’s claim of credit was false. Another anecdote was about a scientist who’d bullied another, even overturning the guy’s desk and scattering his papers. When I asked what motivated this, my uncle described the bully as a “psychopath.”

There were more inspiring colleagues, such as Linda Laubenstein, famed for her work with AIDS patients. She used a wheelchair because of childhood polio and was called a “bitch on wheels” for her assertiveness with other doctors. I met her at a hospital party, and she was very nice.

Uncle Bob published over 100 science papers, with a focus on developing treatments for leukemia and other diseases. He was also a popular professor at the medical school. Treating patients was his overriding passion, though. He and they often formed close connections.

One day, I walked into the hospital, and to my surprise heard my name over the paging system. Calling the specified extension, I reached Bob, who told me that a terminally-ill woman he was treating enjoyed milkshakes of a particular type; he recited a list of ingredients, and asked me to get such a shake made. I went to a deli and instructed a dubious counterman about the elaborate concoction, then brought it to the woman’s hospital room, fulfilling her dying wish.