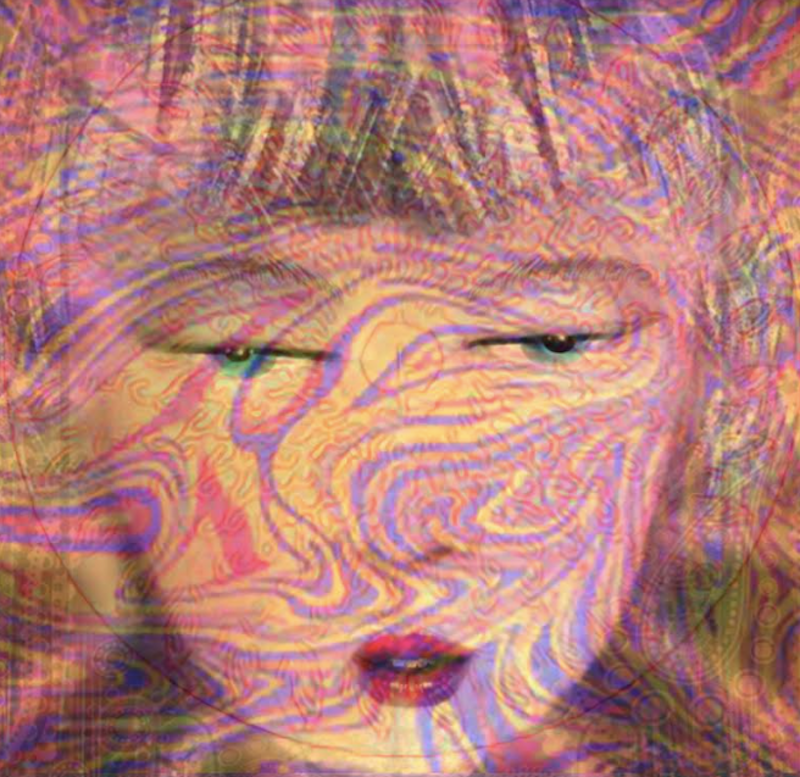 Wait a minute, are we in trouble? A genie can’t be put back in a bottle. What’s the deal with the US’s shifting tone and attitude regarding psychedelic use? This is a watershed moment in history. Consider: some of the roadblocks are evident, others are more subtle or we simply don’t know about yet. It’s critical to understand what’s going on before embarking on a mind-bending adventure.

Did Michael Pollan’s book, published in 2018, help shift the public’s attitude towards psychedelics? Psilocybin treatment is now legal in Washington state. Maybe it’s connected to the annual utopian Burning Man festival in Nevada’s desert? What about ayahuasca tourism vacations to South America for Americans? Whether it’s by the cliffs overlooking the Pacific at Esalen Institute’s hot springs, micro-dosing in Silicon Valley, or social gatherings in Los Angeles, California has always been at the forefront in experiencing new realms of consciousness. Check marks on all the above.

Mass market hallucinogenic drugs are ready to enter the American mainstream. This is nerve-wracking news for some, especially if that’s not your thing. Can you imagine what we’re up against without updating proper regulation and legislation.

Synthetic psilocybin is even patented by Gwyneth Paltrow’s Goop. And here I was thinking the kerfuffle was all about marijuana legalization. Meanwhile, an unspoken stench of greed grows on the horizon. Analysts disguised as proponents have published research on the potential health benefits of psychedelics. Copyrights to drug formulas are being secured by hedge funds. Pharmaceutical corporations are antsy, ready to start the manufacturing process on a new multibillion-dollar industry. A flood of new brands with funny names for psilocybin, MDMA, and ketamine might be advertised during the evening newscast. Ask your doctor while getting a prescription, “Is Timothy Leary outside looking in?”

Not since two Harvard academics freed themselves from the confines of the mothership and embarked on a journey in 1960 has there been such a flurry of change. Pushing the boundaries into an unknown universe, these mavericks rode an incoming cosmic tide; a movement that built a new alternative counterculture. By experimenting with laced sugar cubes among the student and faculty, these spiritual seekers sought enlightenment and stimulated the progressive thought-making processes. Their spawn swam upstream against underlying political and social currents.

In 1963, both men were dismissed from Harvard for different reasons and transformed into cultural heroes.  President Richard Nixon once said, “Timothy Leary was the most dangerous man in America.” Leary fled into international exile and did prison time. Richard Alpert sought spirituality. He became the Zen master Ram Dass and continued to educate. Together with a third man, Harvard alumni Ralph Metzner, they helped write The Psychedelic Experience in an aim to give this reawakening credence and a better understanding of psychedelic drugs. The complex matrix of revolution to turn-on America to LSD had begun.

April 19, 1943 is known as Bicycle Day. During World War II, Sandoz scientist Albert Hoffman took a strong dose of a mind-altering chemical substance he’d been working on. After work that afternoon, he hopped on his bike and took off with his “problem child” on the world’s first intentional acid trip.

In the early-1950s, the US government bought the world’s entire supply of LSD for under a million dollars. As the Cold War continued, spymaster Sidney Gottlieb helped develop mind-control drug experiments for the CIA in the secret MK-Ultra program. The government approach was abusive drug treatments supplemented with psychological torture for mind-control.

Some members in the psychedelic movement believed that the 1960s Flower Power heydays of rampant drug use was merely a stage in the development of rebellious adolescents and hippies who would eventually mature and possibly pursue avant-garde studies. That didn’t happen.

From the 1960s to the 1980s, politics, strict drug laws, Hollywood exploitation movies and conflicting messaging helped mold America’s anti-drug mood. These scare tactic campaigns ignored the truth and real risks in what we now know about addiction, smoking, alcohol, and casual drug use. According to a Gallup poll from 1969, only four percent of adult Americans had tried marijuana. We’ve come full swing.

I’m not advocating the use of psychedelics or any drugs. In many cases, they’re dangerous with lifelong effects. But psychedelics can be useful. When you’re in a stream of “unconscious consciousness” you can learn something. Fear is our biggest problem.

Michael Pollan’s best-selling book How to Change Your Mind provides a contemporary perspective; it’s for both psychedelic veterans and those who’ve never had the experience. The importance of Baltimore and the state of Maryland in hallucinogenic history and research is highlighted by Pollan. His writing gave me pause to consider my own experiences.

On August 1, 1975, an all-night party was in full swing in a Baltimore’s Bolton Hill neighborhood. A cassette tape played Pink Floyd, T-Rex and Bowie in the background. An incoming art student freshman class, some sporting French berets, red henna-colored hair and streaky black eyeshadow, thrashed about and drank like fish.

Word quickly spread that someone had Windowpane, the tiny transparent gray gels of pure LSD. A bunch of us decided to trip. We dropped around 3:30 in the morning. Everyone was “tripping balls” by five. As the first light of day painted the summer sky a tepid pink, a questionable decision was made to go up on the row-house apartment roof and watch the sunrise. I never made it.

Behind The Maryland Institute, College of Art, incoming freshman Brian Donegan was on a fire escape in an alleyway. Standing above my head, his silhouette quivered against the dawn. Brian held the escape ladder and told me, “It’s really heavy!”

Like a guillotine, it sliced off the fourth toe on my left foot. I stood silent, bleeding in a pool of expanding blood, dazed and tripping. Tommy DiVenti came running outside and couldn’t believe what he saw. My toe was hanging on by a sliver of flesh. A student named Blaine had a car and drove me to Union Memorial Hospital’s emergency room in a matter of minutes.

In the ER, I immersed my foot back and forth in a bedpan of Betadine watching these amazing damask-like patterns of purple solution turn yellow and disappear.

Then it happened. I looked up and entered a new realm of consciousness; I witnessed the cycle of life and death occur in front of my eyes. In tandem, two gurneys passed by each other; one had a male shot in the head bleeding to death, the other a woman screaming in labor pains. Later that day, I limped through the doorway of my parents’ house with my toe stitched back on. You can imagine my difficulty explaining to my poor folks what had happened.

It’s clear, there are hazards. There’s always a chance of a blunder and your actions could go awry in an accident, disorientation, anxiety, hallucinations, or delusions. The world’s a wild place, and our mind is a sensitive tool in constant flux. Complex psychoactive substances have surprising effects, even in small dosages.

Baltimore’s Johns Hopkins Psychedelic Research Unit has conducted research in the United States for over 15 years. Successful and promising treatments are possible when it comes to addiction, depression and end-of-life situations. The drugs themselves are simply one part of the process and act as a key. These forms of treatment necessitate verified professional, in-person training and counsel, which takes time. According to the Verywell mind website, “a professional psychologist can take as little as 8 years or as long as 12 years.”

It’s important to have trusted, ground control healthcare. Does an extensive training and vetting process produce reliable, honest professionals? One would hope so and herein lies another danger. As Olivia Goldman pointed out on Quartz: psychedelic therapy has a sexual abuse problem because of the “love drug” factor.

A drug like MDMA is different from LSD, Molly can cause sexual arousal. Patient demographics cover a wide range of diverse backgrounds and experience. The therapy guide position poses ethical questions because of a dynamic power imbalance. Sexual overtones could happen in sessions between a therapist and patient in treatment. If a treatment turns the wrong course, there’s a possibility that it might end in sexual assault. We don’t want to treat trauma by creating a new one.

Case in point: those seeking enlightenment in the ayahuasca industry in South America have proven dangerous. New York reported in 2021: “There is no way to vet ayahuasca tourism operators.” A shaman guide’s power to shock with offensive misbehavior deep in the Amazon jungle is real. It’s only natural to suspect, because there’s more than a few bad people out there.

So, if you’re an adventurous type, out in the desert looking for toad venom to get that ultra-high or traveling in an Arctic region—stay away from the Polar bears—there’s always psychedelic use worldwide. The indigenous Tungusic culture of Siberia believe when reindeer want to get high, they eat the toxic, red, white-dotted Amanita muscaria mushrooms; don’t try, it’s in the fly agaric fungus category along with death caps. The poisonous mushrooms have strong psychoactive properties. The herder’s keen source for their buzz: distilled reindeer urine. Not proven, so don’t eat the yellow snow just yet. There’s still debate whether the herders are tripping when they see flying reindeer, and you thought they were just staring at the Aurora Borealis in the Northern sky.