Dreams of Space, Skepticism and the Right

Thinking about the causes I’ve supported. 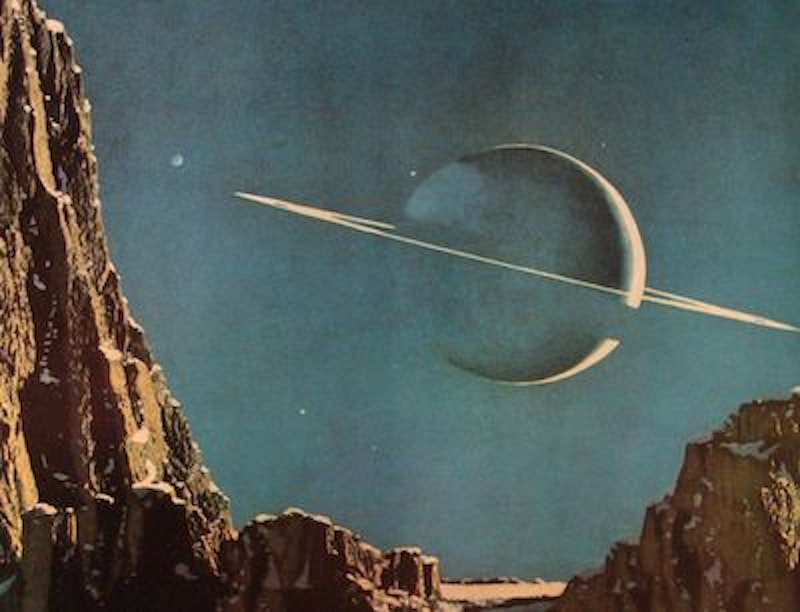 I’m fascinated by factions. Various causes in which I’ve had a stake over the years readily broke into competing groups that may have shared some sweeping dream but had different visions of exactly what it constituted or how to go about achieving it.

Among enthusiasts of space exploration, for instance, there are factions that want to: adopt a crash program of sending humans to Mars; return humans to the moon and treat Mars as a long-term goal; emphasize robotic exploration over human; build up an industry of orbital tourism; orbit giant solar panels as an energy solution; emphasize free-market principles in whatever gets done in space; expand government space activities for national prestige and security; foster international cooperation through multilateral space projects; and more.

Some of those ideas are diametrically opposed, while others have differences of priority or emphasis. But the proponents of all of them share what I’ll call “the space dream,” a belief that humanity can benefit greatly from expanded involvement in space. I share the space dream, though I’ve tended to migrate among the factions, once seeing more plausibility for near-term Mars colonization and asteroid mining than I do today, and more recently being frustrated that free-market space activity, such as Elon Musk’s Starlink satellites, is undermining astronomy.

A couple of decades ago, when I worked at Lou Dobbs’ Space.com, I thought the space frontier was going to move outward faster than it has. Perhaps the space movement has been hindered by its factionalism, though I’m more inclined to think its wide range of visions is a sign of health; that sooner or later, some of those visions will edge into reality, even as others fall by the wayside. Still, I wouldn’t recommend that anyone alive today plan on a retirement in space.

The skepticism movement is another that has produced various factions. You may wonder what the skepticism movement is, as it hasn’t gripped the public imagination to the degree that others and I have hoped. Beginning in the 1970s, some groups and publications arose in reaction against a profusion of public and media credulity regarding claims of the paranormal: psychic powers, Bigfoot, Atlantis, visits from aliens and from beyond the grave, and much more.

The skepticism dream was to make society more rational, more prone to demand and evaluate evidence when confronted with dubious or extraordinary claims. It’s worked in bolstering a subculture of people who think that way, though a quick look at the offerings of cable TV, with its profusion of ancient aliens and paranormal encounters, indicates there’s plenty of room for improvement in bringing skepticism to a wide public.

The factionalism in skepticism has been partly about how broad a mandate to pursue: notably, whether probing the truth claims of religion should be a focus of the movement. Some skeptics have embraced an atheistic mission, while others see religion as outside their scope or limit their investigations to tangible matters, such as the authenticity of the Shroud of Turin. I’m a practicing Episcopalian, and one step in my becoming so was reading an essay by the secular humanist philosopher Paul Kurtz, who saw religion as having a proper domain that’s “evocative, expressive, emotive.” Though Kurtz didn’t believe in God, he ended up being pushed out of the skeptical organization he’d founded by others more aggressively atheistic.

The intersection of skepticism and politics is an area of longtime interest to me. The question sometimes arises as to whether right-wingers or left-wingers are more prone to beliefs contrary to mainstream science. Broadly speaking, the data I’ve found suggests there’s plenty of credulity about bizarre things on left and right, though hostility to mainstream science on policy-related matters, such as global warming, is more evident on the right than on the left. I’d like the skepticism movement to become more involved in addressing politically charged issues. Trump’s corruption is more important to me than Bigfoot or Atlantis.

The role of factionalism in politics—and its desirability—is the topic of a recent paper by Steven Teles and Robert Saldin at the moderate Niskanen Center. Titled “The Future Is Faction,” the paper argues that moderates should work to become significant factions within the two major parties, rather than trying to form a third party or emphasizing institutional reforms (like changing how redistricting is done) that might empower the middle against the extremes.

It’s a message I didn’t particularly want to hear. I’ve written about my hopes for a third party, my animus against my former party, the GOP, and how after decades as a right-winger, I moved to the center as the right abandoned intellectual integrity and empirical reality. Still, I see Teles and Saldin’s point, as there’s not even a hint of an incipient third party in the current scene, and revamping the political system is likely to be a long, incremental, uncertain process.

As I write this, though, I’m watching congressional Republicans do their best to obscure the facts uncovered in the impeachment inquiry. If people who take science and evidence seriously want to join or stay in the Republican Party, I’m open to the possibility they might do some good. But I don’t expect to be part of any such faction. I no longer share the right-wing dream.