Great Powers of the Galaxy

Visions of advanced civilizations should kindle our ambition. 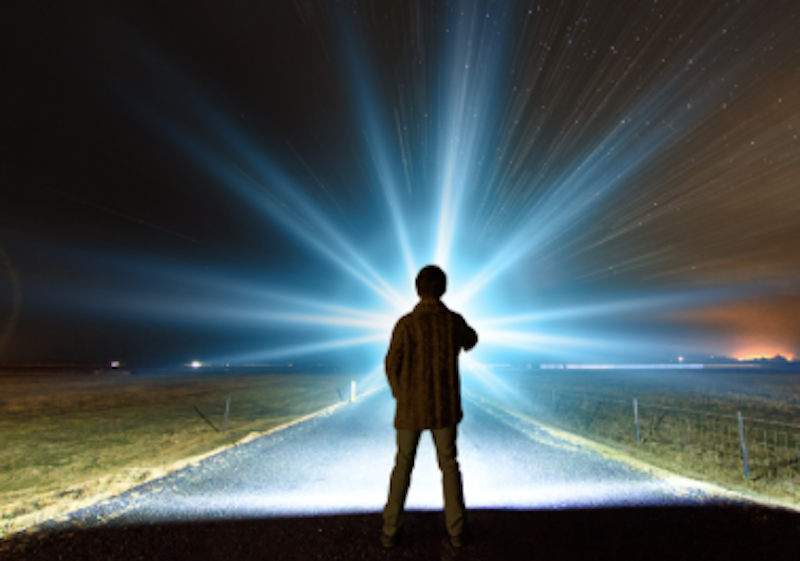 My work as a science-journalism copyeditor brings a lot of intriguing material across my desk, but few subjects enthrall me as much as intelligent aliens. This is particularly so when the extraterrestrials are distant. Close encounters such as UFO sightings have gotten revived public attention lately, but I’ll need more evidence that “they’re here” before such claims get my rapt attention. Yet the prospect they’re somewhere “out there” sparks many absorbing questions, including where they might be living and what challenges they may have to overcome.

Harvard astrophysicist Avi Loeb’s Scientific American opinion columns, which I’ve often copyedited, bring such issues to the fore. Loeb has argued that ‘Oumuamua, an object that passed through the solar system in recent years, was plausibly a defunct alien probe, and that scientists have been too closed-minded in considering such possibilities. He contends humans likely aren’t “the smartest kid on the cosmic block”; and that in time we might need to cooperate with aliens to manage galactic risks. A well-credentialed critic of the scientific community of which he’s part, Loeb’s a persuasive proponent of taking aliens seriously.

In the 1960s, Soviet astronomer Nikolai Kardashev created a conceptual scheme for what kind of capabilities advanced civilizations might have; besides organizing thoughts about aliens, this provides a framework for thinking about possible future human or “post-human” societies. Kardashev categorized civilizations by the size of their area of control, with a particular emphasis on energy production and use. Type I was a planetary civilization, amply harnessing the energies of its home world. Type II was a stellar civilization, with a solar system at its disposal. A Type III civilization operated on a galactic scale.

Humanity, by this reckoning, is heading toward Type I status but hasn’t gotten there yet. Carl Sagan sought to quantify this, calculating humanity was at 0.7 on the Kardashev scale and would become Type I after a few more centuries of energy development. In his 1980 book Cosmos, Sagan offered capsule descriptions of hypothetical alien civilizations, entries in an imagined “Encyclopedia Galactica.” One such entry was named “We Who Survived” and was given as 1.8 on the Kardashev scale, a planetary society with no colonies. Another was “We Who Became One,” a civilization utilizing multiple stars and holding a 2.3 on the scale.

Other scientists have elaborated on Kardashev’s framework over the years. Physicist Michio Kaku noted that Types II and III could survive most natural disasters, such as asteroid impacts and supernova explosions, but still were vulnerable to cataclysms on a cosmic scale. He speculated there could be Type IV civilizations that might transcend the universe’s end by building tunnels to parallel universes. Some have conceived of Type V civilizations, able to draw widely on the resources of the multiverse, or even higher types with powers we can’t imagine.

A key consideration in all of this is that we Earthlings are, as Loeb puts it, “late bloomers, cosmologically speaking.” He notes that our sun formed just 4.6 billion years ago, more than nine billion years after the first stars formed in the aftermath of the Big Bang. There’ve been huge amounts of time for life to form and evolve elsewhere. “Currently, we have no clue for the sophistication level of the technologies that preceded us in the cosmos,” he writes. Finding and deciphering an alien artifact might enable us to make an unprecedented technological leap.

As it stands, the limitations of human power are painfully apparent. A simple one-strand RNA virus brought massive death, suffering and disruption on a worldwide scale. Production and use of fossil fuels continue to drive global warming and ocean acidification. Hurricanes, wildfires and other disasters, often amplified by climate change, routinely destroy lives and property. Technological visions from the mid-20th century, involving space colonies, underwater cities and more, are noted in retrospect for greatly overshooting early-21st century capabilities.

It’s possible, as Loeb has suggested, that the seeming lack of alien visitation is precisely because we’re not advanced enough to be worth visiting. “It is presumptuous to assume that we are worthy of special attention from advanced species in the Milky Way,” he writes. “We may be a phenomenon as uninteresting to them as ants are to us; after all, when we’re walking down the sidewalk we rarely if ever examine every ant along our path.”

And yet, there’s nothing more human than wanting to better your circumstances and yourself. If we are of low status in a cosmic sense, that may end up being a key driver of our efforts to become more than we now are; to rise up in the civilizational rankings; to use our unique gifts and restless energy to show any passing extraterrestrials something they’ve never seen before.