The Unknown Troubles of Aliens

What risks lurk out in space? 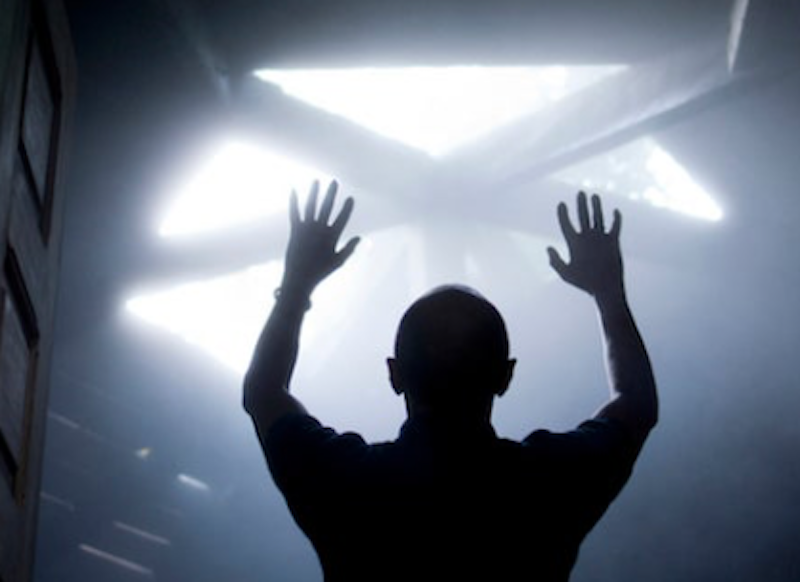 In early March, when President Trump was dismissing the coronavirus by comparing its incipient death toll to the flu, I was reading an advance copy of science journalist Wade Roush’s new book Extraterrestrials (MIT Press). Roush delves into the Fermi Paradox: why, in a galaxy seemingly rife with opportunities for extraterrestrial civilizations to arise and expand, is there no clear evidence of their existence? I didn’t immediately connect that question with the disaster then already spreading across the Earth, but now I do.

The conundrum, named after physicist Enrico Fermi, who reportedly raised it over lunch with fellow scientists some 70 years ago, has numerous possible answers. It could be that life requires extraordinary conditions to form, or to evolve beyond the microbial, or to gain intelligence. Perhaps even smart species rarely develop technology. Maybe advanced aliens have little interest in being detected by the likes of humans; possibly, they have cordoned off our solar system as a wildlife preserve or just a slum.

Among the most disturbing possible explanations for alien absence is that technological civilizations don’t last long; they destroy themselves or succumb to natural disasters before they’ve left much mark on their surroundings. It’s a prospect that bodes ill for own future, and one that’s become more plausible in light of COVID-19, which is both a natural disaster and an egregious example of civilizational bungling and criminality. While this calamity is unlikely to end all human society or life, it points toward how an even more impactful pandemic, war or other natural and/or artificial catastrophe could someday do so.

In late 2018, I reported for Splice Today on a SETI Institute event that touched on the question of how long technological civilizations survive, a factor labeled L (the length of time they send detectable signals into space) in the Drake Equation, which seeks to estimate how many civilizations the galaxy might hold. If L is small, the estimated number of such civilizations is lowered accordingly. The COVID-19 crisis, with trajectories of reported cases of the viral illness diverging across national boundaries, highlights the role governance may play in enabling civilizations to endure. Do aliens succumb to corrupt, demagogic, incompetent leadership?

The astronomer Carl Sagan, a co-founder of the SETI Institute, was an optimist about extraterrestrial life and its implications for our future. His 1980 book and TV series Cosmos had warnings about nuclear war and environmental destruction, but the overall message was a hopeful one, that humanity could overcome its destructive tendencies and make its way out into the solar system and beyond. The series was reborn a few years ago, with Neil deGrasse Tyson as host bearing a similar optimism about the prospects for civilization and science. The latest season, Cosmos: Possible Worlds, co-created by Sagan’s widow Ann Druyan, began airing amid the COVID-19 crisis and serves as a welcome counterpoint to this dark moment. Having seen the first seven episodes of the 13-episode season, I particularly enjoyed episode six, “The Man of a Trillion Worlds,” focused on Sagan’s own career as visionary and voice of planetary science.

I’ll take my hope where I can get it. And I’m glad one idea from the fringe of science—that viral diseases have origins in outer space—has gotten little traction in the current pandemic. The brilliant but eccentric physicist Fred Hoyle propounded that view, for example that the virus causing AIDS came to Earth from remnants of a comet. The 2003 emergence of the virus known as SARS sparked some discussion about “SARS from Mars”; that virus, formally SARS-CoV, was later traced to bats, similar to SARS-CoV-2, the virus that causes COVID-19.

Space may well pose real threats to us, just as the Earth does and as we do to ourselves. Much will depend on the quality of the political leadership that rises to meet any given threat—or that fails to, because it’s too focused on its own re-election, the stock market, its hotel revenues, finding scapegoats, extorting governors or demanding flattery. If a killer asteroid is someday detected on a trajectory toward Earth, I hope a credible president will let NASA and Space Force (currently not tasked with asteroid defense) do something about it.