The Icy Quarantine of the Extraterrestrials

Maybe we surface-dwellers are the unusual ones. 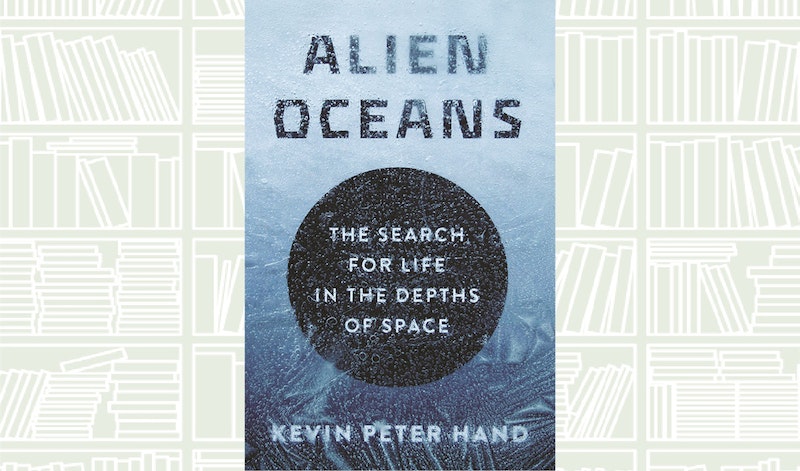 Kevin Peter Hand, a scientist at NASA’s Jet Propulsion Lab and author of Alien Oceans: The Search for Life in the Depths of Space, announced the book’s publication in early April with a tweet that noted “there are obviously much bigger things you need to worry about right now.” To me, though, Earth’s spreading pandemic was all the more reason to spend some time mentally diving into ice-covered extraterrestrial seas; the subject of aliens being suitable not just for escapism but also for speculation about humanity’s prospects in the cosmos.

Alien Oceans is an absorbing exploration of the possibilities for life in water-carrying bodies of the outer solar system (or similar worlds in other solar systems). Scientific interest in such ideas has risen since the late-1990s when the Galileo space probe first gathered evidence of an ocean under the surface of Jupiter’s moon Europa. Since then, interior oceans have emerged as a likelihood or possibility in various bodies including Saturn’s moons Enceladus and Titan; Jupiter’s moon Ganymede and Callisto; Neptune’s moon Triton; and the demoted-to-minor planet Pluto.

These developments have spurred a rethinking of where life might be. A solar system’s “habitable zone,” rather than a band demarcated by distance from a star, could be a larger and more complex area, with suitability for life also determined by factors such as a planet’s tidal interactions with its moons. As water is essential to all life on Earth, its presence is seen as a likely prerequisite to life elsewhere. Moreover, life increasingly has been shown to be able to thrive in extreme environments, including around hydrothermal vents on the ocean floor.

If evidence of life, including extinct life, were discovered beyond Earth, it would be a big deal, scientifically and culturally. However, such a finding on Mars would raise questions about whether that life was related to life on Earth; meteorites that might carry microbes have transferred between Earth and Mars many times over the eons. By contrast, as Hand cogently explains, any life in the outer solar system is virtually certain to have had an independent origin; terrestrial microbes that made an unlikely trip to Europa’s surface would be fried by radiation.

Theories of how life originated on Earth fall into two major camps, with divergent implications for the likelihood of a similar event in the outer solar system. One group proposes that life began in an intertidal pool, with the interspersing of wet and dry phases aiding the formation of biological structures. If so, the early Earth (and perhaps long-ago Mars and Venus) held life-forming potential unmatched on distant moons where no dry land abutted the oceans.

The other camp thinks life formed around hydrothermal vents, deep in the ocean at a time when Earth’s surface was bombarded by asteroids and comets. If that’s the case, then the outer solar system’s oceans, safely covered by ice, might have been great locations for life to take hold. Maybe such places are where most life in the solar system—or throughout the universe—is to be found, and it is we, living on a planet’s surface, who are unusual.

Hand’s speculations about what alien-ocean life might be like are well-informed and credible. Such organisms might use various senses, some overlapping with our own and others more exotic, such as echolocation and electroreception. Intelligence might arise among these extraterrestrials in adaptation to their complex environments. However, Hand suggests, paths to technology may be limited, with fire being unavailable for cooking, and with easy mobility in three dimensions reducing pressures to develop tools or weapons, or to settle farms. It may be only rarely, if ever, that a civilization pokes through the ice and sees the starry sky beyond.

Alien Oceans leaves us with a vision of the cosmos that’s simultaneously hopeful and stark. Hopeful in that the silence of the skies does not necessarily mean life has little role in the universe, or that civilizations routinely destroy themselves. Stark in that life may be common but isolated, quarantined under the ice, celestially distanced for better or worse.