The eyes of Marjorie Kane were ablaze. 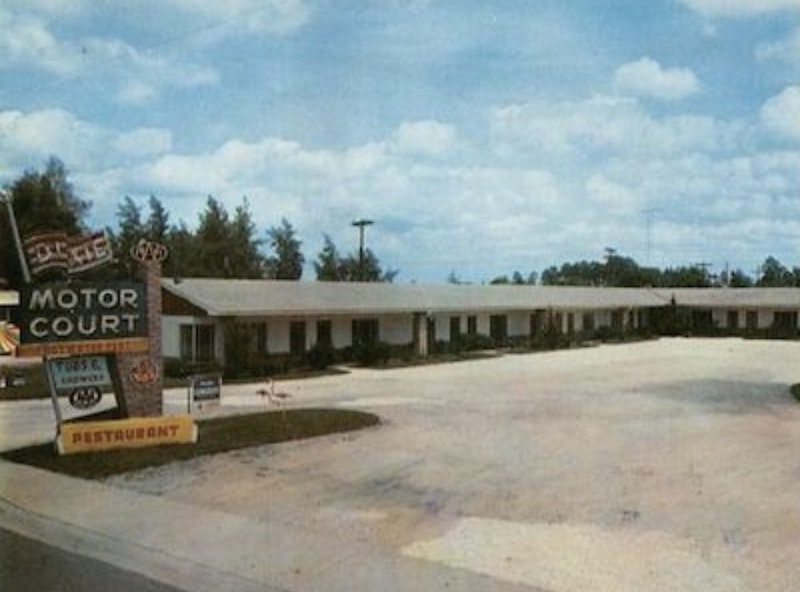 She was pretty good! Looked like the real thing!

"Locomotion! Jump up! Jump back!"

I liked this one best. When her tiny wrists went back, her tiny breasts jumped up.

"Pony!" She pranced in place, then galloped about our motel room, spanking her fanny, head bowed down like a thoroughbred set to task. Without warning she leapt onto me, laughing, into my arms, almost falling through me as if I were a swimming pool. We rolled around the bed laughing. We laugh a lot. "Yah, Mr. Cheshire, I love you so much! But if you ever... stray?" With that, the switchblade in my face!

"Whoa! Careful with that thing! You almost sliced off my nose!"

"That's what the Injuns did to squaws they only even assumed were maybe cheatin'! So watch your step! Got a dose of Cherokee in me."

"German, 80 percent German, the rest 'Kee. Natural born killer, yah. Like last night, while you were sleeping, ya big dumb dope." There was that askew smile. And a theatrical wink.

"What? What are you talking about?"

"You probably never even noticed him."

"Who? What are you talking about!"

"The gray man tailing us. He was driving a white Falcon for a while. Then he switched to a blue Biscayne. Before all that, a tan Valiant."

"Huh! I thought I noticed him in the Falcon..."

"Last night, he was outside our room. Dummy di'n't know I was in the bushes with Betsy." She poked shiny Betsy between my eyes. "I snuck up on him, forced him to walk into the swamp. I made him lie face down. I told him, 'No one likes a snoop,' then I stabbed the fink 100 times, stepped back to let the gators feast. Yah, that was a show!"

Darla was my little monkey! A barrel of. So, gray man no more, except in gator gizzard. I wonder if Dacron will upset their digestion? Once upon a time gray man was someone's brand new baby boy, their world staring up at them. I wonder if a gator can digest a wristwatch? Shoes might take a while. A week? A wristwatch could sit in a gator's belly forever.

"Cool Jerk! Say, Roger! You're kind of a cool jerk. Cool and all, yah, but such a jerk you di'n't even notice the gray man!"

"As I said, I did notice him. But I'll confess, not as early as you, nor as closely."

Strolling to the Dixie Motor Court’s restaurant, I marveled at untamed youth, she in the bloom of boom, a far cry from my wiser silent way. But push comes to shove, Darla's alert, gets a job done. This kitten doesn't pussyfoot.

One week ago, Zeke Kane sat at his desk staring out the window. Marjorie marched into his study and slapped him across the face. "Hop to, mister! Enough of this self-pity! Hop to!"

He shook his head, looked at her, focused and nodded. "You are right. Enough of this."

Marjorie zipped the DeSoto to her daughter's home, didn't knock, just entered and caught Anne smacking Luke with a flyswatter. Marjorie yanked it out of Anne's fist and slapped her once, twice, across the face. Then she picked up the little witch and spanked her keister three times. "Go to your room!"

Marjorie placed Luke on the sofa, wiped the tears from his face with a clean white handkerchief, then held the hanky to the tyke's nose. "Blow! Okay. Stop sniveling. Be Grammy's little soldier. Rough road ahead, but we'll get to the pot of gold. Weakness isn't a weapon."

Then Marjorie burst into the master bedroom, pulled back curtains, flung open windows, ripped the covers off Placid. "Get up! Take a shower! I'll make coffee. Work to do!" The eyes of Marjorie Kane were ablaze.

Between bites I asked, "Where to, Mrs. Cheshire? Sunny Los Angeles? Plunk down here? Just wander around? World's your oyster. I remain your humble chauffeur."

"Well, Los Angeles might be fun." Darla took a swig of Coke, gargled, swallowed. "And Lewisville might be okay." She took a bite of pancake soaked in syrup, chewed, and sighed, "Lewisville will always hold a special place in my heart." Another bite, this time of French fries smothered taxi-yellow mustard. "What say we mosey around? Maybe Florida? I think Florida would be tuff!" Then she speared two shrimp with her fork, rolled them in cocktail sauce, popped those babies down her gullet.

Driving until mid-afternoon, along Florida's west coast, we saw a sign: Entering Prentice Florida. We looked at each other and back at the sign and broke into laughter. Prentice! Florida!

Driving down Main Street. I said, "Y'know, it must be an omen! Kismet!" We rented a room at Sunshine Apartments and ate Saturday dinner at a diner. The next morning, I in a tan poplin suit and Mrs. Cheshire in a lavender linen suit, were listening to a sermon at Prentice First Baptist. But I wasn't paying attention to it. The minister's wife? A knockout!

Then I glanced down to my right, to Darla's just opened pocketbook, a gentle reminder: Betsy.