Meditations of a Copy Editor

Defending the sanctity of the written word is a mission. 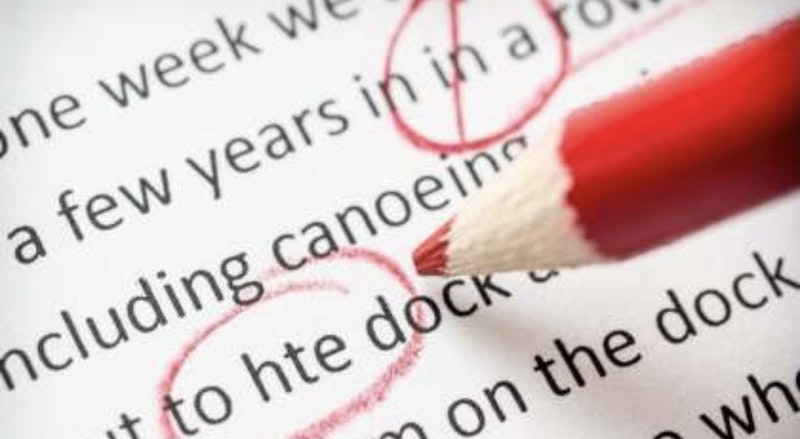 For centuries, the only copy editors were monks. Meticulously copying texts onto parchments, they’d make changes if they thought a previous denizen of the scriptorium had erred. The printing press then brought about “correctors” tasked with fixing typos, and a gradual evolution gave rise to modern copy editors. Yet a hint of the monastery still clings to the copyediting profession, an aura of fidelity and diligence, a trace of self-abnegation. Copy editors are much like brewers, their brethren in monastic origins: patiently stirring an opaque concoction, applying rules that the laity may not understand, protecting the quality of the product.

I’m a copy editor; not my only job, but a substantial part of what I do. I’m also a fact-checker, a niche that overlaps with copyediting and isn’t uncommonly vested in the same person. These are late-stage efforts to make a manuscript conform to particular standards: of accuracy, for both copy editor and fact checker; of readability and stylistic consistency, for the copy editor. Copyediting includes proofreading, the scanning for errors of spelling and grammar, but it has a broader mandate: to make a manuscript better; to avoid post-publication embarrassment.

Copyediting can be distinguished from other types of editing, such as “developmental,” an early phase of choosing topics and guiding writers; and “structural,” where a manuscript may be thoroughly revised. “Line editing” or “substantive editing” may be classified as part of copy editing or adjacent to it. The boundaries vary among organizations and personalities. But it’s fair to generalize that copy editors don’t hold positions of visibility or glamour. They’re there to check details and guard against problems. As with certain other jobs—national-security officials, for example—becoming a center of attention likely means something’s gone wrong.

Technology’s transformed the copy editor’s craft. The arcane handwritten marks used by the guild for altering text on paper have largely gone by the wayside. Making and tracking changes via software is the norm. Automation and outsourcing can eliminate copyediting jobs, as can the broader financial pressures facing journalism and publishing. Yet copy editing skills remain marketable, including through options outside of journalism, such as pharmaceutical advertising with its perpetual need for editors versed in the technicalities of AMA style.

While the copy editor may be stereotyped as killjoy or drone, the job requires diplomatic finesse. One is, after all, correcting others’ work; and seeking harmony among diverse interests. “Copyeditors always serve the needs of three constituencies,” states a book called The Copyeditor’s Handbook, which lists these as author(s), publisher and readers. Writers and the editors who’ve shepherded a manuscript in earlier stages may have an attachment to that text. Wikipedia’s entry on copyediting counsels: “The copyeditor must consider when to query and the length and tone of their queries, as querying too often or seldom, cryptically, or sarcastically can result in a negative relationship between the copyeditor and the author.”

An affinity for delving into archives is also part of the copy editor’s quintessence. Dan Schlenoff, longtime copy expert at Scientific American, who tragically passed away recently, was a master of such immersion, digging up artifacts from the magazine’s records of 50, 100 and 150 years ago. His last such entry contains this glimpse of a 1921 calculation of the Earth’s age by a monk-scientist: “The Abbe Theodore Moreaux, Director of the Observatory at Bourges, has recently given some estimates of the age of the earth and when the phenomenon of life appeared on it. He considers 500,000,000 years about right for the age of the earth and he thinks that the temperature dropped to a point where life could exist about 250,000,000 years ago.”

The copy editor doesn’t dwell on some sheltered island of verbiage. As philosopher Crispin Sartwell has observed, words are central to the political tumult of our time. Stylistic conventions become freighted with meaning on matters such as pronouns, capitalizations and honorifics; whether Jill Biden is to be called Dr. Jill Biden, for instance. As I noted last year, capitalizing the B in Black Americans has become common, raising questions as to what significance is attached to capitalizing, or not, the w in white, or the b in brown. Copy editors can’t just cite a style guide for such issues; part of the job is assessing what the style should be.

Even typos may be political statements these days. Some observers have suggested that the numerous misspellings and solecisms in Trump’s now-defunct Twitter feed reflected a deliberate strategy to bolster populist credentials through a taunting defiance of media elites. There may be some truth to that. By defending the value of correct spelling, grammar and usage, the copy editor declares that standards exist, that language contains resilience against demagoguery and stupidity; that those in power and the mobs they lead don’t determine what’s right or wrong in the words we set down for the future.

The monastic copyists of yore preserved the written treasures of civilization across ages in their illuminated manuscripts. The copy editors of today may be engaged in an unheralded mission that posterity will appreciate.