Xi Jinping and the End of Ideology

Partying at the end of history, with Hegel, Marx, Fukuyama, and Chinese Communism. 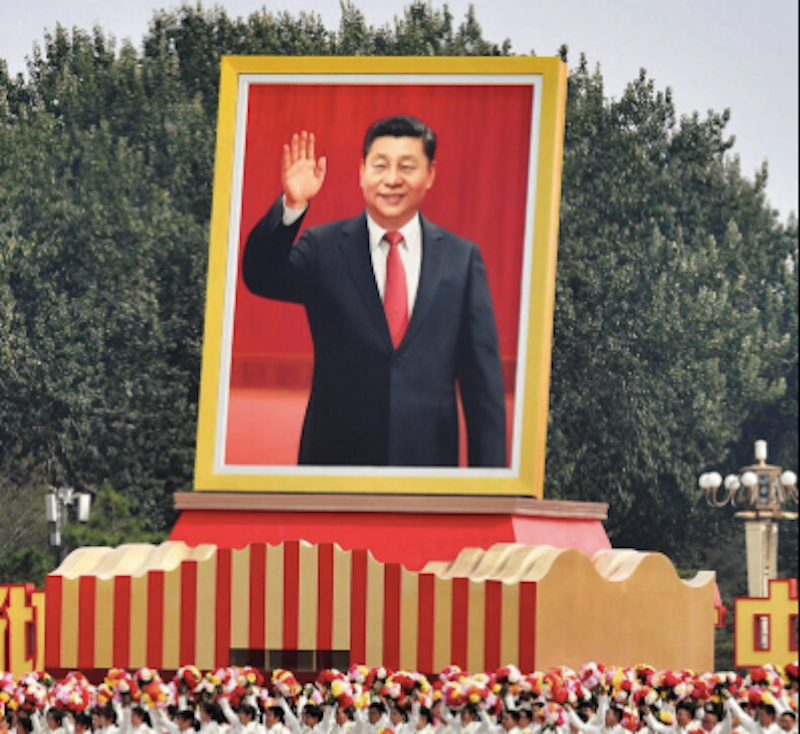 Xi Jinping, at the recent Communist Party congress, purged some potential rivals and consolidated power over the world's largest population and (at least) second-largest economy. Over the last decade, he's created an unprecedented surveillance state, the most thorough totalitarianism thus far achieved in the world. If I thought I understood the whole structure history—where we've been and where we're going and why—I'd be tempted to call this the culmination. This is it: the terminus, where we fetched up.

It’s now traditional to believe that, despite its chronically chaotic appearances, history has a relatively straightforward direction and irresistible momentum, that we're all headed somewhere definite and that super-geniuses can figure out where that is. See, for example, the Book of Revelations or the prophecies of Nostradamus, earlier iterations of the oracular impulse. Hegel’s definitely more philosophically sophisticated than Nostradamus (though Fukuyama isn’t), but is still engaged in divination and prophecy: still consulting flights of birds and entrails of beasts, the stars and the cards, for hints about what comes next.

In stating the overall structure and direction of history, big-ass thinkers and chairmen-for-life are trying to account for the thousands of actions each of billions of people over centuries, saying that they're all headed in one direction together. It seems unlikely. I'd put it like this: what's the force guiding and driving this thing, and fixing its purpose? No one can comprehensibly put forward this account of history without an old-fashioned conscious, intelligent, purposeful, and intervening God, even if they call Him "Karl Marx." Fukuyama and Xi, for all I know, don’t believe themselves to be theists. Self-examination is hard.

All four of the dudes mentioned in the sub-head regarded or regard the structure of history itself, the structure that coordinates and makes sense of those thousands of actions each of billions of people, as “dialectical.” They conceive the physical world as mirroring an intellectual argument or dialogue. At each phase of history, contradictions emerge, which bring about the next phase, in order to resolve the contradictions. Capitalism, for example, contains the seed of its own destruction (plunging into over-production and economic collapse, according to Marx). History then proceeds through a series of contradictions and resolutions, until it arrives, by its necessary internal intellectual or narrative structure, at the final resolution.

There’s an end goal of the grind, and it's going to be very good say Hegel, Marx and Fukuyama. These apparently meaningless struggles, these wars and genocides and famines, all this suffering and stupidity, will all be redeemed at the end: they, and we will then make sense in retrospect. I see why people want to believe that. It gives the sense of having a comprehensive understanding of the world and one's fellow human beings. But what I don't understand is howpeople believe this, in the face of all data.

If I were in the mood to narrate history—if I were cooking up a book of Sartwellian revelations—maybe it’d go like this: History has been working all these millennia to generate the left-right spectrum, which it did around 1848. Then the leftists and the rightists, the fascists and the socialists, had to fight it out for a century or two. Unsurprisingly, because they’re made up by humans, leftism and right are beset by wretched contradictions. Neither is even vaguely internally coherent. And as a practical matter, they’re driving in the same direction, which we might characterize as a permanent and irresistible political and economic hierarchy that coincide precisely. Leftism doesn't amount to much practically except state ("collective," "public") control of everything, whereas rightism finally resolves into economic hierarchy, extreme inequality, produced by “markets.”

The left has been completely (though unconsciously) committed to political hierarchy (=state power), and the right completely (and intermittently, consciously) to economic hierarchy. Both positions conceive the political and economic as distinct realms that are pitted against one another. The left proposes state control of the economy, the right proposes, say, corporate control of the state. If you weren't looking at this through its own wacky glasses, you'd see that these positions are highly complementary. Yip-yapping in completely different ways throughout, yelling at each other, they were both headed in the same direction, which we might as well just call "China."

Xi's China shows the whole damnable structure of the fantasy with clarity. Call it "state capitalism" or "profit-driven socialism": the outcome shouldn't have surprised anyone who didn't accept the mumbo-jumbo of one side or another at face value. The cash value of surveillance might be the real lesson of history.

Making himself into a traditional autocrat might be Xi's undoing, and might display China as a not-very-new phase of a very old history or struggles for personal power masked as battles of ideas. But either way, no one who looks squarely at the rise of China as global power can continue to regard state and capital, right and left, as opposed. They've merged, and that (not Fukuyama's wishful liberalism) is how this story ends.

Cute, if true. Yet too cute by half, like all these positions. We’re headed in all directions at once, and none in particular. There’s no particular place we're going, and definitely no terminal political or economic solution. You've been hallucinating; surely you see that. You've been wishing. Time to start looking, instead.

Maybe Xi's China does provisionally resolve some of the apparent contradictions between capitalism and communism. Cool. But what happens next is anyone's guess, and anyone's guess is likely to amount to their own wishful or depressive thinking. We have no idea where this is headed, being little pinheads and all. So good luck out there to us all, in the supreme mess known as history.