First, get the pants back. 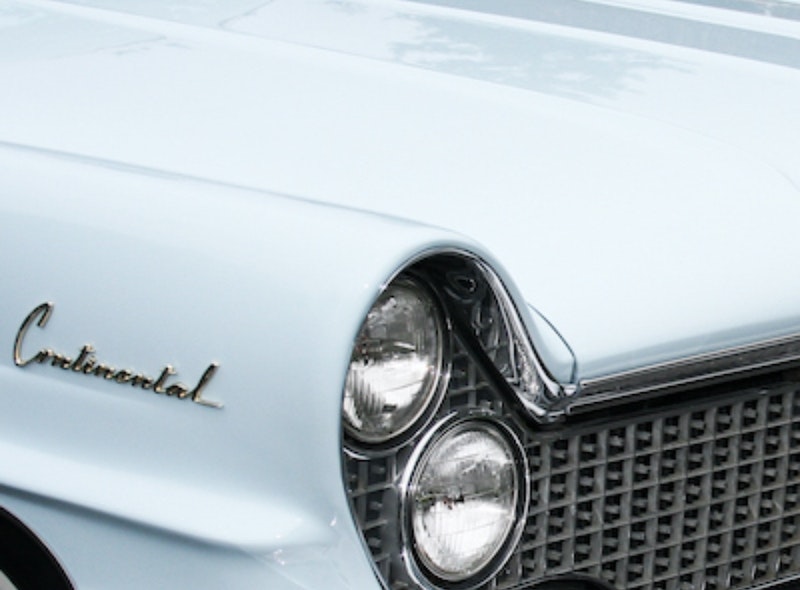 "And now because you demanded it, a double-whammy!" The radio launched into another play of the toe-tapper as Lee "Baby" Griffin hollered, "Only WPOP, Pop Radio, gives you the double-whammy treatment! Accept no substitutes! WPOP is the only station to listen to! The rest are greasy mountebanks of a virulent order. You, Dear WPOP Devotee, are a higher degree of elevation, you are members of The Royal Order of WPOP! Pop music for today's discerning teen!"

Hulk looked up to see Red Mazzo being led in at knifepoint by Chance and Cheryl. "Ya caught a live one, Chance! Let's have some fun with this little fink! Depants him!"

"No!" cried Red, but in a move they had him on the ground, unbuckled his belt and had the gray trousers off, bunched in a ball. The half-dozen boys formed a circle, Red the monkey in the middle, as they tossed his pants from young hoodlum to young hoodlum. Red ran in this direction and that. "Gimme my pants! Gimme my pants!" Cheryl lit a cig and watched, bemused.

With one hand, Chance held the slacks high, with his other hand he gripped Red's neck. "Shaddap, ya little creep! Tell ya what, let's make a deal."

"Okay," Red panted. One shoe had been knocked off in the melee. He looked over to see it in the distance. First, get the pants back, then the shoe, he thought.

"I'll let you have your pants back if you eat dirt."

"Okay, fine. No pants. C'mon, fellas, let's toss him on the street in his undies."

Hulk quipped, "I got a better idea. Cut his nuts off!"

Red made a bolt for it, was tripped by Chance, who then put a foot on Red's back, pinning him to the ground. "Take it easy, ya little dope. No one's gonna neuter you. But I'll give you a choice. Either eat dirt, or... eat a nice fat juicy worm. Your call. One or the other, you get your lousy pants back."

Afterwards, Chance told Red that if he squealed, well, the gang had over 100 members, and they'd come to Red's house and do awful things. To his mother. They might even set the house afire in the middle of the night. Then he gave Red a moment to struggle his pants on, if not buckled. A swift kick to his rear sent Red flying out onto the sidewalk, landing on his hands and knees. His briefcase and shoe were tossed after him, followed by an empty Schlitz can, and guffaws from the toughs.

The house was empty when Red arrived home, quiet. His dad would be back from work soon. Red hurried to the bathroom, cleaned up, noticed rips on both pant knees. This was beyond bad. Brand new pants. He'd have to make up a story. The playground. A bully. Or something. A car almost hit him and he jumped and fell.

The next morning, kids settling into their seats after the first bell, Valerie leaned forward and whispered in Red's ear, "Looky what I have!"

He turned to see her twirling a compass.

"That's not a compass! A compass tells you where north is and it looks like a watch."

"It is so a compass. You don't know anything. This is a different kind of compass. It's for drawing circles." She demonstrated, stabbing the point into a yellow pad, turning the tip, creating a circle that got darker with each rotation, achieving a business-suit gray before she stopped and patted the instrument against her palm. She said, "The point is pretty darn sharp." To demonstrate, she poked the tip of her index finger, and squeezed a droplet of blood. Red felt faint. This didn’t bode well.

Red was groggy, even content, after lunch, after good conversation with Roger and Phil, debating the fine points of Dell versus Charlton comics. It was great having new pals, guys who were really keen on comic books. Roger especially was smart. He even ventured into sci-fi paperbacks. He owned over 40 of them. Red only had three, Robert Heinleins aimed at youngsters, and several Tom Swift hardcovers. Roger had grown-up stuff by Heinlein, as well as John Campbell, Robert Silverberg, Lester Del Rey, Fritz Leiber, Stephen Barr, etc. "Sometimes they even have dirty words in them," said Roger. He lowered his voice and said, "Hell, damn, goddam, chrissakes, fairy..."

"Fairy? Why is fairy a dirty word?" interrupted chubby Phil before grabbing a bite of Salisbury steak and mashed potatoes. He was thinking of the tooth fairy and fairy princesses. He was confused.

"Because," Roger explained, "that's a slang term for a certain kind of man."

"What kind of man?" persisted Phil.

Miss Newton conducted their music class as Miss Raybund sat at her desk, grading the math test she'd given the kiddies in the morning. Miss Newton, like Miss Raybund, was tweedy and gray. But whereas Miss Raybund was stocky and gruff, Miss Newton was birdlike, thin. They shared a Victorian on the outskirts of town, were often seen driving about in an old Packard, Raybund at the wheel, and were members of the Unitarian church.

The class was singing folk songs. It was all pretty routine until Valerie jabbed Red's back with the point of her compass. He stifled a yelp. The last thing he needed was Old Lady Raybund on his case again. He went back to singing—actually just mouthing the words, his singing voice was an embarrassment. Then another jab. Then a real stab.

"Mr. Mazzo! I beg your pardon! What on earth is your problem!" Raybund stood at her desk, eyes blazing.

Red froze, not knowing what to say or do.

"Miss Raybund!" A kid a few seats back waved his hand and, at Miss Raybund's curt nod, piped up, "Valerie stabbed him with her compass! Three times! Look! He's bleeding!"

Miss Raybund huffed over, like a bulldozer through shrubbery, and took a look. There was no denying it. There was a red spot, the size of a quarter, on the back of Red's shirt.

"Valerie, put your compass away, please," she said while stroking the girl's blonde locks with an abundant affection. "Mr. Mazzo, to the school nurse with you. Request she put an adhesive bandage on your little boo-boo. Class! Back to order! Give Miss Newton your full attention!"

After class, as most of the kids were getting on the bus, Red prepared to walk home, to take a long route to avoid the teenage gangsters. He'd have to loop around, up the big hill, down a few side streets. A lot of effort, but if he really hoofed it, he'd get home not too late. He wasted no time chatting with classmates, hit the road running. He looked over to see a white Lincoln idling, its engine was almost musical. Valerie strode to it, got in the back and was chauffeured home.

It was a rough week for Red. But after Tuesday Valerie simply ignored him. Then without warning, on Friday morning Miss Raybund announced to the class, "Little people! Your attention, please! I regret to inform you that our dear Valerie has transferred. She's now attending Country Day. Our immense loss is their great fortune, alas. Now! Open your arithmetic books!" She rapped a ruler on the side of her heavy oak desk for emphasis.

Red continued taking the long route home. All seemed as good as could be expected.

On Saturday, the Mazzo house got a surprise visit from Uncle Joey, brother of Red's dad. He was a young guy, the baby of that brood. No one was exactly sure of what he did for a living but he always drove the latest Thunderbird convertible and dressed sharp, today a Continental suit and Italian shoes. When he pulled into the driveway, the top was down, and rock 'n' roll was on the radio. He hopped out; his pompadour had a Vitalis sheen. "How's it goin', Reddy?" He ruffled Red's hair.

"Okay, Uncle Joey, I guess. My folks are out. They'll be back in a little bit."

"Sport, what say we sit on the porch steps and you tell Uncle Joey why things are only okay, you guess." It took some prodding, but finally Red broke down in tears, told Joey about the gang and the humiliation he'd endured. "But ya gotta promise not to tell anyone or they're gonna kill us!"

"Tell ya what. Wait right here, champ." Joey stood, shoulders back, shot his cuffs and marched over to the drugstore gang a block away.

"Which one of youse punks is Chance?"

Chance gulped. He recognized Joey Mazzo. Who wouldn't? Joey was a lieutenant in the syndicate.

With his right hand, Joey reached into his left inside jacket pocket. When his hand came out a second later, brass knuckles glinted in the sun. He tossed a quick right to Chance's jaw. The break of bone was audible. Then he delivered a solid left to the punk's gut. Chance fell to the ground, winded, eyes bulging.

Joey stode over to Fortis. "You the one they call Hulk"

"Why am I not surprised?" With his left hand, Joey reached into his inside right jacket pocket and produced a switchblade. Snik! He held the blade to Hulk's face and said, "Get down on all fours and eat dirt, boy."

Hulk complied, readily, ate several mouthfuls of sandlot dirt. With his knife, Joey indicated a spot with a cigarette stub. Hulk ate the butt, filter and all.

"Okay. Enough. Stand, big fella." Face to face, Joey stared into Hulk's eyes and cut a line down the side of Hulk's face, deep enough to leave a good scar when it healed. "That's just a little something to remember me by. And a friendly reminder to never, ever, pick on a kid. Capiche?"

"Okay. Who's next? Any more brave guys?" They backed away. "No? All a buncha fairies? All right. As of now, this operation is kaput. You all get jobs or stay at home or go to the lie-berry or pull your puds, somethin'. This deal is done. Fini. And if I hear a thing, if I hear a peep, you are dead. I mean, in the morgue."

That evening Joey took the Mazzos to dinner, at Marino's, the fanciest Italian restaurant in town. They were treated like royalty. Everyone knew Joey. The owner came over to make a big fuss. There was much merriment. Red ordered spaghetti and meatballs, French fries, and a root beer. This Saturday wound up as the happiest day in Red Mazzo's life. That night, in bed, his fingers laced behind his head, he thought about the future. He imagined himself as the captain of NASA's first team to spend a year in a space station orbiting Earth. He and his crew would return to a ticker tape parade down 5th Ave. Then Valerie would fall hopelessly in love with him. They'd marry and live in a mansion with their many children, near Cape Canaveral. It had to happen, it just had to, because there was no denying it. He loved her, the most beautiful girl in the entire world.