Why I'm Not on the Right

The right doesn’t have a coherent ideology. 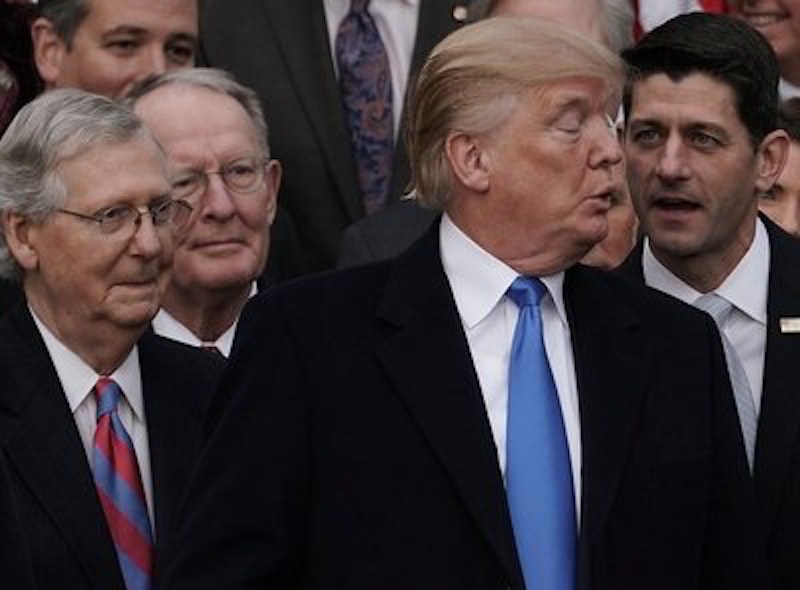 If I decided that I wanted to be on the political right, what sorts of doctrines would I be accepting, and what figures would I be affiliating myself with? (Last week, I wrote about why I’m not a leftist.)

Suppose I'm a right-winger, rock-ribbed, right as the day is long. What does that tell you about me? That I emphasize the value of traditional institutions and am intent on slow-walking change, like Edmund Burke or David Brooks? Or that I join Trump in ripping up the norms of government, and oppose free trade with my nasty Twitter feed? It might tell you, I suppose, that I'm a classical liberal, or a neo-liberal, or a late capitalist, or an extremely late capitalist. Or am I a populist? Quite possibly you expect me to keep right on going from Steve Bannon ethno-nationalism to Viktor Orban fascism, hinting that the white race is under threat and proposing a merger of a new mega-state with a capitalist economy. Not exactly Edmund Burke.

Or perhaps, hearing that I'm on the right, you'd expect me to be anti-government, a tea partier or libertarian. I might go on beyond Adam Smith entrepreneurialism to Ayn Randish or Nietzschean supermen. Or do I throw in my lot with evangelical Christians of a certain sort, preach humility and start legislating morality, rolling back reproductive rights and gay marriage? For all you know so far, I might be a reactionary Catholic, or perhaps a royalist, sending down my right-wing roots into some previous century. Or I might be a big-government national security hawk, like Dick Cheney, or a small-state isolationist like Rand Paul, or a deficit-ballooning promiser like Trump, or an anti-deficit obsessive, as Paul Ryan once was.

I'd be a rockin' rightist, maybe, but I don't know how. No one does. Having some sensible principles according to which positions ought to be associated or distinguished would seem to be a minimum requirement for an adequate political taxonomy, for any rational attempt to set out the basic range of political possibilities or identities. "Right-wing" obviously is not up to the task. It tells you nothing except "not-left."

In short, to be on the right is nothing in particular, and the positions in this range are characteristically as opposed to one another as they are to anything on the left. That's because the left/right spectrum makes no sense, and the right was essentially invented by the left as whatever is excluded from their range (welfare state socialism to Marxist communism). Provisionally, here and there and in various configurations, this led the non-leftists to band together. The incoherence in the coalition is visible everywhere, and is nowhere clearer than in the Republican Party, which joins George W. Bush with Donald Trump, Mike Pence with Rand Paul, Steve Bannon with Barry Goldwater, Bill Kristol with Franklin Graham, people who are united only by their loathing for the left and its for them.

Loathing is the exclusive source of everyone's political commitment at the moment.

Perhaps the idea is that all these people are “reactionaries,” who want time to flow backwards, as opposed to “progressives,” who want time to hasten toward a future bright with promise. That's mere leftist ideology, and it’s very silly. Or perhaps being on the right is supposed to be about "the preservation of privilege." If so, I'm against it, but I fear that the left and right, as a general matter, merely disagree about the shape of the hierarchy. The left centers it on educational elites and an extreme state power, which—you may not have realized—is the power of some people over others people.

So to really tell you why I'm not a rightist, I'd have to go one by one through a dozen or more completely different political positions and tell you why I'm not each. I won't rehearse the reasons that I'm not a fascist. I don't feel I have to spell out why I'm not a pre-Vatican 2 Catholic or a Southern Baptist; these are matters of faith, not argument, and if I’m a Christian I’m a Christian of a different sort. A Burkean argument to the effect that radical change and revolution are dangerous makes some impression on me, unless I am strongly opposed to what those institutions are doing at a given moment: torturing prisoners and invading the Middle East, for example.

Sometimes the left puts the whole thing on statism: the right, again, is "anti-government." Oh yeah? Try telling that to Lindsey Graham or Benito Mussolini. (Not wanting to be associated with Benito is another of the many reasons I'm not on the right, as the fact that I don't want to be associated with Pol Pot is a reason I'm not a leftist.) But since I’m an anti-statist, I’m most sympathetic to the libertarian wing of the right. I'm not sure I could philosophically defend a conception of natural individual rights, but I do fundamentally believe that politics must begin with a respect for individuals, and for their rights of conscience and expression. I don't want a state-administered economy, which just runs the political and economic hierarchies together. I think it's no business of mine whom you marry or what you smoke.

But the brutal “free market” capitalism of people like Ayn Rand makes me ill. I think the idea of stateless free markets is a myth: the rise of capitalism coincides with the rise of the modern nation-state, and depends on it in a thousand ways, as Adam Smith and virtually everyone who has tried to trace the historical origins of capitalism agree. Capitalism is bound historically to colonialism (consider the East India Company and similar state/capital ventures), to national currencies, to regulated equities markets, and so on. The sort of capitalism we have now is dependent on the state and intertwined with it, nationally and internationally. The idea that you can wield state power to control capital or capital to control state power is a completely ahistorical ideology shared by the left and the free-market right. Again, gaze upon China.

When we've had capitalism at its most rocking moments (say, 1870-1910 in the US), it has been deranged in its practical oppression of workers and the absurd inequality in the distribution of resources that it generated. I'm not in favor of trying that again, though Lord knows the blank "meritocratic' bureaucracies we have now are annoying and oppressive in their own way.

Hence, even in its best incarnation as I see it, I don't think the right has a coherent ideology. I've jumped ship from the whole sinking, stinking, rat-infested spectrum, baby.

Next week (barring irresistible news developments): Why I’m an Anti-Authoritarian.