Why I'm Not a Leftist

The left wants to solve oppression by more thorough oppression. 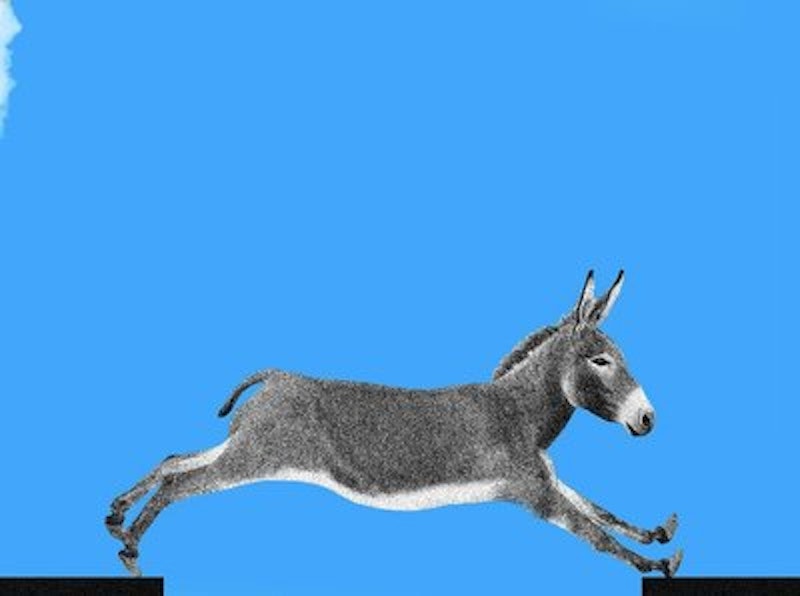 I'm an egalitarian. I don't think there’s a natural hierarchy of race or gender or sexuality or class. I call myself a feminist and anti-racist, and have worked hard at it; I've tried to reflect and change, insofar as that’s possible for a person like me. I’m outraged by the enduring, intensifying hierarchy of wealth that eats the world. I'm not opposed to buying and selling or ownership in all forms, but I'm certainly not a go-go capitalist. The picture of humanity that you get in capitalist ideology, in which everyone is dedicated above all to serving their own economic interests, makes me ill. I wish for a world where every sort of person is valued and in which the giant structures that oppress us all have been leveled.

In other words, I’m down with the goal. But the terrible problem with leftism, the practical problem and the theoretical problem, comes in the realm of the means to reach it. The left wants to solve oppression by more thorough oppression. It wants to solve hierarchy by imposing hierarchy. To free you, it intends to re-make you, re-train you, transform you, and to create institutions that are capable of doing that to everyone. At the beating bleeding heart of the left is the most obvious and the most destructive contradiction in the world.

Marx taught that a bourgeois intelligentsia will lead the proletariat to see where its own interests really resided: in the destruction of capitalism. This elite will spearhead a transformation to a new, much more equal world, which will be accomplished by a government the size and power of which will be unprecedented in human history, a “despotism” or “dictatorship” that controls all manufacturing, transportation, education, finance, and communication, to begin with, and that “liquidates” class enemies. This program (despite what a Marxist might tell you) has been sincerely applied all over the world. It has led to some of the most entrenched hierarchies of power and to most of the most murderous regimes that the world has ever seen.

That’s entirely predictable, because history shows that hierarchies coincide. If you dismantle the existing economic hierarchy by creating a more powerful state, resources will flow toward the power, and the people who constitute that state will be at apex of a new economic hierarchy, enforced by unprecedented powers. Consider China, for instance. The idea that you’re going to make us equal through oppression is really stupid.

The contemporary mainstream left isn't usually flatly Marxist, but it has brought that along with it. There are almost no ideas whatever except further government programs, an ever-growing coercive state power that devours different segments of the economy and of social life, that tries to mold minds in its image or for its purposes, that imposes the envisioned transformation from the top down.

Unfortunately, government is obviously not whatever the left thinks it is. It’s not all of us together, which should be obvious to the left during the Trump administration. It’s an actual group of people. All you propose to do is create a new class, dominant both economically and politically, and I think you have largely been successful in this regard. Turn over the sort of power you contemplate to a government, and you should expect in the long run to be its victim.

Morally, it’s unconscionable to separate means and ends in this way, to countenance ever-more thorough oppression for anti-oppressive ends. Practically, welfare-state liberalism and state socialism have had the direct result of consolidating economic and political power into more or less the very same hands, and placing everyone at their mercy.

I'm not enumerating examples very elaborately here, but I'll give you one. Public housing programs uprooted many functioning communities. They enhanced or imposed racial segregation. They often led to nightmarish living conditions. Their declared purpose was to make people more equal, or even to address racial disparities and move us to a more just society. The power that was constituted by the funding and the law accomplished effects precisely opposite of those it declared. That, in brief, is the history of the whole left.

This idea where they will free us by oppression is a sort of tic on the left. Once you see it clearly, that's more or less all there is. A beautiful example is today's anti-free-expression movement, which is dominant on college campus, but has bled into everywhere. We will free the oppressed by imposing formal and informal, state or institutional, limits on the expression of everyone. We will free everyone by forcing them to say the right thing and wear only the permissible outfits.

Meanwhile, we’ll constitute powers of surveillance, institutional sanctions, and various techniques for silencing people that can be turned to whatever purposes the people who control them care to pursue. Create a power capable of controlling the speech of your enemies, and you should expect to be silenced yourself. You'll deserve it, too. In all your history since 1848, you have proposed to free us by enslaving us. You're immune to the historical information that makes it obvious that that is a disaster.

Anyway, you have beautiful ideals. I share these ideals. You have ugly, unimaginative, demonstrably disastrous procedures for realizing these ideals, and on those I'll fight you tooth and nail. And, as long I control my mouth, I'll say whatever I please.

Next week (barring irresistible news developments): Why I am Not on the Right.