The Logic of Ignoring Facts

In an information-rich era, it’s easy to believe what you want. 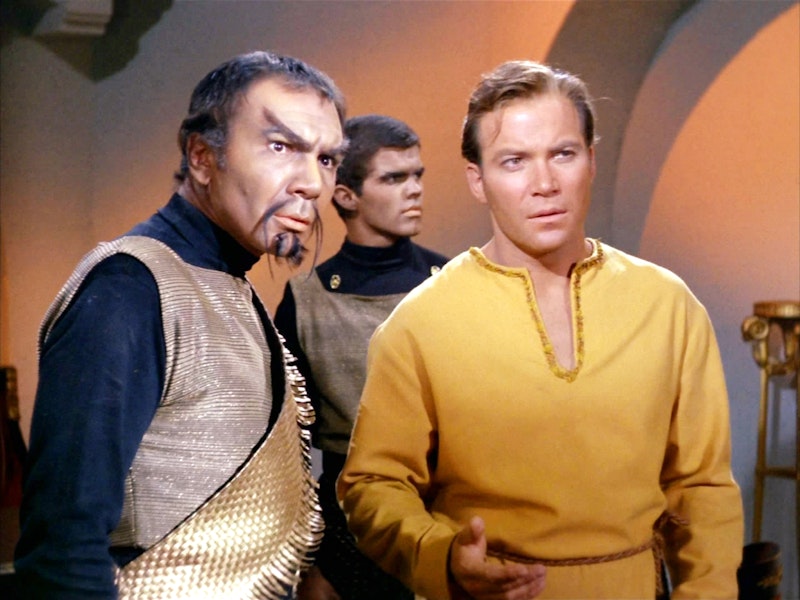 The Possibility of Life: Science, Imagination and Our Quest for Kinship in the Cosmos, an upcoming book by science writer Jaime Green, opens with an intriguing scene from Star Trek: the Next Generation. In an episode titled “The Chase,” teams of humans, Klingons, Romulans and Cardassians are in a standoff on a planet where they’ve come separately to investigate apparent message fragments embedded in each species’ DNA. As the fragments click into place, a hologram of a bald woman appears and says she was of an ancient species that intervened in evolution on various planets to produce beings carrying some aspects of themselves.

This explains physical resemblances among species across multiple worlds (previously a mystery in the Star Trek universe); moreover, it gives reason for interplanetary rapprochement, about which the hologram expresses hope. The observers are unenthused, though, with a Klingon expressing anger at the long-dead message-sender, and a Cardassian finding the thought of a common heritage sickening. I’d no memory of the scene as I looked it up on YouTube, though my son says he and I have watched and discussed the episode. We live in an era of information overload, in which tracking fragments of alien-engineered DNA was one task too many.

But notably, the species largely stick to their preconceived notions about who they are; they choose identity over facts. It’s what makes the scene resonate, even more so now than in 1993 when the episode first aired. Information overload, which provides an opportunity to select data points that confirm one’s biases, has been increasingly prominent in the 21st century.

I read a lot—books, articles, social-media posts, press releases, scientific papers, reports by governments and other organizations, yet-to-be-published manuscripts and galleys. Lately, I’ve started paying for a number of Substack newsletters, something I’d long resisted, with Damon Linker, Lucian Truscott and Nicholas Grossman among my favorite writers in that medium. I work as a copyeditor and fact-checker, as well as a writer on the lookout for topics, so sifting through a wide range of material is driven by profession as well as curiosity. As a fact-checker on opinion pieces, I recognize certain limits to my role: my job’s to make sure that statements given as fact are correct and relevant—not that the overall argument is well-defended against any counterargument, or that it’s anything I find convincing.

Reading material with which one disagrees is beneficial but not particularly enjoyable; paid to read it helps. In the 1990s, as a freelance writer in Manhattan, I spent a lot of time at the public libraries on the Upper West Side, which did an admirable job of offering magazines and newspapers with a broad range of ideological perspectives. As a conservative who hadn’t yet moved to the center, I was drawn to Commentary and National Review, but the Nation, the Progressive and Mother Jones were close at hand, so I ended up reading them too.

In the mid-1990s, I went for a job interview at Commentary and was impressed that the office included racks with numerous periodicals including a few of the major science journals. As I’d been writing on space and science, my interlocutor mentioned that they subscribed to those journals but then said that people in the office had fallen out of the habit of reading them. In retrospect, I saw an early fissure in an emerging gap between conservatism and science.

It’s gotten easier to avoid prolonged exposure to contrary views or unwelcome facts. The ideal long espoused, if not lived up to, of getting many sides of an issue, now seems quaint. Politics is more tumultuous in part because people can believe what they want and find some information to support it. If the info is false, partial or out-of-context, that’s easy to overlook, as repetition creates an illusion it’s confirmed or probable. Moreover, much like with the Klingons and Cardassians, the desire to reaffirm who one is, especially amid polarized politics and culture, gives a powerful incentive not to reconsider positions or concede mistakes.

The Vulcans (who weren’t present in “The Chase”) have long represented a Star Trek ideal of rationality. However, from the half-human Spock onward, there was always a sense that Vulcans had paid a price for their intellectual acumen; that their emphasis on logic over emotion was something we humans shouldn’t fully embrace. (A similar superiority mixed with loss marks Tolkien’s Elves, of whom some have regarded Vulcans as a space version.) However, in the 2020s, it’s clear that humans are in no danger of erring on the side of logic.