Why Do I Write?

A response to Noah Berlatsky. 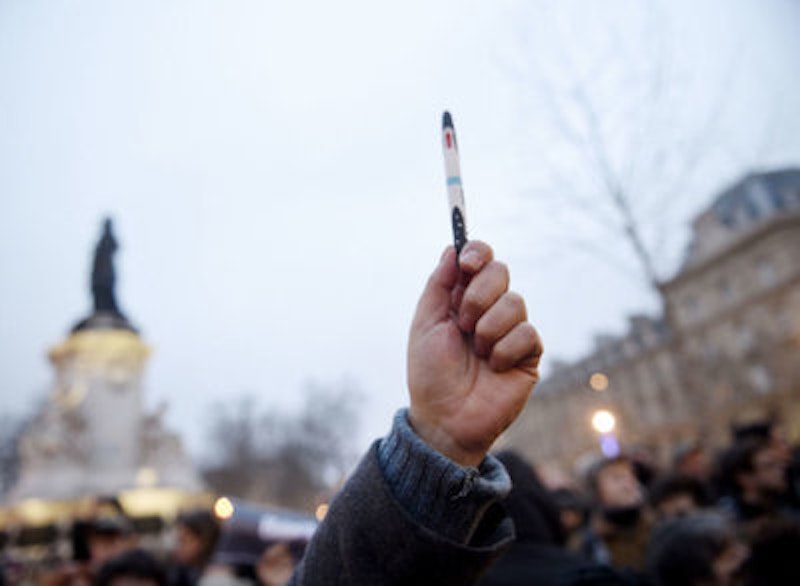 In the article to which Noah Berlatsky responds, I described some of my strategies for trying to survive in this era of speech repression and magical thinking, in which words are regarded as supernatural weapons. One of these was to take Kanye West as a model, and be so far off for so long that nobody can tell what I'm doing. However, since then, Kanye has fallen afoul of the authorities. "When you hear about slavery for 400 years... For 400 years? That sounds like a choice."

It's still hard to tell what he's doing, and I’d have thought that being enslaved rather constrains your choice situation. It was definitely a choice on the part of the slavers, however. The political commentator Symone Sanders tweeted that "Kanye is a dangerous caricature of a 'free thinking' black person in America."

But even in a case like Kanye West, who has 28 million Twitter followers and a vast audience, I don't think saying something even that weird and wrong is dangerous. And if you assert that it’s dangerous, I want you to show me the actual bad things that happen, not say, "Well what if some child heard that and took it seriously, and then…" Yes, then? Went into the slave trade or something? I predict that Kanye's sentence will have no concrete effect on anyone except a bit of outrage. You know this, I believe. Or, if not, give me some evidence that it does.

Berlatsky asserts that I must think that writing has an effect, or I wouldn't keep writing. Of course, most writing has no particular effect, except maybe you get a “B+.” Or your report gets filed somewhere. But then some writing does appear to have some effect, as when everybody has to read Mein Kamp for Quotations from Chairman Mao Tse Tung. Then you get millions and billions of slavish followers, I suppose. Or it's hard to tell, really. Perhaps people are irritated underneath by all the horseshit to which they are subjected.

I’m not sure that in almost 40 years of writing I’ve ever persuaded anyone of anything. For example, say you loved Bruce Springsteen and then read my "Why They Suck" column on Springsteen. Did you like him less afterward? In 2006 I published a book called Against the State, refuting all the arguments for the legitimacy of government. Among the people who read it were my mother and my spouse. They both said they agreed with it, characterizing the arguments as unanswerable (a reaction that might reflect the fact that they aren't philosophy professors, because a professional who knew all the lit would know what the next few moves might be). They kept right on voting as welfare-state liberals, all right?

People often write that they agree with me. But I think they already did agree with me; the most I did was give them some new rhetoric or an argument for their position that they'd never heard. For many years, most of my writing just got bound as a dissertation and shelved forever, or buried unread in academic journals. The effect, if any, was to keep my academic career, such as it is, afloat. Man, there were some killer arguments in there, though. Just not for positions that anyone has taken up.

As to why I write: well, that's complicated. It's the family business, and I was inducted young into the craft. Maybe I'm still trying to impress my father, dead these many years. I enjoy writing, and for example I also play bluegrass mandolin, though roughly no one ever hears me. It’s intrinsically absorbing. I might be futilely trying to persuade you of something, but more likely I'm trying amuse you and myself, irritate you, or even anger you. I might be trying to express myself, like a Jackson Pollock of words, or even to make my own ideas clearer to myself. I still like to see my name in print, so I'm trying to please my own ego.

It's not that you can't pick out moments in which someone's words had a dramatic effect, though I think in any such event you'll find that many factors are in play. But it doesn’t follow that everyone's words always have dramatic effects. In the real world, in the actual cases before us, what actual effects can we reasonably expect? How many hangings have been caused by Kevin Williamson's ambiguous words about punishing women who have had abortions?

Berlatsky brings up Milo Yiannopoulos, who’s been known to pick out particular people and try to direct a shitstorm at them. I might give Milo a column, actually, but I wouldn’t, in my own publication, permit him to do that. Neither would I permit a columnist to pick out a high school student in Utah and make her a scapegoat in virtue of the style of her prom dress. So I suppose that there are some limits that I’d recognize, in particular ridiculing or drawing harassment toward powerless people. You could make that a matter of law, but if you put the government in charge of communications, you really are preparing a Rwanda.

And I’ll try to be honest: It’s a relief to me to think that my words have little effect. It’s liberating. I can say what I think. And what real dangers accrue to us, or to anyone, because Kanye West, much less me, talks a bunch of bullshit? Or, perhaps "slavery is choice" is a useful provocation. Or, who knows what Kanye really believes about slavery and, who cares? It's not going to help to wave generally at the supposed power of words, when the fundamental powerlessness of our words, and even of Kanye's, is shown to us every day.