Anatomy of a Rebirth

But the time had arrived like Mighty Joe Young. 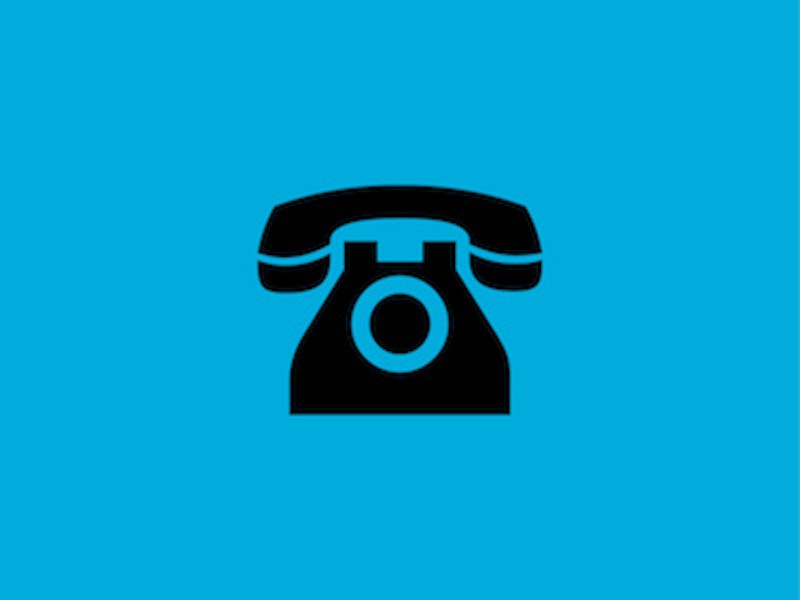 Randy couldn't place an exact time on it, but after a certain point he needed to opt out. There were things about her he couldn't abide any longer. Her legs. They were too short. Not really-really short. In fact, he hadn't noticed until Wendy pointed out being self-conscious about them. "Hey! What are ya talking about? Yay-yeah, you've got great legs! C'mere! Gimme a kiss!" Still, afterwards, he couldn't shake it. They were short, maybe too short. With time, she began to remind him of one of those dogs that are bred to have freakishly stubby legs. Watching her walk, something inside him began to recoil.

Randy called Johnny who had a painting studio, Lower East Side, on Essex, a three-floor walk-up cold-water flat. "Hey, pal! Looks like the ol' relationship is onna zee rocks! Yay-yeah! Wonderin' if'n I could crash at your studio until I get on my feet, yay-yeah..."

Granted, Wendy was cute as all get out. Granted. And granted, at one time he'd been pretty crazy about her. But Old Man Time, that mean sum bitch, demands his price, his books allow no mercy.

Fortunately, they'd never married, despite her mother's pushing. He had his own bank account, not fat by any stretch, but enough to get from A to B. From there he'd locate C.

There wasn't much to Johnny's studio: mattress on the floor, telephone, easel, stack of paintings facing the wall, crude bathroom, stove (needed for hot water), dusty Panasonic portable stereo, handful of LPs of the sort that were standard for a painter's studio, non-conformists so predictable. Lady Luck, not being 100 percent cruel, allowed one good jazz album, a Roland Kirk on Atlantic. That'd have to be the official soundtrack, and it was for those two or three weeks.

Randy flipped through the paintings. Not surprisingly, they were uniform: same largish size, same solid glossy acrylic brown, identical to the 15 canvases in Johnny's sold-out solo Soho show a month prior. Why mess with a winning formula? Last autumn Randy had quizzed Johnny about the paintings, not understanding their appeal to collectors. Johnny had a lengthy explanation about production and contamination, referred to an ancient and lost pagan tribe in the South Pacific, then shifting into high gear, extrapolated and expounded theories, oblique angles that smacked of quantum physics, using thesaurus verbiage. Randy just stood there, eyes glazing, neck beginning to ache.

He nodded politely, regretted asking. After the lecture ordeal, Randy still had no idea. Couldn't someone just buy a big canvas and paint it brown for a teeny-weeny sliver of the cost? But Johnny was becoming a name. He'd started as a sculptor, creating a sensation in a group show with a piece that was just a lump of lead the size and shape of an oatmeal cookie. From there, a solo show: another little flat lead lump, now sitting on a corner of an otherwise empty gallery. Then he declared himself a painter, soon to quit his teaching job, the only things holding him there being the health plan and co-eds.

Randy had packed clothes in a Samsonite suitcase, added his Rapidograph pen set and drawing templates, a bottle of ink, sheets of Zip-a-tone. With that and his illustration portfolio, he shut the Gramercy Park apartment door behind him. Smiling to Howard the doorman, Randy walked out of the brick building, inhaled deeply and sighed, headed downtown, met Johnny, got the key, skipped up the steps to the temporary aerie, dialed Wendy at her travel agency office in the Graybar building. "Yay-yeah! Hey! How ya doin'? Hey, y'know, I've been thinking. Hey, y'know what? I think we're through. Yay-yeah, I know, sudden, right? What can I say? Hey, hey, hey, simmer down! Simmer! Look, if you're gonna be that way, I'll call ya tomorrow."

They'd lucked into Gramercy Park, even had a key to the park. The location was terrific, the apartment roomy and swank, expansive picture windows, so much light. He'd miss it, but the bell tolled for a new chapter. As for the rest of his stuff, if Wendy didn't put it on the curb or toss it down the incinerator, he'd fetch it later. If she did ditch it, so be it. It's just stuff. Replaceable.

He sat on the mattress and turned on the stereo's radio, tuned in WNEW-AM, then in its death throes. He'd discovered WNEW-AM several years earlier, a godsend of sorts, a rebuttal to the rock and disco and sports radio that dominated, a pleasant throwback to crooners and big bands and, after midnight, Dixieland with Al Jazzbo. But now, after William B. Williams died? Middle-aged "Tubby Teddy" Brown, reeking of the desperation to remain current, re-tooled his morning program, had the obligatory wisecracking female sidekick, worked an FCC-approved shade of blue. And the new afternoon DJ brazenly taunted the listener base, the aging Italian mamas of Queens and Staten Island, refusing play Old Blue Eyes or Jerry Vale.

The next morning Randy trotted over to a bodega, paid for a cup of black coffee and a greasy toasted kaiser. The fat Puerto Rican lady was pleasant, but the wiry little guy at the grill, her husband Randy assumed, had mucho big chip on shoulder. He no like gringo. Or maybe he didn't like anyone? Or was he furious that his wife packed on the poundage?

Randy wandered to Seward Park, settled on a bench, lifted the lid from the Styrofoam cup, unwrapped the roll, and enjoyed breakfast on a May morning, springtime slowly exploding, the sun bright, bone-white and glaring, cleansing. Needles on the sidewalk twinkled diamond-like. Leaning back, thinking of the grouchy grill-meister, Randy thought he could pinpoint when he needed out. It was last month, he'd been fired from his paste-up job around noon, came home, made a pot of coffee, put on a Dolphy LP, lit a joint. When Wendy came home from the salt mines a little after seven, Randy was still drinking coffee, smoking weed, feet up, listening to Dolphy. He told her the news. "And how did you feel about being fired?"

"In a word? Wheeee!" She scowled. That was it, that was the point: the scowl.

Then again, he'd gotten the scowl a few weeks earlier, when Wendy asked him why he'd originally been interested in her. "I dunno, yay-yeah. Guess I figured you were about as good as I could do." Boom! The scowl.

And those legs. Yay-yeah, difficult to say exactly when. But the time had arrived like Mighty Joe Young.

I sprang from the loins of those who sprang from the loins of mountain men, Kentucky to Missouri, living by their grit and wits and valor. When a squaw proved a burden 'twas time to hop on a hoss and hit th' trail, pardner! Embrace and savor that open vista, halcyon sun by day; at night, stars so close it seemed you could reach out and grab one like a juicy gold apple.

Back to the flat, he dialed the phone, began the first stage of finding a new crib. And he called a few art directors, making appointments to visit with his portfolio. To hell with a day job! Freelance or die! Hail ancestors! Hail freedom!

A nice place in Manhattan was now too expensive unless one had a roommate. At 37, Randy was past that. Next stop: Park Slope, Brooklyn. A friend recently settled there. She'd said, "Try the Slope, you won't believe this place! There's even a van that drives around, the guy sharpening knives and scissors! And Prospect Park! Brooklyn Museum! Botanical Garden!"

For a few hundred bucks, a decent, if tiny, apartment in a brownstone on a street that, by day, was safe enough.

He painted the walls and ceiling and radiators white, and furnished it with a futon, a small stereo, a bookcase, a fake Oriental rug, a small table, a chair, and a drafting table. Then he used almost all of what was left of his account to nab some used books, and some albums from a record store on 7th Ave., the bespectacled black kid working there, Keith, jazz savvy and opinionated, a good omen. Even in New York jazzniks weren't coin of the realm. As a friend had once said, "No one likes jazz. White people don't like jazz. Black people don't like jazz. No one likes jazz."

A subway ride back to Manhattan, to a boutique on Broadway, south of the Strand, for a Noguchi paper lamp, just the thing to give the new pad a distinct midcentury accent. Paying at the register, Randy mentioned to the cashier that he'd long been a fan of Noguchi, but this was his first purchase of a Noguchi. To the side, a messenger, delivery in hand, perked up and said in a Crazy Guggenheim voice, "Gucci?" The cashier shot an impatient, "Noguchi!" To which the fellow replied, eyebrows raised, big goofy smile, head tilted and nodding, "New Gucci?"

Cherry on top, Randy hung some cheap framed prints: Klee, Stuart Davis, Arp. To celebrate, a bottle of Chilean red wine and a plain pizza from shops on the avenue.

Eventide glooming, Randy stood straight, glass of wine in hand, by a tall window of his high-ceilinged apartment, took in the view, a square defined by the backs of the other brownstones, their lights turning on, one by one, mimicking the stars above. Below, a jungle dense with sumac; on the rooftops TV aerials scratching the sky's belly. Manhattan was hazy in the distance, those twin towers in another land. The descending sun was inordinately large, a molten golden-orange. It reminded him of the time when he and Wendy splurged on a week in August on Nantucket. One evening while dining al fresco, a similar sun had set, melting into the ocean. When the Atlantic doused its final ray, the diners broke into a spontaneous ovation, turned to one another, chuckling. It was one of those funny flashes of camaraderie amongst strangers. He experienced something similar when a blizzard clobbered New York, forcing his subway to grind to a halt, hundreds getting off before their stop, trudging home in the deep snow, fighting white wind. Suddenly, people were chipper and cheery and chatty.

There'd been good times, some great times, with Wendy, times to reflect on forever. But she'd find a new guy, maybe an older guy with some serious do re mi. A life of leisure would suit her, Rockland County was where she belonged, shopping. And I'll find a new doll. The world is crawling with new dolls.

The next morning, only a little hungover, Randy went for a walk. It was all fresh. It wasn't Manhattan: the buildings were low, the cyan sky high and wide, the air was clean. And trees, so many trees! All budding! And blossoms! He strode up a hill, heard a Beatles song from an open window, noticed a peace sign painted on a wall. There was nothing to explore, nothing to see, but the future, shiny like a struck dime, as luscious as a new doll.