The Daily Beast Can't Be Topped For Hyperbole 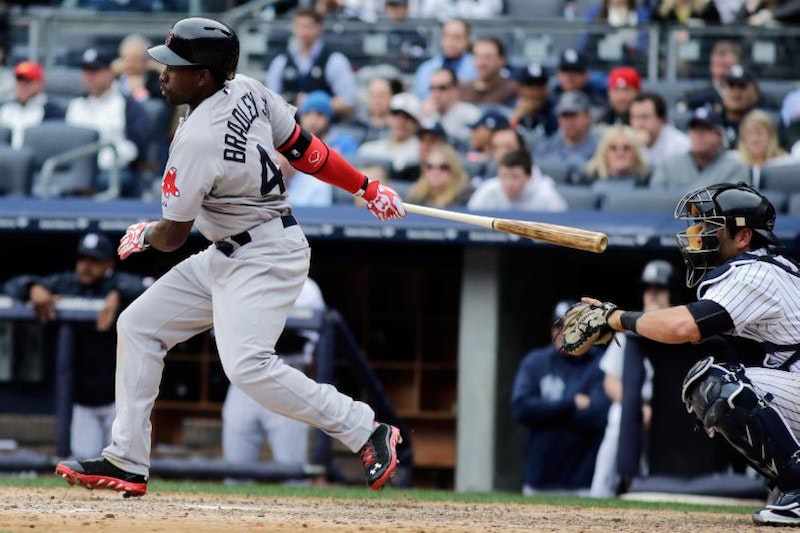 Like any other baseball fan—diehard or casual—I anticipated Opening Day this year with great pleasure. That my team, the Red Sox, actually won their first game—8-2 over a pleasingly depleted Yankees’ roster—put a jump in my step. Nevertheless, among the thousands of articles written about MLB’s 2013, leave it to The Daily Beast to bring up the rear: ESPN’s Buster Olney annoys me as much as anyone, but DB’s April 1st post, “Why This Is Baseball’s Golden Age” was just laughable in its attempt to explain why the beginning of the six-month season is just the salve that Americans now crave.

Read this opening paragraph by Michael Brendan Dougherty and cringe: “In 2013 Major League Baseball’s opening day could not be more propitious. After a national-election year overstuffed with anxious national debates and alternating rhetorical wars on women and the Catholic Church in which umbrage taking became our defining national trait, it seems like the right time to take a break from the national obsessions and enjoy the national pastime. And lucky for us, we are living in what is unquestionably the golden age of baseball.”

That the word “national” appears five times in that paragraph is nit-picking, I guess, and is probably just evidence that the Daily Beast doesn’t employ a copy editor. Far sillier is the notion that it’s this year that the country’s problems are so severe that we all need the break that only baseball can provide. As I said, I’m a fan, but really, it’s just a sport, a respite from the ups and downs of life. Were the election debates really that “anxious”? Aside from the fact that there were too many of them—most on the GOP side—it was pretty standard fare, at least for those who pay attention. And let’s be honest: “umbrage taking” wasn’t peculiar to 2012; it’s been the norm since at least 2000 when the Bush/Gore contested election aroused overheated passion on both sides of the political spectrum.

Following Dougherty’s line of thought, wasn’t 2009, when the country was in the depths of its financial collapse, a more “propitious” time for baseball to provide an escape? Or, going back some years, what about 1968, with the United States in the midst of actual riots, assassinations and a divisive war that makes Iraq/Afghanistan look like the Falklands War? One could make the case for almost any year, in fact, when “play ball!” was a welcome relief from the real world.

Dougherty has some truth on his side: he’s right that ballparks are a lot less claustrophobic and safer (and a lot more expensive; for example, Baltimore’s cost of living isn’t prohibitive, but when attending a game at the Orioles’ still-splendid Camden Yards, buy some grub for the family and you feel like you’re in a NYC tourist trap) and for now, at least, there is more parity among MLB’s 30 teams. And he’s correct that it’s easier to watch more ballgames, whether via online or the Extra Innings package offered, at a very reasonable price, by cable companies, which is terrific: as a kid, living in the New York metro area I was luckier than most, meaning that I could flip on a Yanks or Mets game in addition to NBC’s Game of the Week.

I’d argue that saying 2013 represents baseball’s “Golden Age,” is highly subjective. I’m of the opinion that every year is a “Golden Age,” whether, from my own experience, it was 1975 with the legendary Sox/Reds World Series, or the early 60s when Sandy Koufax, Don Drysdale and Bob Gibson, for starters, demonstrated pitching dominance. Or when Rickey Henderson, the most exciting player of my lifetime, was in his prime. Not to mention the late 70s, a period when the late George Steinbrenner played (nasty) pepper with the likes of Billy Martin and Reggie Jackson, and made daily reading of The Daily News and New York Post so much fun.

I think it’s Dougherty’s own re-alliance with baseball that led him to write such an overwrought article. He closes: “[F]or the past few years, and against my own expectations for my life, sports have become more important to me: a refuge from strife, as a preserve of human excellence in a culture that revels in mediocrity, as a place to reconnect with my friends who would otherwise drift away as their lives diverge from my own.” I’d quibble with the “excellence” part, for, after all, millionaire athletes, as they occupy the tier of the dreaded “1%,” mostly live in gated bubbles, and the scumbags among them exhibit atrocious personal behavior off the field. And, as in any celebrity culture, there’s plenty of “mediocrity” in sports.

Finally, I should note that Dougherty in the past week has launched “Slurve,” a daily baseball online newsletter (subscription-only, and I happily ponied up), which is quite good, sort of like Real Clear Politics for baseball. That the Daily Beast, in the author’s bio, anointed the embryonic “Slurve” as “acclaimed” seems premature, but I guess that’s Tina Brown and her remaining minions spilling whatever’s left in her pouch of “buzz” to glitz up a story.