Sorting Through the Chicago Cubs' Rubble

The 2012 season did not go well for the Cubs, at least not on the field. 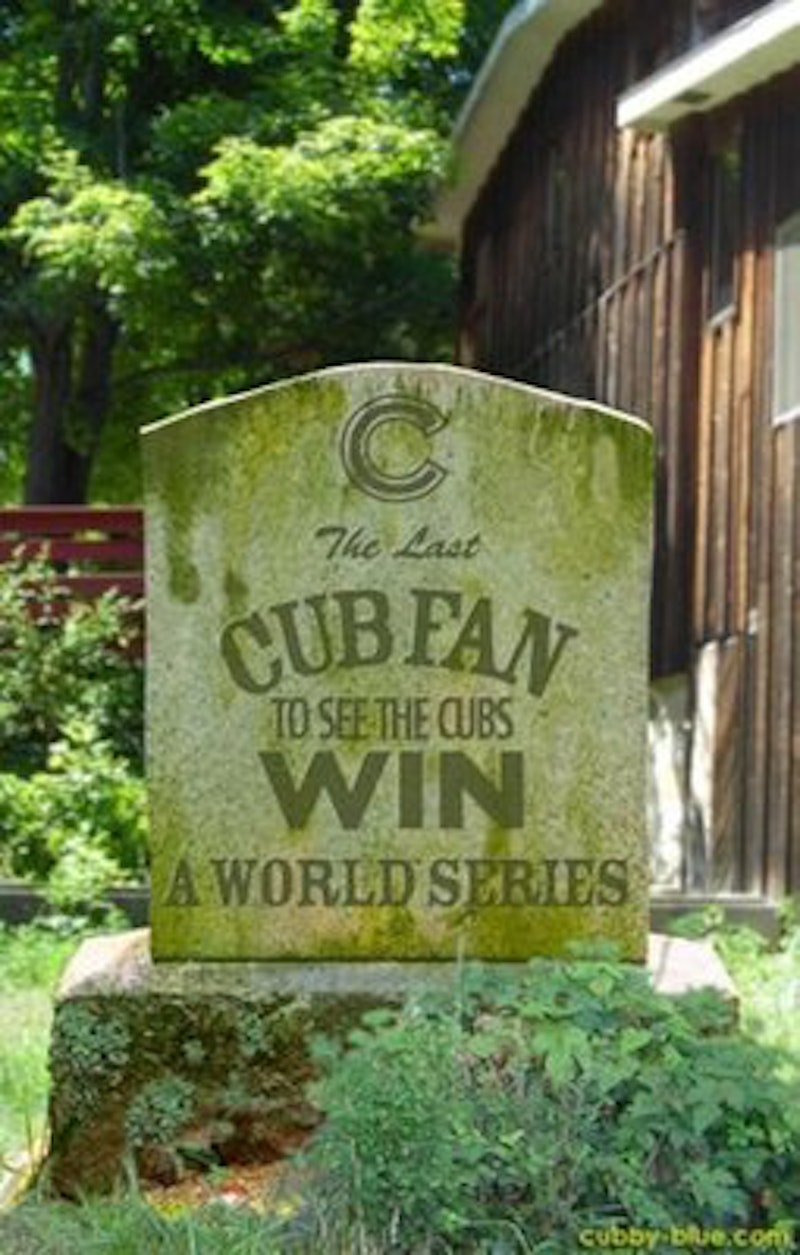 Theo Epstein left the Red Sox to set up shop on the Northside of Chicago just over a year ago. As Boston’s GM Epstein was celebrated as the man that lifted Boston baseball from eight decades of disappointment to the pinnacle of American sport. In Chicago, Epstein is taking the long view, rebuilding the franchise from the ground up while trying to hold off a frustrated fan base.

The 2012 season did not go well for the Cubs, at least not on the field. Chicago finished 61-101 and was outscored by 146 runs in Dale Sveum's first year as field manager. Sveum received a vote of confidence from Epstein following the season: the 2012 season was all about evaluation and acquisition.

Epstein shed the contracts of the under-performing Carlos Zambrano and Geovany Soto, and solid veteran hurlers Ryan Dempster, Paul Maholm, and Sean Marshall were all traded for prospects. Matt Garza, if he proves himself to be healthy in the spring, and the rejuvenated Alfonso Soriano could be the next vets to go. The Cubs are no longer interested in what players did yesterday but what they may do tomorrow.

The biggest problem facing the Cubs upon Epstein's arrival was the complete lack of high-ceiling pitching prospects in the minor league system. Epstein and GM Jed Hoyer have spent a great deal of effort to re-stock Chicago's pitching depth. Travis Wood was acquired from the Reds for Sean Marshall last winter. Paul Maholm pitched well enough in his half season with the Cubs to be flipped to the Braves at the trade deadline, and Chicago received top prospect Arodys Vizcaino from Atlanta. Vizcaino, who missed the 2012 season following Tommy John surgery, was a risk worth taking for Chicago and he instantly became the Cubs' best pitching prospect upon joining the organization. The Cubs also used eight of their top 10 picks in the June draft to select pitchers. Right-handers Pierce Johnson and Paul Blackburn delivered encouraging early results. Epstein also forked over $7 million to Cuban southpaw Gerardo Concepcion in an effort to add another talented arm to the system.

Chicago's pitching problems won't be fixed any time soon. Converted reliever Jeff Samardzija was Chicago's best starter in 2012 and is under team control for several more seasons. Garza was injured before Epstein could flip him to a contender for prospects. Chicago signed veteran Scott Baker to a one-year contract last week. Baker is recovering from Tommy John surgery and hasn't pitched since September, 2011. If he posts a solid half season look for him to be the 2013 version of Maholm with Epstein trading him to a contender for more prospects.

While the Cubs are trying to collect enough high-ceiling arms to cobble together a reliable pitching staff the team already boasts an exciting stable of young sluggers. One of Epstein's first major moves with Chicago was the acquisition of first baseman Anthony Rizzo. Rizzo, a one-time Red Sox prospect, was dealt from Boston to San Diego in the deal that brought Adrian Gonzalez to the Sox. Epstein was the Boston GM and Hoyer his San Diego counterpart for the Gonzalez trade. The duo apparently saw eye-to-eye on Rizzo's potential and agreed to part with hard-throwing right-hander Andrew Cashner in order to bring the slugging first baseman to Chicago. Rizzo tore through the Pacific Coast League before he was summoned to Chicago in June. Rizzo went on to hit .285 with 15 home runs and 48 RBI in 87 games with the Cubs; he and shortstop Starlin Castro figure to be the foundation of the Cubs' lineup for years to come.

If Rizzo and Castro weren't enough to wet the appetites of the Wrigley faithful the Cubs' minor league system has four of the top power hitting prospects in baseball. The Cubs spent more than $20 million to sign Cuban outfielder Jorge Soler, 20, as an International free agent. Soler hit five home runs, drove in 25, and posted a slash line of .299/.369/.463 in 34 minor league games in his first pro season. Chicago also added outfielder Albert Almora to the system in 2012. Almora was selected with the sixth overall selection in June and made a quick first impression. The 18-year-old center fielder hit .321 in 33 games for the Arizona League Cubs and Boise Hawks.

Chicago also benefitted from breakout seasons from a few players drafted under former GM Jim Hendry. Javier Baez, the Cubs' first round pick in 2011, emerged as one of baseball's best offensive prospects in his first full professional season. Baez tore through the Midwest League posting a .979 OPS with 12 home runs and 33 RBI in 57 games with the Peoria Chiefs. The young shortstop struggled during a late season promotion to Daytona but there's little cause for concern; Baez will hit and could be good enough defensively to play short in the big leagues. The Cubs also enjoyed an encouraging season from 2008 first round pick Josh Vitters. After posting several mediocre seasons, Vitters finally honed his power stroke in 2012, slamming a career high 32 doubles and 17 dingers in just 110 games for Triple-A Iowa. Vitters struggled during a late season promotion to Chicago but at just 23 he may have a bright future. Chicago's most intriguing prospect may be slugging first baseman Dan Vogelbach. He began the season tormenting rookie league pitching before earning a promotion to short season Boise. Vogelbach, 19, finished the season with a 1.051 OPS and 17 home runs in just 245 at bats.

The Cubs certainly have the finances to make a run at top free agents like Zack Greinke and Josh Hamilton but don't expect either of those stars to end up in Wrigleyville. Epstein won't chase quick fixes. The Cubs have amassed an impressive collection of young power hitters but until they boast an equally as impressive stable of young hurlers a free agent spending spree would likely be counter productive. The Cubs have done a good job of managing expectations and to this point the fan base has largely gone along with the rebuilding project. Epstein will probably continue to chase risky free agents with guaranteed short-term deals like the one he handed out to Scott Baker. Names like Ryan Madson, Brandon McCarthy, Dan Haren, and Jeremy Bonderman could all make sense for the Cubs.

Chicago holds the second overall pick in next June's draft. Stanford ace Mark Appel, who spurned the Pirates after being selected in 2012, could be the man Epstein and company are eyeing. Chicago can meet Appel's price, which could scare away the cost-conscious Astros, who hold the top pick in the draft. If Epstein can trade Garza during the spring for young pitching, land a talent like Appel in the draft, and flip a few short term assets for additional pitching depth the Cubs might have a chance in 2014.