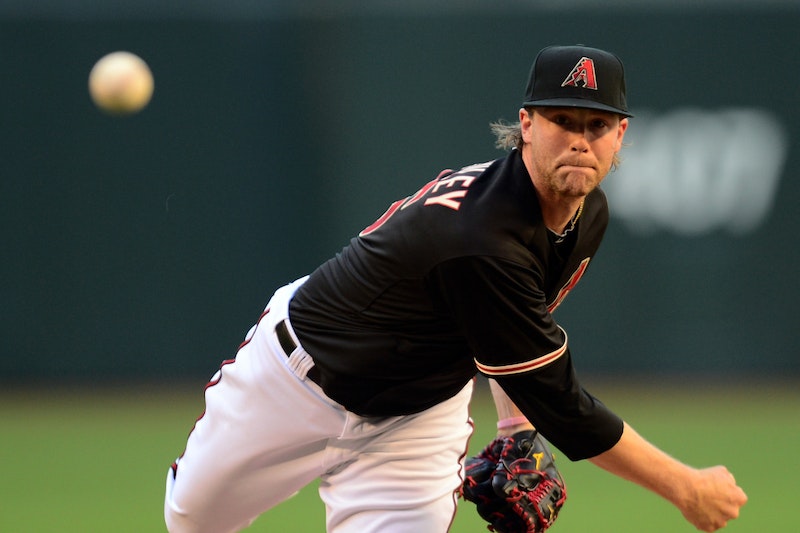 April always offers up the weird for baseball fans. The Washington Nationals have been dogged by bad luck in the early going. Anthony Rendon and Denard Span, the top two hitters in the Nats’ lineup, are sidelined with injuries and the team just lost reliable reliever Craig Stammen to a possible season-ending injury. Washington’s injury woes cut so deep that the practically unknown Clint Robinson is currently the team’s top hitter with a .316 batting average. Robinson’s had a few brief stints in the big leagues but the 2015 season marked the first time the 30-year-old rookie made an Opening Day roster. Robinson was a long-time Royals’ farmhand who wore out Pacific Coast League pitching. Now the Nats’ turmoil has yielded Robinson his opportunity.

The Royals have a rookie of their own who’s pushing 30. Paulo Orlando (29) made the Kansas City Opening Day roster after nine seasons in the minor leagues. Orlando hit as many triples (63) as home runs during his bush league days. Orlando hit an astonishing three triples in the first eight at bats of his big league career. In fact, his first three hits were triples. A hand injury to Alex Rios has opened up the Kansas City right field job for the Paulo Orlando/Jarrod Dyson platoon.

The Padres were the talk of baseball for their winter roster turnover and newfound status as a contender. San Diego boasts an impressive starting rotation that includes the recently signed James Shields, Ian Kennedy, Tyson Ross and Andrew Cashner. The Padres most recent trade involved acquiring star closer Craig Kimbrel from the Braves. The move for Kimbrel pushed Joaquin Benoit to a setup role. Benoit racked up three wins in San Diego’s first 10 games, which not only led the staff but the entire National League in that category. Benoit’s career high for wins in a season is eight, a total he amassed as a starter for the Rangers in 2003, and he could surpass that number as San Diego’s bullpen vulture.

The 2015 season has not been kind to the defending champs. Life without Pablo Sandoval and a trio of injured vets (Hunter Pence, Matt Cain, and Jake Peavy) has left the San Francisco lineup and rotation in disarray. Bruce Bochy’s squad has lost eight straight games and currently resides in last place in the NL West. One of the few bright spots for the Giants has been the pitching of 27-year-old Chris Heston. The rookie right-hander has allowed just one earned run in 13 innings over his first two starts. Just two seasons ago Heston posted a 5.80 ERA in 19 starts for the Fresno Grizzlies; now he’s helping to hold together San Francisco’s starting rotation.

Diamondbacks rookie starter Archie Bradley went head-to-head with Clayton Kershaw and Madison Bumgarner in the first two starts of his Major League career. Bradley out-pitched both of his more accomplished mound counterparts and Arizona won both games he started.

The Tampa Bay Rays are going through a major transition this season. David Price is in Detroit, Joe Maddon in Chicago, and Wil Myers is a Padre. The roster turnover in Tampa created a spot on the Opening Day roster for 2008 #1 overall draft pick Tim Beckham. The infielder has been a disappointment to this point in his professional career as he failed to live up to the expectations of his draft position. In parts of four seasons at Triple-A Beckham compiled a .708 OPS and just 25 steals and 65 extra base hits in 233 games. Beckham made the Rays’ roster out of Spring Training as a utility infielder and has made the most of his chance. Beckham’s excelled as a pinch hitter, going 3-for-5 with a triple, two home runs, and four RBI in an extremely small sample size. Overall Beckham is batting .304 with a .972 OPS giving Tampa fans hope that the 25-year-old still has a promising career with the Rays.