Chicago’s Year of the Phenom 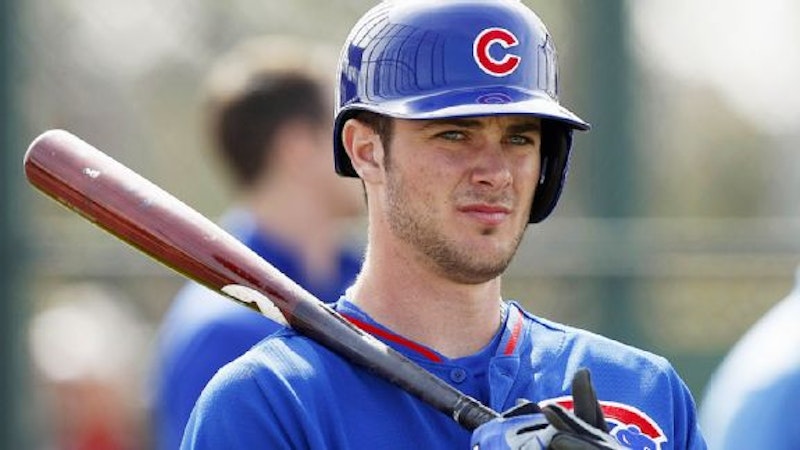 The Chicago Cubs made headlines last week when they recalled Kris Bryant from Triple-A Iowa. Bryant was the talk of the Cactus League as he led all Arizona batters in home runs during the spring. Bryant, a consensus top five prospect in baseball, was immediately installed as the Cubs’ cleanup hitter and baseball’s chief object of obsession.

Bryant’s hype is legitimate, though Chicago’s media has aided his reputation. The 23-year-old third baseman posted staggering numbers over his brief 181 minor league career (49 doubles, 55 home runs, 152 RBI, 1.092 OPS). Now, less than a week since his big league arrival, Bryant has to share the spotlight with two other Windy City phenoms.

The White Sox promoted top prospect Carlos Rodon on Monday. Rodon, the third overall pick in the 2014 amateur draft, made two starts for Triple-A Charlotte before his promotion. He fanned 13 batters and walked just four in his 10 innings of work. While the Cubs were lambasted for starting Bryant in Triple-A in an effort to gain an extra year of team control, the White Sox essentially did the same thing with Rodon without drawing the ire of the Players’ Union.

Chicago’s Southside squad is expected to emerge as an AL Central contender this season after undergoing a major roster re-shaping over the past two seasons. The Sox are powered by Jose Abreu and the strong pitching of Chris Sale and Jeff Samardzija. Rodon will reportedly work out the bullpen, but that figures to be a temporary situation. Hector Noesi, with a 5.16 career ERA, is currently Chicago’s fifth starter. The White Sox are likely trying to keep Rodon’s innings total down early in the season so that he’ll be able to make a regular turn in the rotation in August and September. Noesi may be looking for work by the second week of May.

Rodon debuted for the White Sox on Monday night but the Cubs would not be upstaged. Addison Russell, another consensus top five prospect, joined Bryant in the Cubs’ lineup on Tuesday. Russell, a 21-year-old shortstop, was the centerpiece of last season’s trade of Samardzija to Oakland. Russell played well enough in Spring Training to make the Cubs’ Opening Day roster but service time considerations and the infield depth chart led to him starting the season in Iowa.

The Cubs started the season with a platoon at second base of Tommy LaStella and Arismendy Alcantara. LaStella suffered an injury in the first week of the season and Alcantara struggled at the plate. Russell, considered a future star at shortstop, will play second base for the Cubs for the foreseeable future. Russell’s rapid ascension to the big leagues (he only has 321 at bats above A-ball) has made Bryce Harper the National League’s second youngest player.

Russell’s promotion is similar to last July’s recall of Javier Baez. Like Russell, Baez was considered the heir apparent to Starlin Castro at shortstop and shifted to second base to begin his Major League career. Baez quickly went from slugging savior to question mark as his plate discipline and low contact rate proved inadequate in half a season with the Cubs. Now Bryant is the slugging savior and Russell is playing second base in Chicago. Baez will look to regain his status as a future franchise cornerstone in Triple-A Iowa.