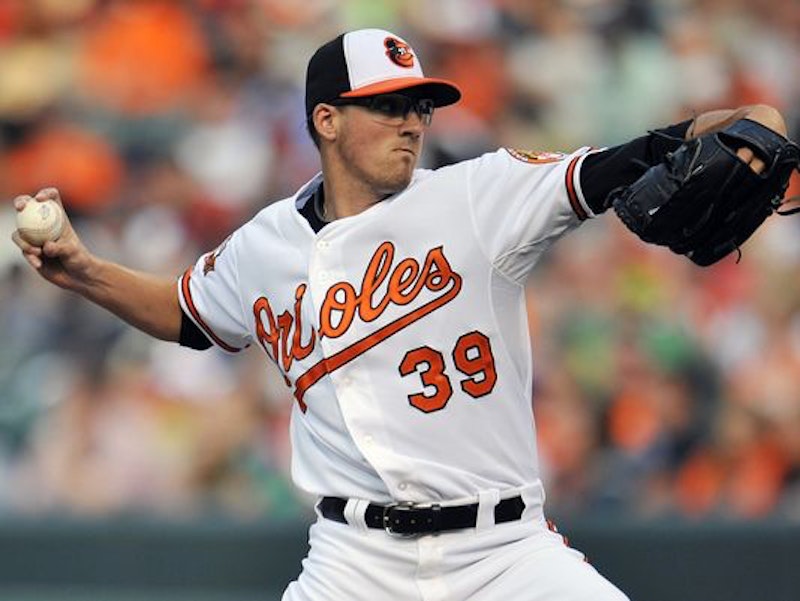 The Baltimore Orioles are in a favorable position when it comes to starting pitching. Manager Buck Showalter has five viable starters now that Ubaldo Jimenez is on the upswing. The Orioles also have a sixth starter in Kevin Gausman, who’s currently serving an apprenticeship in the bullpen. The problem is that Gausman may be Baltimore’s best starter and the Orioles have no defined bullpen role for him.

Gausman finished last season with a flourish. The fourth pick in the 2012 draft posted a 3.57 ERA in 20 starts and dazzled out of the bullpen in the playoffs. Gausman logged eight post-season innings last October, striking out seven, walking two, and allowing just one run. Gausman looked like a lock for the O’s rotation heading into Spring Training. But Jimenez pitched well enough in March to reclaim his spot in the rotation in hopes of making good on his $48 million contract. News leaked in the last week of Spring Training that Gausman could be pushed to the bullpen. I assumed that such talk was just so much smoke from Showalter. A move of the less-heralded Miguel Gonzalez to the bullpen seemed like a more likely scenario.

The season isn’t two weeks old, Gausman is pitching quite poorly out of the bullpen, and Jimenez and Gonzalez each tossed gems in their first few starts of the season. Showalter has used Gausman in the early innings after quick hooks for Wei-Yin Chen and Chris Tillman to uneven results. On Tuesday night Showalter called on Gausman to protect a 4-1 eighth inning lead against the Yankees. The move backfired immediately, as a couple of cheap hits and a dropped fly ball pulled to Yankees to within a run. Showalter had to turn to closer Zach Britton to stomp out the fire and log a four-out save.

One of my preseason predictions was that the Orioles would trade Bud Norris at some point in 2015. Norris will be a free agent following the season and he pitched over his head in 2014. Dealing Norris to a National League contender for an outfield bat could solve two problems for the O’s. Finding a viable trade partner this early in the season could prove to be difficult. Until Norris exits Camden Yards via trade, or free agency, Gausman can only bide his time.

The Orioles either need to find a suitable role for Gausman’s talents or send the promising right-hander to Triple-A to work every fifth day as a starter. At this point the O’s are wasting Gausman’s service time. Gausman, who has minor league options remaining, would do more for the Orioles and his development as rotation insurance at Norfolk than as a long man in Baltimore. The Orioles should swap Gausman for lefty T.J. McFarland who would provide a second southpaw in the pen and a more appropriate long reliever.