As Opening Day approaches, a look at the A.L East. 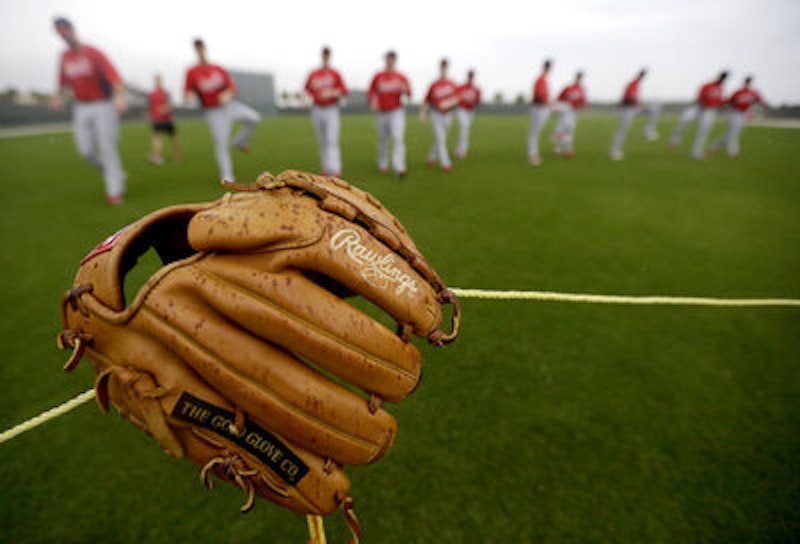 Thumbs Up: The Orioles must feel great about the health of Manny Machado and spring performance of Ubaldo Jimenez. Machado got a late start to his 2014 season as he rehabbed a surgically repaired knee and then missed the last seven weeks after suffering another knee injury. The 22-year-old third baseman has flashed the leather this spring and looks to be in peak physical condition for Opening Day.

Jimenez was so bad in his inaugural season with the O’s that he was relegated to the disabled list and bullpen after July. Jimenez walked a staggering 5.5 batters per nine innings in 2014. The Orioles, with five other viable starters, turned up the heat on Jimenez this spring: he had to earn a rotation spot and he appears to have done so after walking just seven and striking out 18 in 22 Grapefruit League innings.

Thumbs Down: Matt Wieters and J.J. Hardy are likely to begin the season on the DL. The Orioles were hoping to have their offense back at full strength with Wieters, Machado and Chris Davis all returning to the lineup. With Wieters suffering complications from Tommy John surgery and Hardy battling shoulder issues the Orioles offensive and defensive depth will be tested early in the 2015 season.

Thumbs Up: Mookie Betts and Rusney Castillo have given Sox Manager John Farrell a wonderful problem. Farrell has too many outfielders for three positions and with David Ortiz locked in at DH the manager will need creativity to find at-bats for everyone. Betts has picked up where he left off after his impressive rookies season. Castillo battled some nagging injuries this spring to push veteran Shane Victorino for the starting nod in right field. The rise of Betts and Castillo and the health of Victorino could mean some long bus rides in the immediate future for Jackie Bradley Jr. and Daniel Nava.

Thumbs Down: Joe Kelly entered Spring Training as Boston’s presumed fifth starter. He’s done his best to pitch himself out of a job. Kelly always seemed more suited to the bullpen but if his spring struggles are any indication he may find himself there as soon as next week.

Thumbs Up: Nathan Eovaldi has been impressive as he gears up for his first season in New York and the AL East. Eovaldi has struck out 14 batters with zero walks in 13 ⅔ Spring Training innings. Alex Rodriguez has also played well this spring. Baseball’s public enemy #1 has slugged three home runs and drawn seven walks in 37 at bats.

Thumbs Down: C.C. Sabathia showed up to Spring Training out of shape and has pitched poorly in limited work. After missing much of last season with knee issues Sabathia may be a sunk cost for the Yanks. The veteran lefty has been hammered to the tune of nine hits and three home runs in just 4 ⅔ innings. The Yankees owe Sabathia at least another $53 million.

Thumbs Up: The trade of David Price, Matt Moore’s Tommy John surgery, and Alex Cobb’s arm troubles have put a dent in Tampa’s pitching depth. Chris Archer looks poised to do his part to fill the void and keep the Rays afloat in the AL East. Archer notched 10 wins for the 2014 Rays with an ERA of 3.33. The 26-year-old has been lights out this spring and will start the Rays home opener against the Orioles next week.

Thumbs Down: Archer will have added pressure, thanks to the injury concerns of Drew Smyly and Alex Cobb. Smyly was terrific after coming over from the Tigers in last summer’s Price trade. Unfortunately the lefty has been sidelined all spring with shoulder tendinitis and likely won’t be ready for game action until mid-April at the earliest. Cobb’s prospects are murkier. The ace of Tampa’s staff is dealing with tendinitis in his forearm and has just this week started to play catch.

Thumbs Up: When the Blue Jays swapped the disappointing Anthony Gose to Detroit for minor league infielder Devon Travis the trade didn’t cause much of a stir. The Tigers added the speed and defense of Gose into their outfield mix and the Blue Jays got some long-term value out of a player that never really panned out as hoped. A few weeks ago, Travis seemed destined for Triple-A but a hot spring with the bat has earned the 24-year-old a chance as Toronto’s starting second baseman. Travis has posted an excellent .388 on base percentage throughout his three minor league seasons but he’s never played above Double-A. That will change on Opening Day.

Thumbs Down: The injury to promising young starter Marcus Stroman gets the ultimate thumbs down. Stroman will miss the entire 2015 season due to a torn left ACL suffered during a fielding drill. Stroman was coming off an excellent rookie season in which he posted 11 wins and a 3.65 ERA in 20 starts. The Jays were counting on Stroman to be a major factor in their quest to make the playoffs for the first time since 1993. With Stroman sidelined, the Jays will need another young starter like Drew Hutchinson or Daniel Norris to step forward and fill the void.