The Demise of Little League 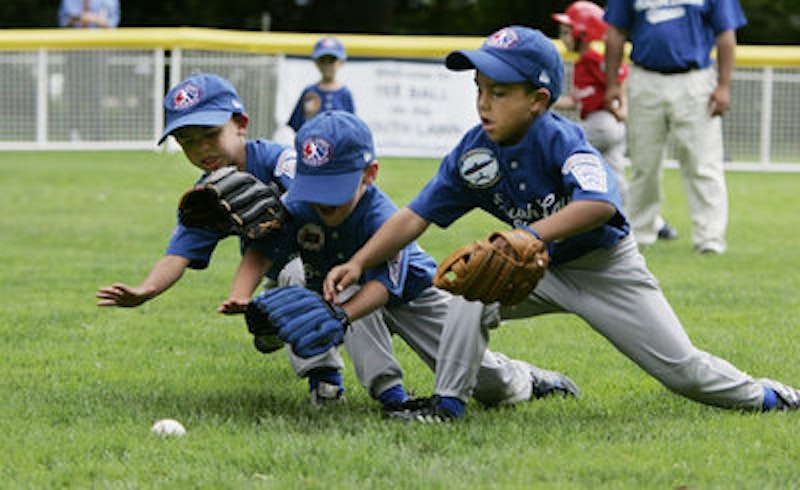 There are a lot of parents who’d argue that by letting my son play rec league baseball at nine, I’m doing him a disservice. Many kids play travel ball when they’re six. How many of them will go on to play baseball, MLB aside, even for the high school team? Who knows, but I bet it’s a fraction of the kids who are sent out in head-to-toe custom Under Armour uniforms, toting two $500 bats in their embroidered backpacks to baseball games two hours away from their homes. While they’re in kindergarten.

Years ago, I managed my high school varsity baseball team and brother’s little league teams. Heck, I was even the mascot of a Baltimore Orioles AAA team, the Frederick Keys. So, I’m a lifelong baseball fan. But forget this travel nonsense. I was shocked when travel ball was even an option for kids who practically just learned to hit off the tee last week.

But now, the question is, am I putting my son at a disadvantage by not letting him play travel baseball? My husband and I discussed it and figured middle school was a fair time to consider travel. By then, we’d know he was serious about playing baseball, and it would give him a better shot at making the high school team. By better shot, we really mean any shot, because a kid who’s never played travel ball doesn’t stand much of a chance to make the high school team today. I know parents who have changed school districts over this issue.

Travel teams can be mafias. They take up too many of the taxpayer-financed fields, and double-enroll kids to play in rec leagues “for practice;” these kids wear custom helmets bearing the travel logo so the rec kids know what they’re allegedly up against. This year the rec league could only field six teams in the nine-10-year-old division because the rest of the kids were lost to two local travel leagues. Practice and playing time is competitive; a whole county field has been dedicated to one travel league, meaning rec kids who live in that area have to travel to play inexpensive community baseball.

Travel ball is more about the money than the kids. Having seen the travel kids who were in rec last year play on teams “as practice,” I can say this: just because kids’ parents have more money does not necessarily mean the kids are better players. Some of them don’t even want to be there. You can tell the difference in the dugout. Kids who love baseball have their hands gripped to the chain-link fence, watching the game, waiting for their at-bat. They know how many outs there are, what the score is, what inning it is.  Kids who are there because their parents signed them up have to be told when it’s their turn at the plate and couldn’t tell you a thing about the game going on in front of them. Yes, they’re outfitted in top-of-the-line sunglasses and shoes and magnet necklaces, but their batting and pitching stats aren’t better than a kid who loves the game and voluntarily practices on his own at home instead of spending hours in a car driving to a weekend-long tournament.

Growing up in my neighborhood near Philly, the kids played stickball in the street because they loved to play. No travel teams. Everyone played rec. You won or lost because back in those days we were allowed to talk about winning or losing. Baseball was just baseball and not some adult competition to see who could spend more money on equipment or stay in faraway hotels on weekends, or play in some fake all-star game tournament.