Aquaman is an Asshole

He embarrassed me in a dressing room in 1963. 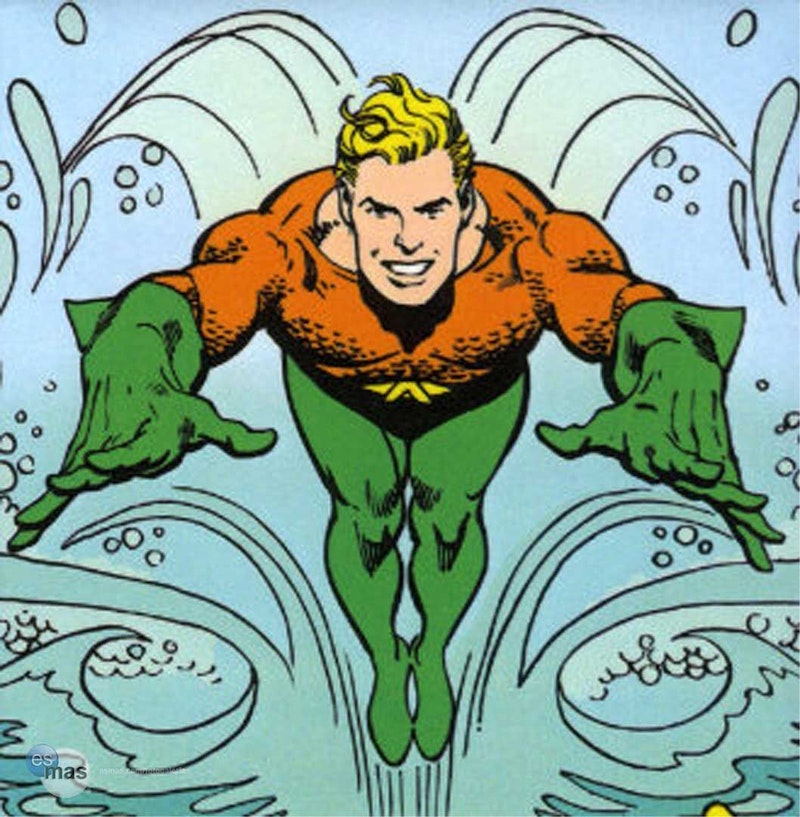 Aquaman is an asshole. Oh, you think he’s fake? You think he’s not real just because he’s in comic books? Please. Ridiculous logic. I’ve been in comic books and I’m real! It’s just that no one has seen them because I don’t advertise it. Well, actually the comic I was in was an advertisement: I posed for a Perdue Family Farms ad in the 1960s. No, I’m not proud. Yes, I was paid a pittance. But I had to get by. People don’t understand how volatile America was back then. I had to pay to take the bus. I had to pay to eat a meal. I had to pay to walk on the promenade (this was all before I was mobbed up, of course).

So I posed for some chicken advertisements. Chicken breasts, actually. Monica wasn’t available so I filled in (yes! You read that right—none of us are pure). I was more upset to continue the disgusting trend of animals being feminized in mainstream media than promoting our “murder” or whatever. I don’t even think that cunt Morrissey was born yet.

Anyway, Aquaman walked in on me in the dressing room. I suppose the Marvel offices were in the same mammoth Manhattan skyscraper that I found myself being debased in that day. At first he said, “Oh, excuse me,” confusing me perhaps for a fetching young mermaid, but then he realized I was a rooster and did a double take. He stammered a bit before recoiling in disgust: “What the fuck, Howard? Why is there a fucking beast of the wild in the dressing rooms? This place is DISGUSTING.”

He couldn’t finish before I vaulted off the wall and onto his face, spur-clawing his eyes and scalp and trying to draw as much blood as possible. He was flailing about trying to get me off, but I had my claws dug deep into his skin—it felt great. Still does. I’m sad I don’t get to assault people as much anymore.

Anyway, I think that’s why he started wearing that mask. Didn’t do much, Aquaman died in 1966—it’s all been imitators since. There’s a new movie of him apparently, and it’s six hours long? No thank you. No bueno! (that means “garbage” in Spanish). Not sure who’s getting the dosh for his estate from Marvel, but now that Stan Lee is dead, maybe I can reveal he was the one who… hmm. Okay, never mind. I’m already paranoid enough as it is.

I shouldn’t go revealing dirty secrets so freely, like the fact that Stan Lee had Aquaman assassinated so he could serve him for dinner. Or “it,” whatever. I’m against assigning gender to fish. Only humans. And roosters. (I’m non-binary and don’t fucking talk to me about it).

STOP LOOKING AT ME!