A Game of You

A review of “Bandersnatch,” a feature-length Black Mirror episode directed by David Slade. 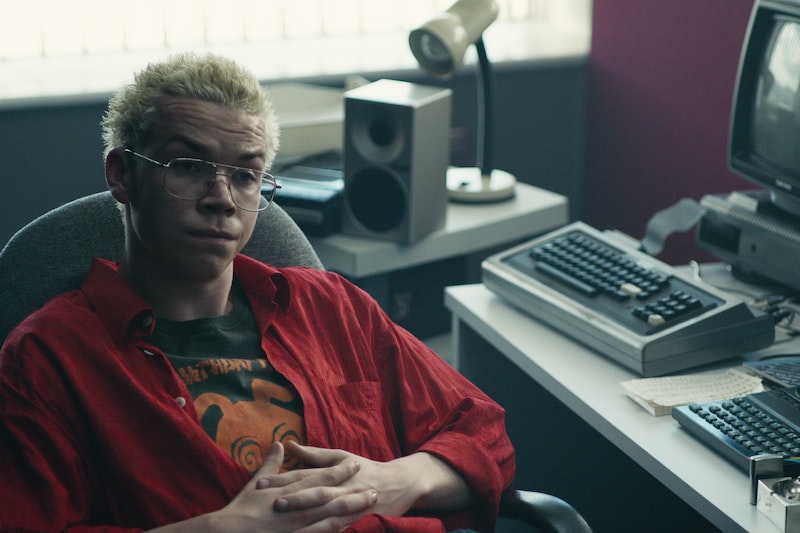 You may remember “Metalhead,” from Season 4 of Black Mirror, as the black and white episode where murderous robot “dogs” hunt a handful of human survivors. David Slade directed it. In interviews, series co-creator Charlie Brooker revealed a notion for the plot that he ultimately removed: the “dogs” were controlled by humans in another country, in shades of contemporary drone operation. He felt that, perhaps, this twist would’ve been a touch too depressing for a story that was already excessively hopeless and gloomy.

“Metalhead” is among many Black Mirror reference points that “Bandersnatch” salutes smartly. Set in 1984 England, the feature-length episode is a period-luxuriating anachronism that may initially put some viewers in mind of Maniac. A young man named Stefan Butler (Fionn Whitehead) is struggling to adapt a cult choose-your-own-adventure novel written by a controversial figure into a mass-market video game; he brings the project to a company named Tuckersoft, where he befriends video game design legend and Hunter S. Thompson wannabe Colin Ritman (Will Poulter).

Almost immediately, the episode erects some goalposts. There’s an uncomfortably solicitous therapist, a secretive, unctuous father, an early-life family tragedy. Expertly loading each moment with dread and portent, returning “Metalhead” director Slade builds a mystery luridly appropriate to the milieu. To appearances, the twist is that we—the viewers—control many of the choices Stefan makes. To appearances, the further twist is that as the story winds its way down whichever hyper-paranoid alleyways our choices seem to guide it, Stefan begins to realize that his choices aren’t his own.

As “Bandersnatch” begins and the nervous Stefan arrives at Tuckersoft for an interview, “Metl Hedd”—a new game developed by Colin—is on the verge of release. This is significant; remember it as the plot’s wheels begin to turn. Remember it as you try to recall the first time you saw War Games, Nightmares, or The Conversation. Remember it as you savor everything else Brooker and Slade serve up here: the lulling psychedelia of a Tangerine Dream tune, a camera panning away from a video tape of a memory that’s revealed to be film set, a poetic Butterfly Effect ending, graphics dissolving into blankness or coalescing into specificity on a primitive computer screen, an affable, gothic record store clerk, a liberating acid trip that descends into disaster, the myriad monologues about the nature of free will, the arbitrariness of many choices we’re directed to make for poor, doomed Stefan.

Savor all of that—that and the trillion articles and Reddit threads trying to solve or make sense of “Bandersnatch”—and recognize that nothing about the episode itself actually matters in the final reckoning. Fuck, this episode could’ve been set in any era or reality, could’ve been about anything, could’ve been a gloss on The Zero Theorum or Mute or Cloud Atlas or Caddyshack. “Bandersnatch” isn’t really about Stefan Butler’s life, or how disappointed any of us were with Netflix’s interface controls or storytelling quality. “Bandersnatch” is a sneaky, disporiac Black Mirror episode about transforming the Black Mirror audience into Black Mirror characters starring in their own Black Mirror episodes—millions of jittery, interconnectivity-addicted consumers glued to a cheap streaming service in a barely pre-apocalyptic present who force themselves to make tons of minor, nearly split-second decisions about the fate of a hapless character presented in a theatrical past as entertainment. These experience(s)—which can be extensive, depending on your patience—demand that we ask questions about what we want, and who we are. Are we campaigning for a deeper, stranger story? Are we angling for sensationalism, for the worst? Should Stefan kill, or die? It’s certainly provocative, and a minor triumph of interactive modernity that demands examination beyond a Siskel and Ebert-esque thumbs up/thumbs down rating.