I Can Explain the Spacey Tape

What the fuck, Kevin? 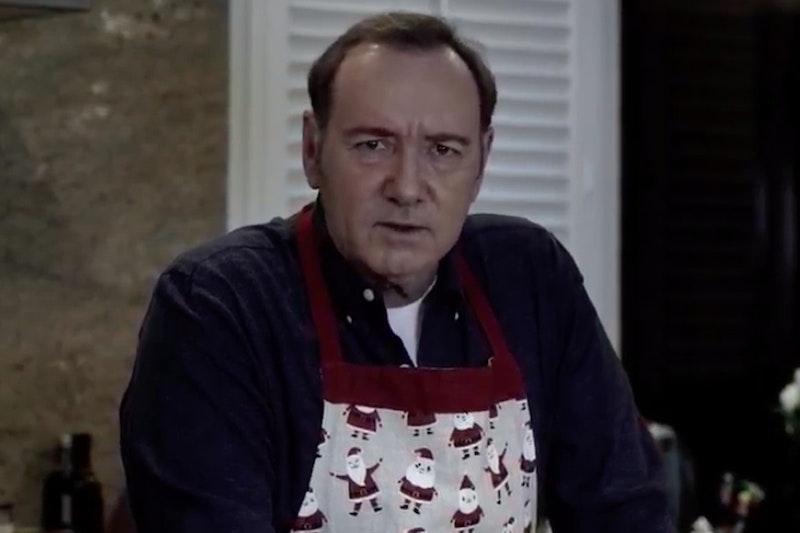 Have you noticed? I’ve been in the movies lately. So many roles, it’s hard to keep track: Roma, Shoplifters, Boy Erased, The Favourite, Green Book, Mirai (I was rotoscoped), and Vice (I was part of Christian Bale’s fat suit in the 2016 scenes). So much money! Well, not really. I could use more. Venmo me, please (same as Twitter handle). I’m spending money hand over fist and worried I won’t be liquidly solvent going into 2019. So, I’ve decided not to dabble but to dive into the most lucrative aspect of filmmaking: directing. Yes, let’s link because in 2019 you’ll be getting the first feature film written, directed, produced, shot, edited, and starring a member of the Quibbits clan. I don’t have a title yet so don’t ask.

It’s going to be a three and a half hour epic about my journey from the hills of Guatemala to the snake pits of the Amazon (I’m taking liberties with geography). There’s going to be lots of stars, I’ve already talked to them all: Brad Pitt, Tom Cruise, Jennifer Lawrence, Donald Trump as Jennifer Lawrence, Amy Adams, Lucas Hedges, Saoirse Ronan, Michael Cera, Dean Stockwell, Walter Matthau (hologram), even Nicole Kidman, who hasn’t been in any movies for years. So glad to have her on board! These agreements, of course, are all based on handshakes and elevator pitches, but beware, they’re real. You want the receipts? I can produce them, just slide into my DM’s. I won’t be taking any more questions today though, my phone bill is through the roof and I have to show AT&T these hands. Or claws, I should say.

I landed a production deal based simply on “personal favors” performed within the context of a “business meeting” in an “office” in “Los Angeles, California.” I’m assuming you’ve heard of it—that’s where they make pictures. I’m talking big leagues: Netflix Originals. When they came to me last week with proposals about a “soft re-launch” of the Frank Underwood character from House of Cards, I was skeptical. This was risky: Kevin Spacey again? Already? “We need a script doctor,” “You’re the fixer,” “We’re counting on you,” these are the things I hear on a daily basis from everyone around me. How was I supposed to say no?

I was on set this weekend with Mr. Spacey. I call him Kevin, we’re tight like that. Well, not that tight anymore, actually, uhh, we were never friends and I never met him until late December 2018. Yeah [put Lie #6 here]. All I can say is that Kevin—Mr. Spacey, sorry, deviated from the script of contrition and forgiveness I wrote for him and went off on that insane in character soliloquy. I didn’t write that script in character! It was supposed to be short, earnest and specific with regard to his victims! But then he showed up on set wearing that apron. Why did he insist on shooting in a kitchen? And what was with all those weird rape references? “I know you didn’t want it” or whatever? Jesus.

Yeah, definitely not friends with that guy, he’s weird and different from me. I’m still trying to make it in Hollywood so I guess this is part of the learning process, so cut me some slack. I’m only one of 537 roosters working in this business, I deserve a little respect and benefit of the doubt, at least more than that weird guy that has nothing in common with me and who has never stayed at my beach shack in Nantucket for many years ever before.

Great actor, though. Can’t take that away.