Last Survivors in The Kominsky Method

Old actors are inexpensive and they can’t give up acting. 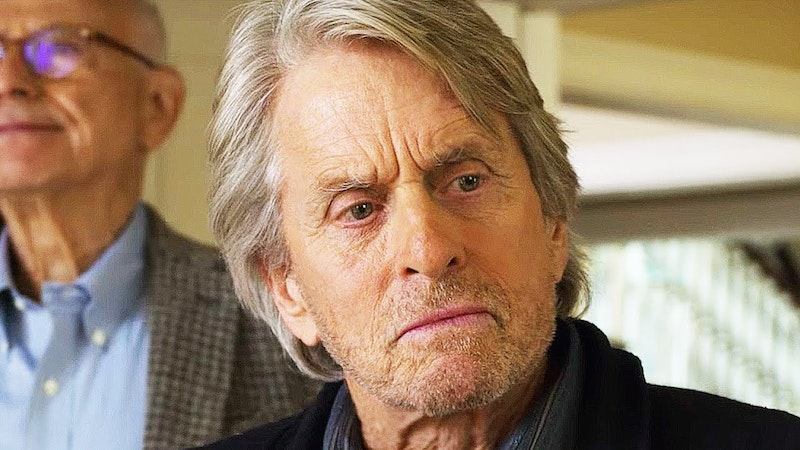 The hilarious Netflix comedy series The Kominsky Method stars septuagenarian Michael Douglas, who won an Oscar for Oliver Stone's Wall Street, and octogenarian Alan Arkin, one of America's beloved character actors. Douglas plays Sandy Kominsky, a great acting coach who failed in Hollywood because of his Broadway arrogance. Arkin is his far more successful agent Norman Newlander. They're best friends and the last survivors of their generation. Early in the show, Norman loses his wife of 46 years and Sandy learns to help Norman in is grief.

It's a show about two ornery men—with enough flaws to make for comedy and drama—learning to grow old, so there's a certain gravity and even dignity underlying the sitcom mood, which fits perfectly with the nostalgia we might feel for old Hollywood actors. Their dialogue is snappy and sarcastic, but the action constantly humbles their pride, as the weaknesses of old age take their toll. And ultimately their typical celebrity arrogance is all-American defiance of fate; an endearing fear of losing everything, and a pride in having survived through so many crazy changes—these men lived American history for most of the 20th century.

You get all this in eight 20+ minute episodes, so that's about one Avengers or Star Wars movie, but for adults. Netflix has a goldmine on its hands. Old actors are inexpensive, they can’t give up acting, and it's easy to find characters who’ll play to the best of our selective nostalgia. It's not that we don't know Hollywood is corrupt—it's that we know there's more to it than that.

Here's another surprise: Chuck Lorre created the show. He previously made The Big Bang Theory, the decade's most successful comedy. Lorre mocked his Millennial protagonists for living in the mythology his Baby Boomer generation created, but Millennials lack the rampant 1960s immorality. They're the epitome of square, not hip, and they've won America's heart—also, tech geeks own America's future. So that was more than a sitcom, it was a reflection on our future, as shaped by a generation of nerds who also took over entertainment.

The Kominsky Method is Lorre turning to his own generation—betting that the future is not kids, but retirees. The protagonists represent two varieties of American success and ambition. They're both Jews, which leads to all sorts of jokes in the series, but they come from different generations. The agent, Norman, is part of the assimilation generation—his parents gave him a name so WASPy, it's older than England itself: the Normans being the invading Vikings of William the Conqueror 1000 years back. And Newlander, his family name, shows the Jewish embrace of the all-American idea of a new start.

He dresses respectably and there’s a proud, harsh rigor to him. He built a successful business as a talent agent. He was devoted and faithful to his wife. Those achievements and virtues entitle him to judge everyone else for their failures. He looks down on people. But he shows the WASP strength of character—wealth hasn’t corrupted him. He lives in a beautiful big house that looks transplanted from Connecticut to Hollywood. He's laughable, but is an impressive man who rightly criticizes the young.

Sandy’s the opposite—a retiree dressing like trendy twentysomethings. He was once handsome and has never gotten over it. His self-respect still hangs on his erections. But old age has caught up to him and he has to learn to deal with his mortality. We hate the word old. There's a reason sports programming is full of ads for Cialis. We know the young have all the fun and we can never let go of that.

Sandy’s a Baby Boomer, with all the ugliness of that generation's popular culture. His Gen X-er daughter is a mother to him, because he never really grew up. He was so successful he never had to. Now, he’s learning to accept the claims friends and family have on him and begins to act like an adult. He does have some virtues—he's really good with young people. He not only trains Millennials to become actors, encouraging them to read famous 20th century playwrights. But he also helps them work through some of their issues. Actors are presented as damaged goods, or they'd be doing something more serious. I suppose we all suspect that—all the neediness for attention and the desire to escape into other people's lives. But we share in that, or we wouldn't look for escape through the entertainment they provide.

The respectable Norman was a terrible father, comparatively. He spoiled his girl rotten instead and now she's a druggie, perpetually pretending to be daddy's girl while trying to steal money. In-between laughs, the show is honest and moralizing about character flaws and how even good people harm others.

The show, to the extent that it's addressed to the young and liberal Netflix audience, does a lot of work to criticize the self-importance of creativity and talent and does as much to show the middle-class virtues of reliability and dignity. It's Lorre's best work in that sense.