The Persistence of Republican Memory 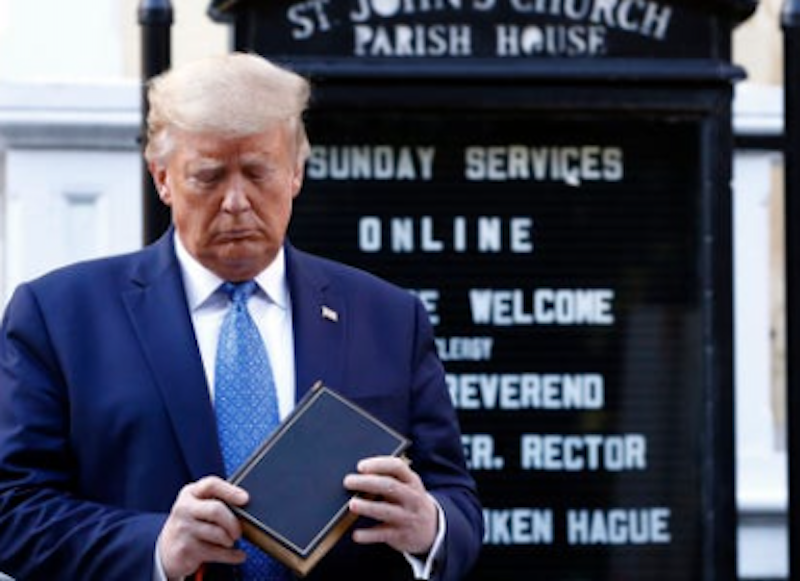 Salvador Dalí’s 1931 painting “The Persistence of Memory” is a classic of surrealism, a bizarre dreamscape of melted clocks, a crumpled entity that may be Dalí’s own face, and distant cliffs of his native Catalonia. For some, this stark scene evoked Einstein’s relativity, though Dalí reportedly said the inspiration was some cheese melting in the sun. In 2020, I see in this painting a contorted identity disintegrating in inexorable rot, i.e., the Republican Party.

Identity is a tricky thing. We change who we are over time, and we also hold on to who we’ve been. I was a Republican for over 30 years, and I’ve described in a previous article my gradual shift from right to center. As I’ve also written, I feel fortunate that my conservative and libertarian journalism over the years never became the dominant element in my career and personal identity that such became for some of my friends and acquaintances. Some of them now strive to continue writing and believing what’s demanded by their jobs, their social circles, their sense of self-esteem, even if it places them out of kilter with reality.

I’ve been an Episcopalian for about 10 years, another part of my identity. From childhood, I was nominally a Lutheran, in my case so nominal as to be inoperative and in any case always offset by being “half” (and by ancestry, more than that) Jewish. Once, in my early-20s I went to an emergency room with food poisoning, and when the intake nurse asked my religion, I was about to say Jewish, because in my tiredness at that moment I thought I was.

Interestingly, my path to becoming an Episcopalian was smoothed over the years by anti-Episcopal articles I read in National Review and other conservative publications, particularly those of a Catholic bent. The complaint was always that the Episcopal Church had gotten too open-minded, too tolerant, insufficiently attached to dogma; these writers didn’t realize the marketing potential of what they were assumed were obvious negatives.

As an Episcopalian, I can tell you that Episcopalians don’t tend to be prone to vocal anger, so the fact that you are hearing such now in response to the President’s posturing at one of our churches tells you something. Trump standing in front of St. John’s Church holding a Bible, after federal police have not only dispersed peaceful demonstrators so the president could walk there but also forced the church’s very own clergy away, is such an inversion of religious freedom that the photo-op may as well have been held in a landscape of stretched timepieces.

It’s rare that political events produce anything like certainty as to who’s right and who’s wrong. I recently wrote an article applying a framework of formal logic to the presidential race, but did so in a recognition that few would be convinced by such an unfamiliar approach.  But Trump posing in front of an Episcopal church with a Bible he’s never read as tear gas wafts nearby is a demonstration of demagoguery for which the Republican Party should long be remembered.

I feel more pity than anger at Republicans who’ve chosen to defend this man. Many of them will get more vehement as the fragility of their own identities becomes increasingly evident. They told themselves they were defenders of freedom, of limited government, of the rule of law; they saw themselves as upholders of moral and intellectual standards; they thought they’d be respected as such, could retain dignity, even while they pandered to the dumbest among them. But their melted clocks are stuck in the past, the mountains they once strived to climb recede into the distance, and their party rots in the sun like melted cheese.