Even among all the national outrage, police killings of black transgender people continue to be ignored. 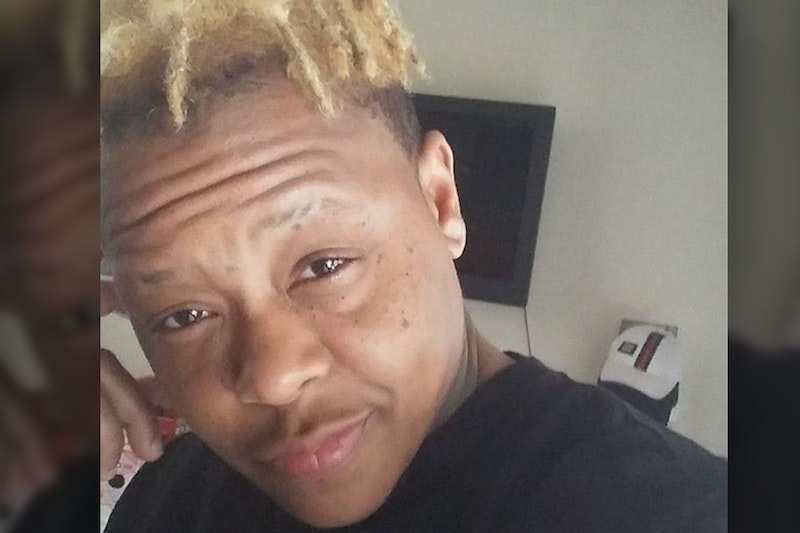 The murders of George Floyd and Breonna Taylor are getting the coverage they deserve, but black trans man Tony McDade’s death hasn’t received as much attention. On May 27th, Tallahassee police shot and killed McDade, 38, after he allegedly stabbed Malik Jackson, 21, in an act of retaliation after being mugged. Police say McDade threatened the cops, but a witness said the police started shooting without first trying to deescalate the situation. As McDade’s friend April told WFSU, the police could’ve used other ways to handle things instead of shooting him.

McDade’s killing isn’t an isolated event. According to the 2015 US Transgender Survey, black and indigenous trans people have more negative encounters with the police and are likelier to be arrested than white trans people. Similarly, a 2015 report from the Williams Institute found that 48 percent of LGBTQ violence survivors said they experienced mistreatment from the police, particularly LGBTQ people of color. Besides police discrimination, black LGBTQ people are more likely to live in poverty, have higher rates of HIV, and less likely to receive mental health care. Therefore, the fight for LGBTQ lives must include black LGBTQ lives, too.

Black LGBTQ people have been at the forefront of the LGBTQ rights movement. Marsha P. Johnson is the most obvious example; she may not have thrown the first brick at Stonewall, but that doesn’t diminish the work she did with fellow Stonewall veteran Sylvia Rivera with STAR. (Watch The Death and Life of Marsha P. Johnson on Netflix, which I reviewed two years ago.) Even before Johnson, there were black LGBTQ pioneers such as Bayard Rustin, Gladys Bentley, and James Baldwin.

Yet Pride has become more a corporate-sponsored party for middle-class white cis gay people than a commemoration of Stonewall. As George M. Johnson recently wrote for Them, “It has become more about giving corporations 30 days to support queer communities by slapping a rainbow on every product and donating to ‘good’ LGBTQ+ causes, while centering their allyship over the needs of those they claim to support.” When protests do erupt during Pride celebrations, though, people get arrested, especially black LGBTQ people. “Pride is not a party,” writes Johnson. “That’s not meant to say that we shouldn’t celebrate our communities and the progress we’ve made, but to remember the reasons this month is necessary.”

There are plenty of resources available for what we white people can do to be better allies, but in summary the first step is to educate ourselves by reading books, articles, and blogs by black people. Black people have already been talking about systematic racism for years, so it’s necessary that white people start listening. We can also talk to our white friends about racism because white people are more likely to listen to each other than black people. Then there are black-led LGBTQ organizations we can donate to like the Trans Justice Funding Project, Black AIDS Institute, and the LGBTQ+ Freedom Fund, among others.

This year for Pride, white LGBTQ people need to speak out more for our black siblings. Even if we can’t physically go to protests, there are other ways of showing up for racial justice. We owe it to our elders who paved the way for us.