Tales of Wealth and Power 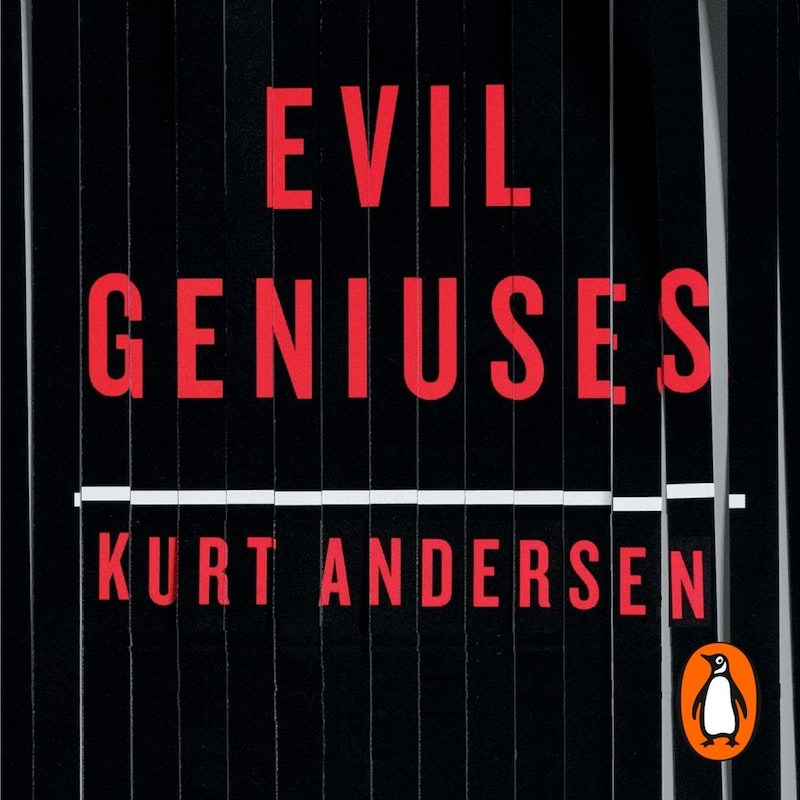 I got a text months ago from one of my college roommates, a successful entrepreneur who once tried to help me with calculus, encouraging me to read Evil Geniuses. I hadn’t heard of it, but saw it was a book by Kurt Andersen, who first came to my attention decades ago as a co-founder of Spy magazine (where my brother and I once published a cartoon). I’d started Andersen’s previous book, Fantasyland, which hadn’t held my attention. Not committed enough to buy it, I ordered Evil Geniuses from the library, receiving it some weeks later.

Having now read it and mentioned it in a couple of recent articles, I nominate Evil Geniuses for the top of your 2020 reading list, a book that offers insights into where we are as a nation and how we got there. In particular, it tells the story of the conservative movement, of which I used to be a part, and how it reconfigured America’s “political economy” (a term Andersen uses to emphasize links between politics and economics) to benefit the wealthy and big business.

In Andersen’s telling, American conservatism over the past four decades has been a sustained effort to further enrich the rich. Certainly, my right-wing friends and acquaintances would disagree, countering that what they care about is national security, religious values, or individual freedom. But while Andersen’s focus is reductive, he has a point. Looking at the Republican Party from Reagan to Trump, one sees no other lodestar, no policy emphasis given higher and more consistent priority, than tax and regulatory relief for its wealthy donors.

Not all of the rich are on board with this agenda, including my former roommate, a Democrat. In fact, some entrepreneurs who’ve created businesses are particularly appalled by what Andersen decries as the “financialization” of the economy; where for example companies get swallowed by private equity and laden with debt, shedding jobs in the process. The mania for finance began around the time I was graduating college in the late-1980s. I interviewed with a few investment banks, just following the herd. Not long after, I wrote for a financial newsletter, looking to laud “innovations” in companies’ treasury machinations.

Later, I was an editor at a magazine for financial advisors, a profession that increasingly has taken a laser-like focus on high-net-worth clients. In the 1950s, the brokerage industry was interested in serving small investors, offering them reassurances that prudent, long-term strategies would be followed, not tips from shoeshine boys and elevator men as before the Crash of 1929. Merrill Lynch sent brokers out to meet the public in buses equipped with armchairs, and sponsored essay contests on cereal boxes (“We like Wheaties because…”), rewarding winners with shares and advice. G. Keith Funston, president of the New York Stock Exchange, set up an installment program for buying stocks, touting “people’s capitalism.”

Andrew Yang’s “human-centered capitalism,” featuring a universal basic income, is an updated version of that imperative to spread the benefits of a market economy beyond a handful of people who set and rig the rules. Andersen takes up the UBI banner in Evil Geniuses, cogently arguing for it as a needed countermeasure to automation-driven job losses and the weakness of our social safety net. He also discusses how people might thrive in a world where work is far less central to the economy, noting that the Victorian upper class as well as pensioned longshoremen of his Brooklyn neighborhood found ways to lead fulfilling lives without jobs.

Andersen argues that the Democratic Party, particularly in the form of white-collar neoliberals like himself, bears a share of the blame for America’s socioeconomic travails; that the center-left went along too willingly with proposals from the right. Yet Evil Geniuses is not so much a manifesto for the left as an attempt to move beyond binary thinking about left and right, capitalism and socialism. He argues, for instance, for revitalized antitrust enforcement as a way of boosting competition. And he makes a crucial point that letting companies emit climate-disrupting greenhouse gases without paying for it is a violation of free-market principles.

Andersen describes a critical moment in the late-1980s when James Baker, secretary of state in the George H.W. Bush administration, called for an urgent effort to counter global warming through reduced carbon emissions and reforestation. This was then kiboshed by John H. Sununu, the chief of staff, who showed he was “a prototypical Republican for the new age: an asshole personally, a conservative hard-liner, and a critical figure in turning the party away from reason and science and common sense toward full-bore denial of climate change.”

Evil Geniuses will be uncomfortable reading for people on various points of the political spectrum, including those who reject Trumpism yet still admire the pre-2016 Republican Party. The party that now exists took decades to make.