The Realm of Math

Beyond the haze of fear and boredom. 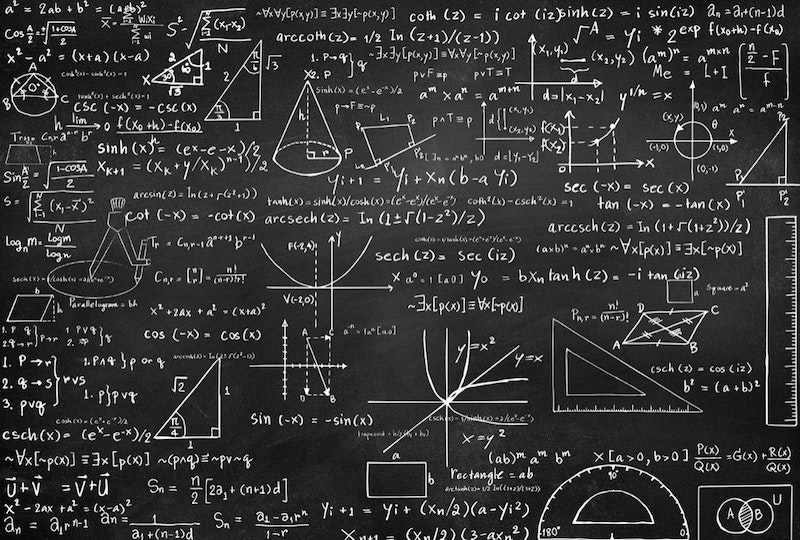 Mathematics is a vast subject. “Doing math” can mean many things, like “playing sports” or “making music.” The path we take through K-12 math education is a narrow one carved significantly by Cold War imperatives in physics and engineering; it shows you less of math’s intersections with areas far from “rocket science.” Worse, this path gives a sense of math as a settled field, with key principles established centuries ago; it provides little hint that math has a moving frontier of unanswered questions, innovative concepts and unexpected connections.

Like many, I have sour memories of my math schooling. Once I was giving a presentation with the overhead projector in front of my advanced algebra class in high school. The teacher asked, “Where’s the vertex?” and for some reason I’d no idea what she was talking about. “Just sit down,” she snapped, though she was usually a genial type.

I decided not to take calculus in high school, a foolish choice as I also had a growing interest in science. When I finally took calculus in college, it was an agonizing slog, with the relevant algebra now partly forgotten and the new concepts not really clicking. Once my roommate David tried to help me with a problem that involved an ostrich walking along the X-axis. He went on to be a wealthy co-founder of a tech company. I got a C-minus on the course.

My majors were economics and history. The math needed for undergrad economics, at NYU in the 1980s, was manageable: mostly algebra and statistics. Grad school economics required more advanced math, but I saw that as a reason not to go to grad school. And yet I also had some affinities for math. If I were interested in a topic, I’d plunge in. In 1989, my name was in a puzzle column in Scientific American, because I was one of the first five people to send a postcard correctly locating the minotaur in a 3-D labyrinth.

Math phobia is common. I suffered it to some degree when I was struggling with calculus. But boredom was my greater foeover the years. Memorizing formulas; performing algorithms, or step-by-step routines; solving problems in which a prescribed method led to a definite answer—I perceived from my classes that math was characterized by its operations not needing or benefiting from creativity.

Strangely, Carl Sagan’s great book and TV show Cosmos contributed to my math wariness. Celebrating the empiricism of the ancient Ionian philosophers, Sagan contrasted them with Plato and others who sought to grasp reality through pure thought. In an appendix to the book, Sagan described how the Pythagoreans proved the square root of two is an irrational number (that it can’t be expressed as a fraction, or ratio of two whole numbers); he lamented that they shrouded this discovery in secrecy. The lesson I took—reading too much into Sagan—was that math’s crucial role was to provide tools for science, not to pursue knowledge on its own.

It was only decades later that I took a real interest in math. One step in that direction was reading Unknown Quantity, a history of algebra by John Derbyshire. I was struck by the thought that, if it’s difficult to learn some math techniques, imagine what it’s like to develop those techniques in the first place. Moreover, the creation of algebra took place over centuries and across regions. Thinking of such work as uncreative or boring was absurd.

Edward Frenkel’s excellent book Love and Math was a revelation, showing that math’s current-day frontiers are alive with intellectual ferment, nothing like the settled field I imagined in school. His research focus is the Langlands program, which probes hidden links among diverse fields of math and may open insights into quantum physics. I interviewed Frenkel for Research, a financial magazine for which I worked at the time, on connections between math and finance.

Subsequently, I began taking online math courses, with Keith Devlin’s superb “Introduction to Mathematical Thinking” and some courses on prime numbers and Fibonacci numbers among the highlights. Anyone interested in new developments in math should be sure to read the online magazine Quanta, published by the Simons Foundation. (Disclosure: I’ve done editing off and on for the foundation, though not for Quanta, which is editorially independent.)

I’m no mathematician, but fear and boredom about math have lost their hold on me. I know the prime number sequence after 3, 5, 7 will never include another prime triple (three successive odd numbers that are all primes, or divisible only by one and themselves), because any such succession would include a multiple of three. The frequency of prime twins, however, is a subject of complex proofs at the cutting edge of number theory. The prime numbers provably go on forever, and the mysteries about them may never be exhausted.