Government killed about 231 times as many last century as COVID-19 has. 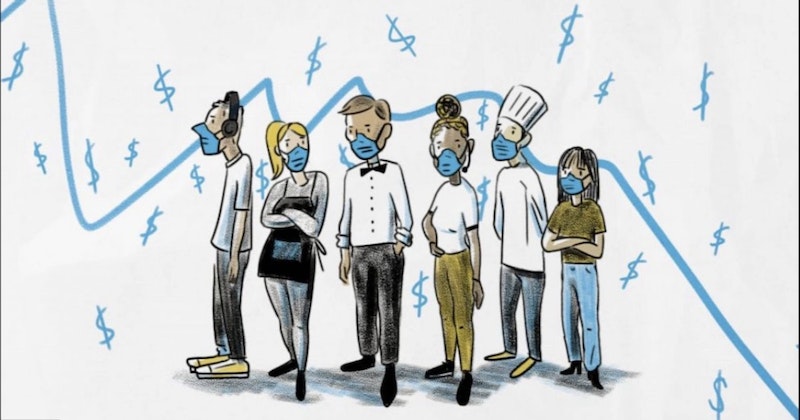 If COVID has an especially devastating impact on obese, already-ill, extremely elderly people packed into nursing homes in close quarters with other sick people, it’s fair to ask—before casting aspersions narrowly on U.S. COVID-response plans—which country, much as we love it, is known for having an especially high number of very fat, very old, nursing-home-bound citizens.

Might that help explain the U.S. purportedly having a fourth of the whole planet’s COVID deaths despite having only a 24th of Earth’s population?

Notice New Orleans and Italy, both known for having many cramped multi-generational homes that almost seem from a prior era, were especially hard hit in the first few months of the pandemic, back when we were at least keeping track of a short, huge wave of real deaths instead of just panicking over every last “case” detected, symptoms or no symptoms, as we’re lately being admonished to do.

A sane national discourse would include succinct attempts to answer demographic questions like this. We instead now live on a steady diet of long-winded rationales for feeling guilty about raising any questions that might detract from the official narrative, as if “science” is now a solemn, unanimous undertaking, like a penitent church service that can brook no rude, disruptive noises.

But real scientists, many of whom I suspect are frustrated by the excessive panic over COVID but staying silent—much the way so many of them have learned to do when they hear yahoos shouting about climate change as if it will destroy the Earth in a few years—are supposed to ask counter-narrative questions such as this one: How bad does COVID look compared to other diseases (such as annual flu, though we all know COVID is not just the flu) when calculated in terms not just of number of cases, nor even number of deaths, but in “years of life lost”?

There will always be some people who can’t combine talk of death with talk of math without becoming confused or offended (though this will not stop CNN from showing the total number of purported U.S. COVID deaths in the corner of the screen like a stock ticker to pound the message into even the sleepiest of its viewers). However, I swear to you that the most thoughtful of public health professionals regularly ask utilitarian questions such as, “Will new threat X kill a hundred young people with rich lives ahead of them or only kill a hundred extremely elderly people who have terminal illnesses and would have died weeks later anyway?” (One more reason, too, that dying “with COVID” is not the same thing for analytical purposes as dying “from COVID.”)

It makes a difference whether COVID kills the vibrant or the already-nearly-dead, not because we should regard any life as worthless or disposable but because the real impact, the total suffering, may be much greater in the former case than in the latter—more joys forgone, more potentially-lived days snatched away. With any less-politicized illness, this would be another basic—and fairly calm and dry—part of the conversation, especially among the experts. (One can hardly denounce such calculations for the sake of supporting Team Biden, given that one of his core health advisors, Ezekiel Emanuel, wrote an essay six years ago arguing it’s best if people die by age 75 to avoid drains on the healthcare system and economy.)

One can’t avoid the creeping suspicion that in the current crisis, the “days of life lost” numbers will be widely reported if and only if they happen to reflect badly on the current U.S. administration. That’s not a conspiracy, exactly, but it’s not just dispassionate “science,” either.

If one really wanted to examine the numbers rationally, albeit in an overtly political fashion, one might next take a stab at calculating the number of lives likely to be lost if the current crisis greatly emboldens government to grow larger and intrude more into our lives. It’s taboo to point this out in an era in which the youth have hammers and sickles in their Twitter profiles and socialism is unabashedly touted even by seemingly non-political websites such as Teen Vogue, but governments of all stripes have a tendency to kill very large numbers of people, though their rhetoric remains humane-sounding throughout.

As I write this, COVID has supposedly killed 1.3 million people around the world. Tragic—but governments, over the course of the 20th century (just to take one admittedly somewhat arbitrary comparison), killed about 300 million people, decimating the human race (which existed in numbers averaging about three billion that century). The murderers weren’t just fascist governments, either, but communist ones, monarchies, and no small number of democracies, though the democracies usually had more plausible or self-defense-oriented rationales than the fascists.

We’ll never know the exact numbers, but the biggest chunks, by some estimates, break down something like 100 million killed by communists, 100 million by all foreign wars, and 100 million by various holocausts, pogroms, civil wars, and brutal police actions. Again, the numbers are likely off—but probably not an order of magnitude off.

Yet we yawn and accept ever more government restrictions on individual liberty, as if government has become wise and kind in recent years. New York’s autocratic Gov. Cuomo suddenly limits private residence gatherings to 10 people, starting this past Friday just days after the announcement, with hardly anyone these days asking government to clarify the scientific argument, legal authority, or—heaven forbid—constitutional rationale for such a restriction, not to mention any and all future such restrictions (remember legal precedent, which has a tendency to foretell future events by warning of “mission creep”?).

Meanwhile, Cuomo’s close ally in hypocrisy and tyranny, Sen. Chuck Schumer, parties maskless amidst a big pro-Biden crowd. Little people like you get to be tracked and traced by in-house thermometer stations and sign-in scans for your cellphone if you dare to go to a restaurant, and you know damn well such tech will be used for everything imaginable, each time with some tiny new excuse, for the rest of eternity, if we accept it.

Were it all instituted to combat “terrorists” or “subversives,” there probably would’ve been massive protests. But call it a modest health measure and every pompous pedant you know will soon be wagging a finger and telling you to submit, at least here in Manhattan. We hear stories of life being more normal out there in the land beyond (where I see some 300,000 former New Yorkers have fled permanently this year).

This new submissiveness before government is not a path leading immediately to mass death, but if that phase one day arrives—if government starts culling the disobedient with some flimsy public-health excuse—just be intellectually honest enough to admit that when this dark new era began, it was government regulation that shut down our civilization, not a virus itself.