Twilight of a Right-Wing Era

Closing a span of not just four years but 40. 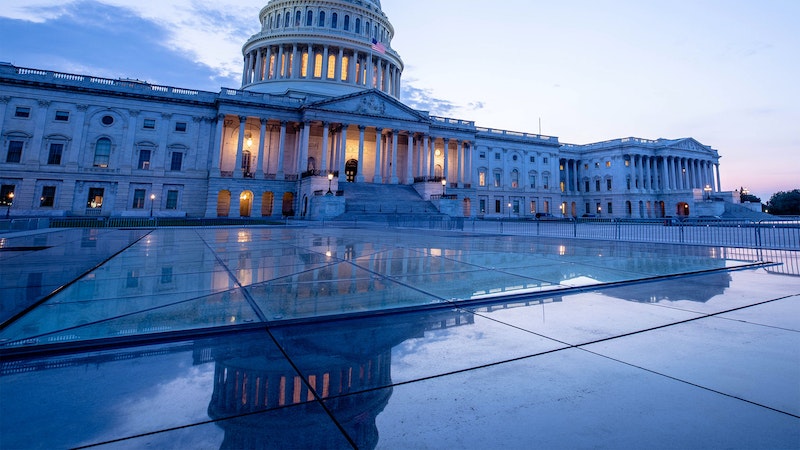 Of course, you should count your chickens before they hatch. The poultry industry does it all the time, as they couldn’t do planning without such projections. I’m going to assume that Trump will lose the election and, as I’ve written, will leave without provoking a full-blown crisis. The interregnum surely will be ugly, with many abuses of power, but it will end on time in January. I’ll also assume the Democrats will win a slim majority in the Senate while retaining control of the House. None of this is certain, but it’s a reasonable inference from recent polls.

Longer-term predictions sometimes have more credibility than short-term ones. How is it that we can predict climate change of future decades when we can’t be sure about the weather 10 days from now? That question, posed by skeptics of climate models, is misguided; long-term climate projections incorporate averages of weather effects, much like averages of numerous dice rolls can be discerned even if there’s no way to predict what happens on the next roll.

What if anything is inevitable in politics? That’s a question that’s been on my mind lately in reading Kurt Andersen’s book Evil Geniuses: The Unmaking of America: A Recent History. The book gives me much to mull over as an ex-Republican disaffected from my former party. My tale of disillusionment stretches over decades, making it hard to pinpoint a moment when things really “went wrong.” Andersen’s book puts the 1980s at its center, with the Reagan administration setting America on a malign path that it’s been on for four decades now.

I’ve certainly resisted that idea, but it’s one I’ll take more seriously going forward. It’s easy to point to discontinuities between Reagan and Trump: on trade, immigration, optimism and more. But it may be that a demagogic figure on the right was going to emerge sooner or later; that as long as rich Republican donors were getting the tax and regulatory breaks they wanted, they’d see little problem with the party embracing authoritarianism and a personality cult.

In any case, it’s plausible that future historians will denote 1980–2020 as something like “the Age of Conservatism,” bracketed by Reagan’s victory and Trump’s defeat. Such a perspective would emphasize how Republicans dominated politics and policy, how they often set the terms of debate even when Democrats held the White House or fleeting majorities in Congress. Such histories will note Bill Clinton’s “triangulation” and Barack Obama’s passage of a health care plan that owed its conceptual origins to Republican politicians and think tanks.

The newly formed 6-3 conservative Supreme Court majority raises Republican hopes and Democratic fears of the federal judiciary stalling the Democratic agenda, that a future influx of Republican candidates will take office before much has changed, policy-wise. But the 1930s showed that a conservative judiciary can only do so much to hold back elected politicians who’ve arrived on a wave of popular support and dislike for previous officeholders. The Barrett appointment may end up being seen as a consolation prize for a party in calamitous defeat.

It’s been a truism on the right that “politics is downstream from culture,” a phrase reportedly coined by the late Andrew Breitbart. If so, the introduction of GMC’s Hummer EV, “the world’s first all-electric supertruck,” may herald the 40-year conservative era’s close. If the coming era is one where ruggedness and masculinity mesh with sustainable energy and environmental consciousness—and supertrucks are needed to drive through floods and wildfires intensified by climate change—then expect today’s Republican Party to fade swiftly into the rearview mirror.